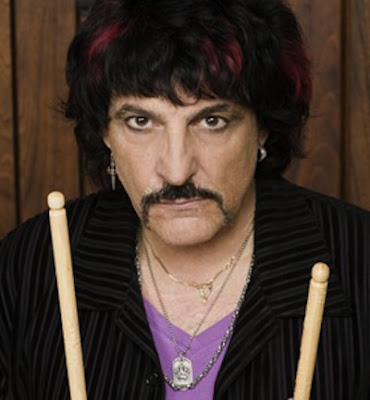 As drummer for Vanilla Fudge, Carmine Appice set the grooves for the groundbreaking band's 1967 psychedelic debut, inadvertently inventing Stoner Rock in the process. The Fudge had no precedent. The band was totally unique. No rock group, up until that point, had ever s-t-r-e-t-c-h-e-d out well-known pop tunes. Vanilla Fudge went on to tour with Jimi Hendrix, Cream, and even had Led Zeppelin as an opening act. 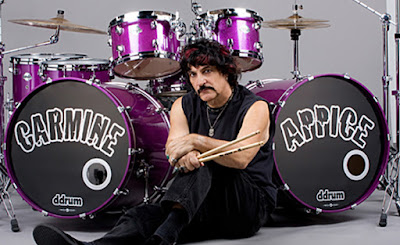 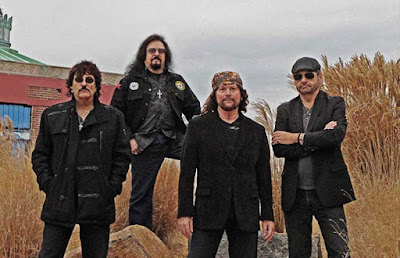 In the early 1980s, he toured with Ozzy Osborne, Ted Nugent. In the mid '80s, he formed King Kobra for two Capitol albums and international touring. In the late ‘80s, Carmine played on Pink Floyd’s "Momentary Lapse of Reason and formed Blue Murder with Whitesnake's John Sykes and The Firm's Tony Franklin. In the early '90s, he pounded away soul-style for The Edgar Winter Group.
As an educator, Carmine was the first to legitimize rock drumming with his landmark book, The Realistic Rock Drum Method, selling over 400,000 copies (now in dvd and ebook format). He was the first Rock Drummer and Rock Musician to conduct instructional clinics and symposiums around the world, a tradition he continues. In appreciation for his universal appeal, Los Angeles was one of four cities that have had "Carmine Appice Day.”  In 1991, he was forever immortalized via his induction in cement to the Hollywood's Rock Walk (next to his idols, Gene Krupa and Buddy Rich).
In 2016 Carmine wrote an autobiography titled “Stick It” which appeared on Amazon’s “Best Sellers” list. 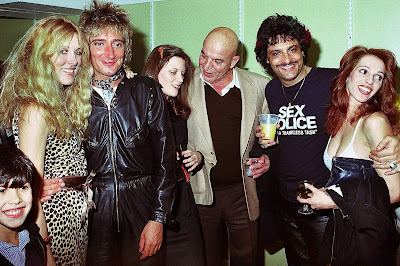 As a true artist, Carmine stretches the limits of his talents, always pursuing new experiences with a broad spectrum of musicians. His high standards have earned him the respect of the world's most admired performers as well as captivating the loyalty of legions of fans. He has reshaped the path of music education, redesigned the very instrument he plays, and recreates excitement with every performance.
Carmine Appice is, truly, A Different Drummer! 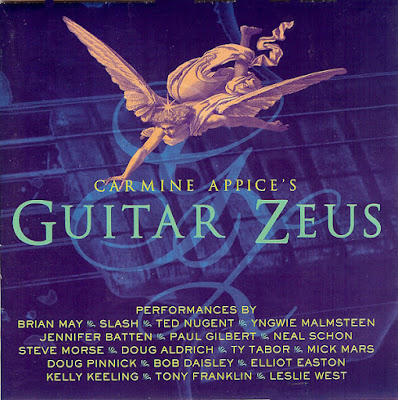 Guitar Zeus is:
*First ever album of its kind featuring 32 guitar icons w/ original songs – never done before
*Available now for the first time across all digital platforms as well as vinyl format
*Bonus songs found from original sessions, tapes baked and had new solos put out – ie: Bumblefoot       *** Go to GUITARZEUS.NET***
This is the only and most comprehensive guitar legend compilation album ever recorded of new music
ALBUM FEATURING THE BEST & WORLD-RENOWNED GUITARISTS
A GUITAR ENTHUSIASTS DREAM COME TRUE!

There’s enough great rock and roll on this album to last a lifetime!If you were stranded on a desert Island with an MP3 or disc player this would be the only album you would need to survive on....Ray Shasho(5) Stars! 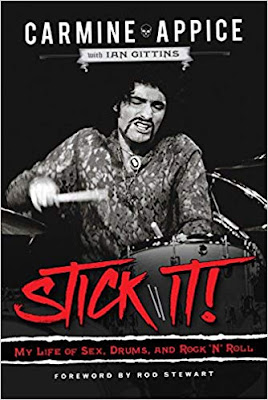 My Life of Sex,Drums,
and Rock 'n' Roll

He ran with teenage gangs in Brooklyn before becoming a global rock star in the Summer of Love. He was managed by the mob, hung with Hendrix, trashed thousands of hotel rooms, unwittingly paid for an unknown Led Zeppelin to support him on tour, taught John Bonham (as well as Fred Astaire) a thing or two about drumming, and took part in Zeppelin’s infamous deflowering of a groupie with a mud shark. After enrolling in Rod Stewart’s Sex Police, he hung out with Kojak, accidentally shared a house with Prince, became blood brothers with Ozzy Osbourne, and got fired by Sharon. He formed an all-blond hair metal band, jammed with John McEnroe and Steven Seagal, became a megastar in Japan, got married five times, slept with 4,500 groupies—and, along the way, became a rock legend by single-handedly reinventing hard rock and heavy metal drumming.
Carmine Appice has enjoyed a jaw-dropping rock-and-roll life—and here he is telling his scarcely believable story. Cowritten with Ian Gittins, the coauthor with Nikki Sixx of the New York Times bestseller The Heroin Diaries, Stick It! is one of the most extraordinary and outrageous rock-and-roll biographies of our time.
available at amazon.com 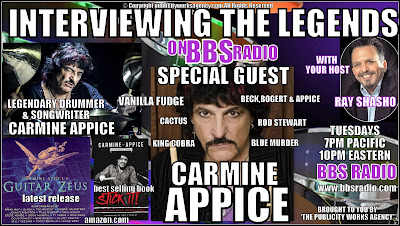 Posted by Classic Rock Here And Now at 11:20 PM