“War” by Edwin Starr
“Band Of Gold” by Freda Payne
and the list goes on and on ...
SONGWRITER of the HIT SINGLE "SCORPIO" 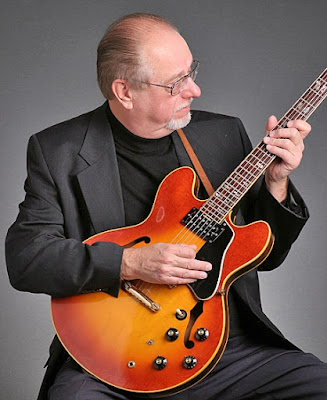 Dennis Coffey is an American original. Only in America (and specifically, only in Detroit) could one man play guitar with a group of legends as diverse as Del Shannon, The Temptations, and George Clinton and Funkadelic. However, the list of iconic artists, producers and writers Dennis has worked with the world over only scratches the surface of what the man has done and the contributions he’s made to the canon of popular music. 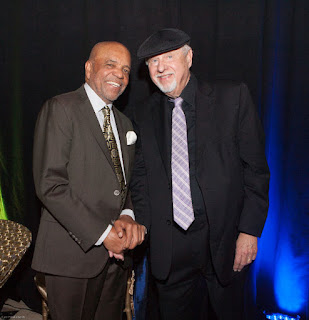 Dennis Coffey first began to make his mark as a member of The Royaltones, a group which had hits in the late 50’s and early 60’s and who performed sessions with other artists, including Del Shannon. From there, Dennis moved on to a distinguished run as a session guitarist for various labels operating at the peak of Detroit’s influence as a hub of musical innovation and commercial success. He’s perhaps best known for his work as a member of the legendary Funk Brothers, backing a veritable trunk load of hits for Motown, specifically The Temptations’ classics “Cloud Nine,” “Ball Of Confusion,” and “Just My Imagination.” It is in those works that his introduction of the wah-wah guitar sound to Motown (and soul / R&B in general) first reared its head, and the resulting influence on all kinds of popular music continues to reverberate to this day. His work with The Temptations is just the tip of the iceberg, though… he’s on stuff like “War” by Edwin Starr… “Band Of Gold” by Freda Payne…on and on the list goes. 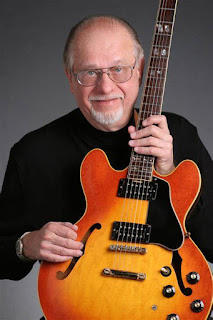 In the early 70’s, Dennis struck out on his own as an artist, film scorer and producer. He scored the cult classic film Black Belt Jones. He recorded “Scorpio” in 1971 as part of his second solo record and first for Sussex (“Evolution”). “Scorpio” was a million selling single and was a key foundational track in the history and development of hip-hop, totally apart from its status as a funk classic
Dennis is also featured in the 2002 film Standing In The Shadows Of Motown, further cementing his legacy as a key contributor to the development of some of the most cherished and important popular music of the 20th Century.
So, yeah… the man’s important. This isn’t just a history lesson, though. Dennis has continued to write and perform music. He’s a lifer. Now, it’s time for a new chapter. An opportunity to both remind music fans of what he’s done and show them what’s to come. 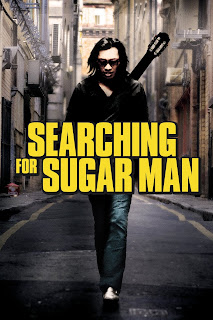 Dennis is a cast member in the Sony film Searching for Sugarman. He is also co-producer and co-arranger along with Mike Theodore for some of the songs on the soundtrack. He also plays guitar and bass in some of those songs.

"Guitarist Dennis Coffey was in that elite band of musicians who helped to create the Motown Sound." 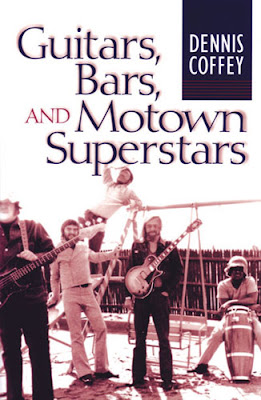 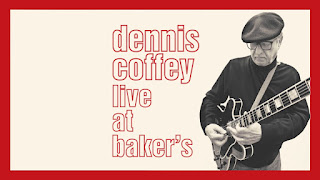 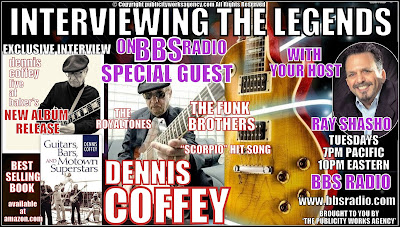 And don’t forget to purchase a copy of my book entitled Check the Gs -the true story of an eclectic American family and their Wacky family business ... available now at amazon.com. You’ll live it!!!
Have a great week everybody!
Posted by Classic Rock Here And Now at 2:13 AM