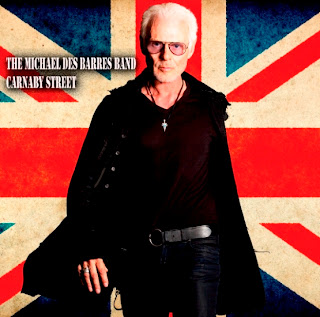 Michael Des Barres is a perfect example of how perseverance, hard work, and a positive outlook, can achieve many of life’s yearnings. Michael is an incredible story; he embraced his passion for the arts and has never looked backed.
Acting lessons at the Corona Stage School led to a supporting cast member role as “Williams,” a London East End pupil on the 1967 British drama, To Sir, with Love starring Sidney Poitier. Besides acting, Michael loved music, especially American blues and rock ‘n’ roll. He formed his first band called the Orange Illusion in his teen years.
In 1972, Michael Des Barres became frontman for British glam rockers and cult icons Silverhead. The band eventually signed with Purple Records (owned by Deep Purple) and released two essential albums, Silverhead (1972) and 16 and Savaged (1973).
Silverhead became a significant role model for future generations of glam rock groups.

After the premature disbanding of Silverhead, Michael Des Barres formed Detective. The band was signed to Led Zeppelin’s Swan Song label by legendary guitarist Jimmy Page in 1975. Detective featured guitarist Michael Monarch (Steppenwolf) and Tony Kaye (Yes). The group recorded three studio albums, Detective (1977), It Takes One to Know One (1978), and their third album was recorded on Atlantic Records but never released. (Michael remains friends with Jimmy Page and Robert Plant).
During this time Michael Des Barres appeared on the WKRP in Cincinnati television episode “Hoodlum Rock” as the infamous Sir Charles 'Dog' Weatherbee of the band Scum of the Earth. (Rob Zombie released a song called “Scum of the Earth” in 2000, and a heavy metal band by the name of Scum of the Earth was formed in 2003).

After the break-up of Detective, Michael Des Barres teamed up with Ex-Sex Pistol guitarist Steve Jones to form Chequered Past. The line-up also included bassist Nigel Harrison and drummer Clem Burke from Blondie, and guitarist Tony Sales formerly of Utopia. (The band recorded one album together called Chequered Past). Des Barres also became the lead singer of the touring and Live Aid version of The Power Station, a Duran Duran spin-off band.

Michael Des Barres penned the world-wide hit “Obsession” with Holly Knight, which became a huge hit for the LA new wave group Animation in 1985.
Des Barres states that he loves performing in front of a live audience in a rock ‘n’ roll band, but he’s also in love with all the arts, and in many shapes and forms. He’s also an accomplished actor and probably best known for playing the infamous villain ‘Murdoc’ on the popular TV series MacGyver and ‘Alex’ in the movie Pink Cadillac.
Michael has appeared in countless film, television, voice-over and stage roles and his credits are awe-inspiring. Visit http://www.imdb.com/name/nm0220735/ for a complete listing of his credits.

At 64, Michael Des Barres continues to amaze, mystify and diversify.
In April of 2012, Des Barres reunited with Silverhead and all his old mates for the first time in 38 years. The band performed to standing room only audiences in Japan. He’s also recently appeared on the television series The Finder, Suits, and the motion picture California Solo.

More impressively, Michael Des Barres returns to his mid- 1960’s roots with an incredible hard-driving rock ‘n’ roll band initiated by old school elation. The new CD is entitled Carnaby Street and will be officially released on July 10th. Des Barres indicated, “I feel I’m part of a movement that is slipping away, I have something to bring to the table that is endangered of being swept under the carpet.”
After listening to Carnaby Street, two things became certain …rock ‘n’ roll needs Michael Des Barres and we need more Michael Des Barres. The band is incredibly tight and Des Barres’ vocals are majestic. Des Barres embellishes the essence of a ‘British rocker’ by epitomizing Rod Stewart, Noddy Holder and Steve Marriott all in one voice. It’s an incredible musical journey back to the swinging rock ‘n’ roll days of London. Carnaby Street is a natural flow of raw rock energy reminiscent to the days when rock was king. The Brits are back and ready to rock!
I had a chance to chat with Michael last week about the new CD, his inspiring music and acting career, his rock and roll mates, and creating opportunities in life.
I found Michael to be brilliant, receptive, spiritual, charming, and a bloody rocker to the end!

Buy Ray’s very special memoir called ‘CHECK THE Gs’ -The True Story of an Eclectic American Family and Their Wacky Family Business… You’ll LIVE IT!
Also available for download on NOOK or KINDLE edition for JUST .99 CENTS at amazon.com or barnesandnoble.com -Please help support Ray so he can continue to bring you quality classic rock music reporting. 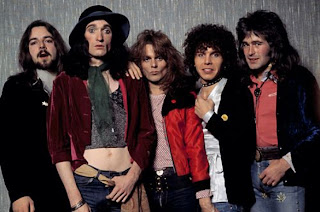 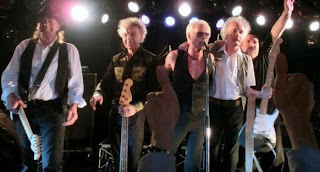 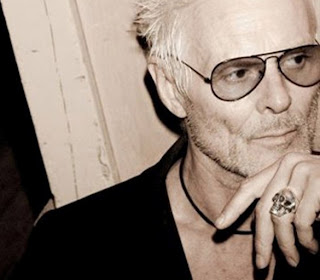 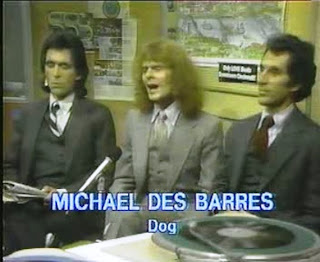 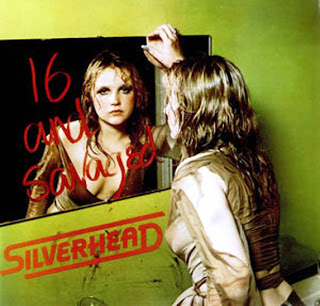 Posted by Classic Rock Here And Now at 11:54 PM