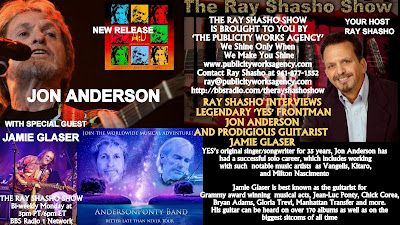 In support of their critically acclaimed CD/DVD release “Better Late Than Never”, the AndersonPonty Band, featuring music icons Jon Anderson and Jean Luc Ponty, will be touring North America in Spring 2016! The band played a series of successful US dates in the Fall of 2015 and are excited to bring their music to the fans once again.
One of the most eagerly awaited releases of 2015, the AndersonPonty Band’s “Better Late Than Never” features outstanding performances by the group from September 2014 at the Wheeler Opera House in Aspen, Colorado, as well as some innovative production.

Along with some breathtaking new musical compositions, “Better Late Than Never” also showcases rearrangements of classic YES hits like “Owner Of A Lonely Heart”, “Roundabout” and “Wonderous Stories”. The album also includes some of Jean Luc Ponty’s beloved compositions, with Jon’s lyrical vocals and melodies enhancing the music and creating a very special and unique sound such as “Infinite Mirage” a new song incorporating Jean Luc’s classic tune “Mirage”. 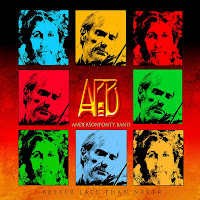 YES’s original singer/songwriter for 35 years, Jon Anderson has had a successful solo career, which includes working with such notable music artists as Vangelis, Kitaro, and Milton Nascimento. International violin superstar Jean Luc Ponty is a pioneer and undisputed master of his instrument in the arena of jazz and rock. He is widely regarded as an innovator who has applied his unique visionary spin that has expanded the vocabulary of modern music. Together these two music legends have formed a musical synergy that is unparalleled!

Jean Luc Ponty was originally approached by Jon Anderson with the idea of working together as far back as the 1980’s. Now 30 years later the dream has become a reality!

Jamie Glaser is best known as the guitarist for Grammy award winning musical acts, Jean-Luc Ponty, Chick Corea, Bryan Adams, Gloria Trevi, Manhattan Transfer and more. His guitar can be heard on over 170 albums as well as on the biggest sitcoms of all time, Seinfeld and Married With Children. Jamie’s compositions can be heard weekly on CBS sports, ABC, Animal Planet, History channel, Discovery, and ESPN. His solo albums have been successful worldwide. Jamie is presently the guitarist for Jon Anderson and Jean Luc Ponty. The AndersonPonty Band recently completed a US tour on the heels of their recent CD/DVD release "Better Late Than Never". 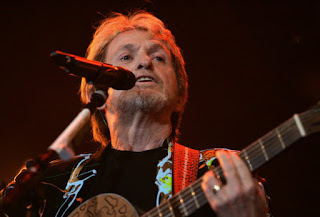 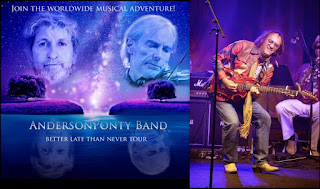 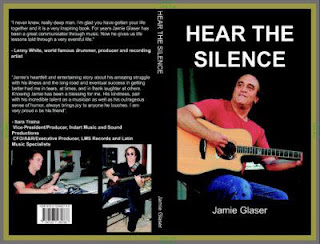 
"Hear The Silence"
at Amazon.com


THE RAY SHASHO SHOW
Bi-weekly Monday Afternoon at 3pm Pacific/6 pm Eastern
On the BBS Radio 1 Network
THE RAY SHASHO SHOW
IS BROUGHT TO YOU BY
‘THE PUBLICITY WORKS AGENCY’
We Shine Only When We Make You Shine
Website http://www.publicityworksagency.com/
Contact Ray Shasho at 941-877-1552
Email us at ray@publicityworksagency.com
http://bbsradio.com/therayshashoshow
Posted by Classic Rock Here And Now at 1:04 AM No comments: