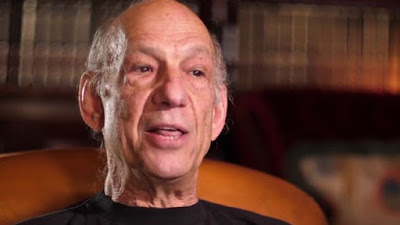 Neil Ratner quit college in the late sixties and traversed the Hollywood celebrity world as a successful road manager for names like Edgar Winters White Trash and tour manager for Emerson Lake and Palmer. He established a full-service production company (a pioneering approach at this stage) to support the artists on tour and worked with T-Rex, Genesis, Pink Floyd and many others. Later in his career he managed the successful songwriter Denise Rich and built Dream Factory studios in NYC. Denise was the wife of Marc Rich, (one of the world’s most successful commodities traders, indicted in the largest case of tax evasion ever brought against an individual in the US at that time) After his successful career in the music industry he decided it was time to follow his heart and pursue his other childhood dream of becoming an MD. Even though not a single American school wanted to take him, he didn’t give up and moved to Mexico to get his medical degree. He made it back into the American system and after many years of residency Neil became an anesthesiologist. Traditionally anesthesiologists worked in hospitals, but Neil had other ideas. 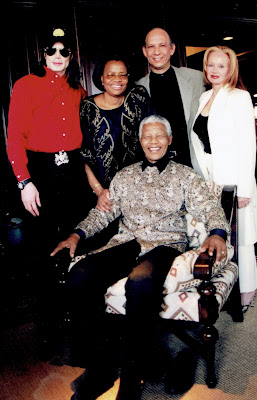 He was the first to take the practice of anesthesia out of the hospital and into doctors’ offices in NYC. When Propofol became available in the U.S. in the late 1980 s Neil was one of the first to become expert in its usage as it was a perfect drug for office use. His relationship with the top plastic and reconstructive surgeons in New York allowed him to treat a number of high-profile patients. That is how Neil met Michael Jackson. He became his personal doctor and a close friend. They had a lot in common. Neil accompanied the star from late 1997 until his last performance in 2001. Neil became a trusted friend of Michael's from 1994 to 2002, periodically going on tour and spending time with Michael at Neverland.
Rock Doc is Neil’s remarkable journey about Rock & Roll and Michael Jackson, Nelson Mandela, a prison sentence with very unexpected results and how helping the poorest of the poor became a key part of his life. 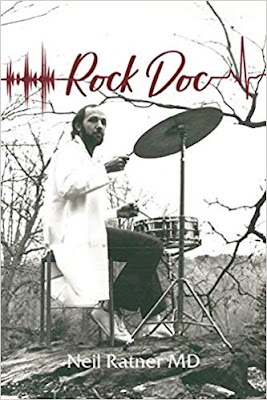 ROCK DOC will take you from backstage at a Pink Floyd Dark Side of the Moon concert in the early seventies, where Neil's production company, Circus Talents, Ltd. was providing production services, to the office operating rooms of elite New York surgeons where Neil Ratner MD was Director of Anesthesia. Neil was an aspiring rock n roll drummer but ended up on the other side of the business working as both a tour manager for Emerson, Lake, & Palmer and providing production for the Pink Floyd. After a bad attack of kidney stones and a stint in the hospital, Neil had an epiphany and decided to pursue his childhood dream of becoming a doctor. Dr. Ratner became an expert in the use of the new drug, Propofol, a drug that would play a significant role in Neil's future. Although Dr. Ratner encountered many celebrities in his anesthesia practice, one would change his life... Michael Jackson.


“ROCK DOC” CHRONICLES NEIL RATNER MD’S EXTRAORDINARY LIFE JOURNEY FROM
THE MUSIC BUSINESS TO MEDICINE,
BACK TO MUSIC AND EVERYWHERE
IN BETWEEN 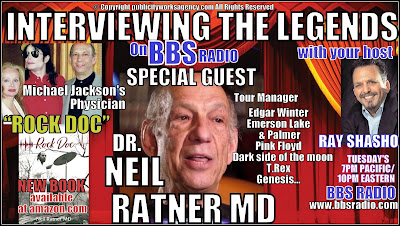 Posted by Classic Rock Here And Now at 3:14 AM No comments: