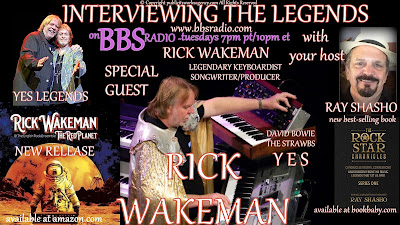 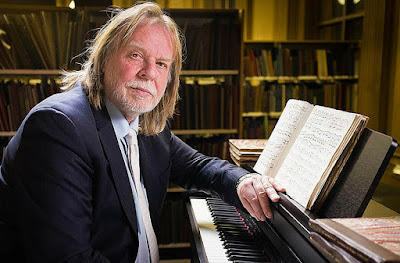 Rick Wakeman's work on the classic albums of the progressive rock band Yes, his hugely successful solo albums, as well as his contributions to classic David Bowie songs, has earned him a reputation as one of rock's greatest ever keyboardists.. Classically trained on the piano, he later attended the Royal College of Music. He first made his name as a session musician at Trident Studios. Among his notable early work was playing Mellotron on David Bowie's breakthrough single "Space Oddity". 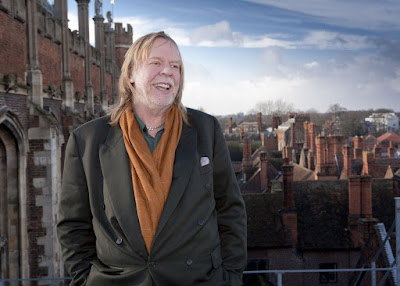 Bowie subsequently asked Wakeman to play on his "Hunky Dory" album, which has become one of his most acclaimed works and produced the songs "Life on Mars", "Changes" and "Oh! You Pretty Things", which all featured Wakeman on piano. In the early 1970s, Wakeman was one of the most sought-after keyboardists in Britain. He played on albums by The Strawbs and was receiving offers to join the progressive rock band Yes and David Bowie's band The Spiders from Mars at the same time. He chose to join Yes and during his time with the band they recorded several of the most famous albums of the progressive rock genre, including "Fragile", "Close to the Edge" and "Tales from Topographic Oceans". Wakeman also recorded some hugely successful solo albums during the 1970s, principally "The Six Wives of Henry VIII", "Journey to the Centre of the Earth" and "The Myths and Legends of King Arthur and the Knights of the Round Table". 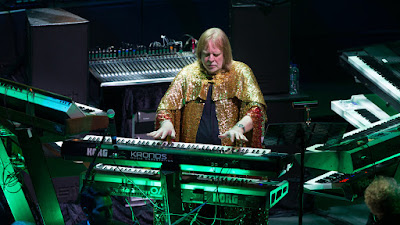 Keyboard Legend Rick Wakeman & The English Rock Ensemble recently released “The Red Planet.” The album features 8 newly composed pieces, especially for this project, and harks back to Wakeman’s critically acclaimed debut album “The Six Wives of Henry VIII” where there were 6 heavy keyboard pieces based around a central subject matter. 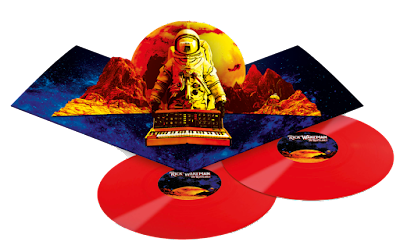 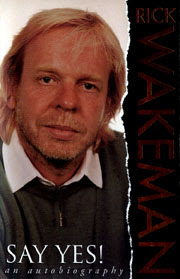 SAY YES!
An Autobiography
Publication Date:4 May 1995
Synopsis've been in and out of Yes more times than Barbera Cartland has put pen to paper. The band still has a massive following around the world with an annual Yes convention and more fanzines than I can keep up with. Yet our highs and lows have never been documented, especially by someone from the inside.'
With the Strawbs, Yes and through his solo career, Rick Wakeman is known to millions for his keyboard wizardry and brilliant compositions. From his earliest days as a concert pianist, Say Yes! is a humourous celebration of 25 years devoted to the best in music. After many classic albums like Fragile, Close to the Edge and Listzomania, he now plays with Anderson Bruford Wakeman Howe.
Yet Rick Wakeman's life has not been laughter all the way and Say Yes! reveals the darker side of three marriages, a heart attack at twenty-five and a long struggle with stardom. Through it all runs the thread of his belief in God, an outrageous sense of humour and a passion for golf. Here is a candid and highly entertaining journey to the centre of rock. 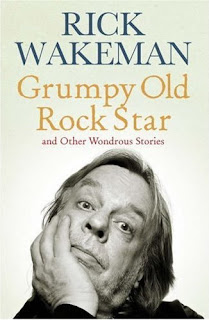 Book Description
Grumpy Old Rockstar is a collection of never-before-told stories from Rick Wakeman's amazing life, from ordering a curry on-stage to how he ended up with the earth from around Che Guevara's body in his shed.
Synopsis
Around about September 1948, Mr and Mrs Cyril Wakeman had an early night and some time later, at Perivale in Middlesex, Mrs Wakeman produced a bonny baby son. They named him Richard, but he quickly became known as Rick. Rick was a likable little fellow who had a talent for the piano and for making trouble, and music became Rick's life. Later he joined a popular music group called YES and became a legend. Much later he became a Grumpy Old Man who appears on Countdown, hosts a hugely popular radio show on Planet Rock and performs a one-man show telling stories about his rather extraordinary life. Which is where this book you are holding comes in. Mr Wakeman is simply one of the great storytellers of our age - let's face it, he has some fabulous material. It seemed a shame that some of the funniest yarns should not be more widely known. So he accepted some cash and here we are. Curl up by the fire with a Grumpy Old Rockstar and your nearest and dearest. We defy you not to want to read it aloud and laugh. 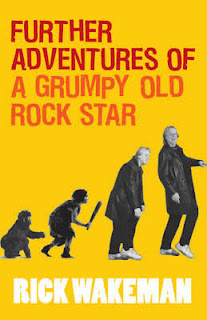 Synopsis
What do Postman Pat, Tommy Cooper, Norman Wisdom and George Best have in common with being abandoned in a Costa Rican jungle after a severe bout of flatulence? Indeed how are they connected to trying to buy an Australian brewery just to get a beer, owning twenty-two cars, an American soccer team and Swiss mail-order pornography? I suppose we have to come clean and volunteer the name of a certain keyboard genius called Mr Richard Wakeman (Rick to his thousands of chums). That said, you'll then not be surprised that this second volume of wondrous stories elaborates on violinists falling out of trees, being mauled on live TV by a German Shepherd, playing golf with kangaroos, amputations sound-tracked by prog rock classics, a concert played to a solitary canine and signing autographs on the toilet...And don't forget severe leg injuries on the set of Mastermind, extreme profanity live on radio at Wimbledon and berating Pike from "Dad's Army"..." The Further Adventures of a Grumpy Old Rock Star" takes you, the privileged reader, on a trip of absurd excess, a cultural car crash of side-splitting hilarity and an unforgettable glimpse (again) into the life of one of Britain's most legendary showmen, rock stars and all-time great raconteurs.
available at amazon.com

Posted by Classic Rock Here And Now at 11:13 PM No comments: