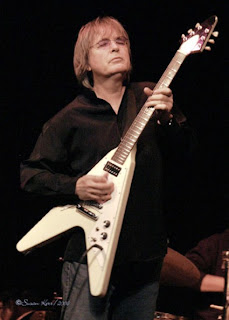 British Blues extraordinaire Kim Simmonds recently accomplished a remarkable rock and roll milestone by celebrating forty five years with his legendary blues/rock band Savoy Brown. Since 1966, Simmonds has been founding member, lead guitarist, vocalist, and songwriter of the band. Savoy Brown was part of the UK blues progression that helped to regenerate and popularize blues music in America throughout the 60’s.

In 1968, Simmonds decided that the band needed a new direction and brought in Chris Youlden as their lead vocalist, Lonesome Dave Peverett on guitars, Rivers Jobe on bass, and Roger Earl on drums with perhaps one of the bands strongest lineups to date. Savoy Brown toured and recorded extensively spawning the albums Getting to the Point, Blue Matter, (featuring the hit single, “Train to Nowhere”) A Step Further, (featuring crowd pleaser, “I’m Tired,”) Raw Sienna and Looking In. Savoy Brown quickly developed a huge fan base in the U.S and became a mainstay on progressive rock format radio and concert arenas worldwide.

In 1970, lead vocalist Chris Youlden departed. Shortly thereafter, new bassist Tony Stevens, Lonesome Dave Peverett, and Roger Earl, left to form their new group Foghat along with ex-Black Cat Bones guitarist Rod Price. Foghat went on to score big commercially using Kim Simmonds formulation of blues-rock-boogie from Savoy Brown. Critics claim that Savoy Brown should have been a commercially successful supergroup if it weren’t for all the personnel changes over the years.

In 1971, a new Savoy Brown lineup was formed that included former members of Chicken Shack along with vocalist Dave Walker (later joined Fleetwood Mac, Black Sabbath). The band released, Street Corner Talking. The album brought the band their best chart success to date featuring Motown classics, “I Can’t Get Next To You” and “Tell Mama” which took the band to platinum status.

Kim Simmonds /Savoy Brown are the epitome of what rock and roll was… and should always be. Deep-rooted, pure, artistic, manifesto, virtuoso, everlasting… these are the components that should land Kim Simmonds in the rock and roll hall of fame. Savoy Brown is genuine rock and roll heritage.
Savoy Brown’s current lineup is Kim Simmonds on guitars and vocals, Joe Whiting on sax and vocals, Pat DeSalvo on bass and Garnet Grimm on drums. Their latest release, Voodoo Moon credits Andy Rudy on keyboards and Ron Keck on percussions.

When you listen to Savoy Brown’s Voodoo Moon, you’ll understand why the band is genuine rock and roll heritage. Simmonds exhibits some of the greatest rock and roll lyrics to come out in years on Voodoo Moon. The opening track called, “Shockwave” is the quintessential rock and roll tune. Simmonds illustrates many of the greatest rock/blues catchphrases of all-time on the next track called, “Natural Man” a slow- rockin’ blues tune that recreates iconic bluesmen of past and present.

The next track… “Too Much Money” showcases sly melody with innovative guitar licks. “She’s Got The Heat” has got lyrics that could only have been written by rock and roll lore ... She pours on gasoline she makes the flame go higher. It’s a rock and roll boogie number featuring Kim Simmonds notorious slide- guitar wizardry and a tune that will certainly rock hard in front of a live audience.

The next track is a cool slow bluesy number called, “Round and Round” followed by the album’s title track, a daunting bluesy anthem called, “Voodoo Moon.” The last track on the album, “Meet The Blues Head On,” is an affirmation by Simmonds … Don’t run and hide you’ve got to meet the blues head on.
Voodoo Moon is authentic rock and blues at its very best!

Savoy Brown will be one of the headliners on the Hippiefest 2012 tour beginning in August. The bill will include Johnny Winter, Edgar Winter, Rick Derringer, Leslie West and Kim Simmonds/Savoy Brown. Check my column regularly for updates and tour schedule.

Order Ray Shasho’s great new book called Check the Gs –The True Story of an Eclectic  American Family and Their Wacky Family Business. Get your copy at amazon.com or iuniverse.com

Normalcy is a myth and anyone who tells you differently isn't very normal. "Check the Gs" is a memoir from Ray Shasho who tells of his own offbeat upbringing working in the family business art gallery, from a young age. Of Cuban and Syrian descent, he tells a very American story of coming from everything, seeing everything, walking the line of the law and much more. A fun and fast paced memoir, "Check the Gs" is a worthwhile addition to many a memoir collection. ~~ MIDWEST BOOK REVIEW 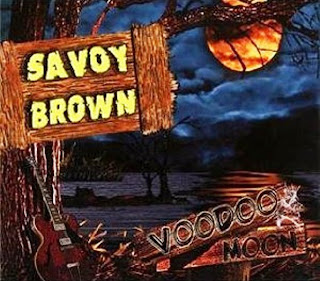 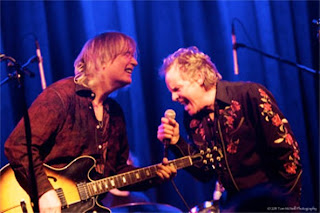 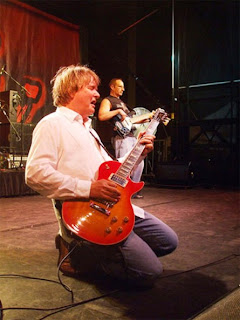 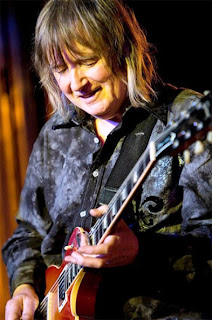 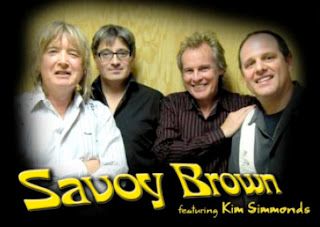 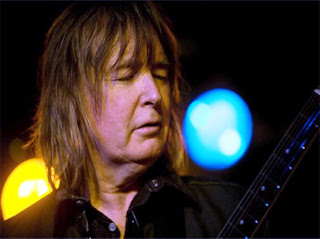