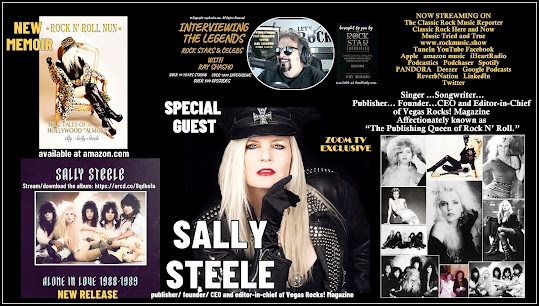 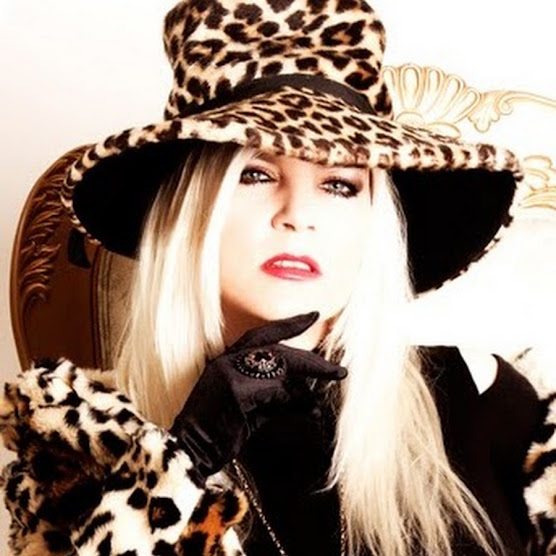 With her teased-up blonde hair and supermodel looks, it’s no surprise that Sally Steele found herself cast in music videos by the likes of Loverboy, Eric Carmen, Bruce Willis and others. But her true passion was always in music creation and so, in 1986, she put a band together and started performing shows in the musical mecca of Hollywood’s Sunset Strip. 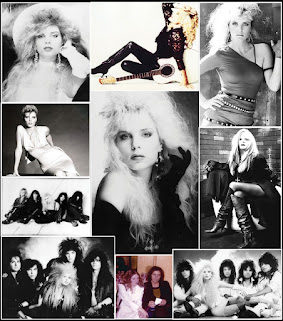 Soon she crossed paths with mega producer Paul Sabu (Heart, John Waite, Glass Tiger and more) who helped Steele bring two of her songs to life, “Too Bad (It Had To Be You” and “Leave My Heart Alone.” A music video was filmed for the latter and premiered on MTV’s Basement Tapes show in 1988.

After some personnel changes, Steele’s band soldiered on with more songs and recordings. They became regulars at The Coconut Teaser, FM Station, Madame Wong’s and The Whisky. However, as the music scene began to change in the early ‘90s Steele decided it was best to hang up her guitar – but she never lost her true passion. 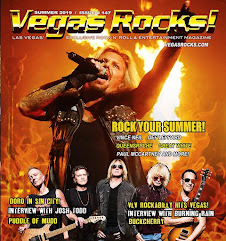 As Steele puts it “It was back when the Seattle grunge scene had replaced the music I loved from the ‘80s and I was told my music was ‘too commercial.’ But here we are today, and I am so excited to finally get my material out to the world. I hope you enjoy my songs from the 1980s. And one thing that has never changed is – I still live and breathe rock n’ roll 24 hours a day!” 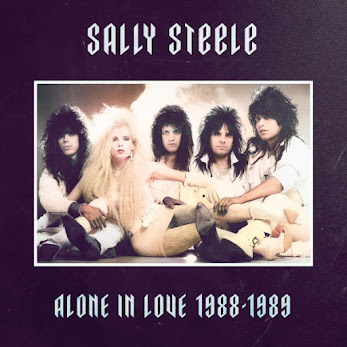 Stream/download the album at https://orcd.co/8qdbo1a

True Tales of a

If there is anyone who has dedicated their life to rock n’ roll, it would be Sally Steele. Immersed in rock music and entertainment her entire life, Sally started taking pictures of rock stars and celebrities backstage at age 14 in the mid ‘70s which included Aerosmith, Black Sabbath, Kiss, Deep Purple and many others that were relatively unknown at the time. She moved to Hollywood in the 80’s, where she fronted several rock bands that toured both Japan and the U.S. She also landed several roles on television and in movies, along with lead and featured roles in several MTV videos which included “Hungry Eyes” with Eric Carmen and the lead role in “Little Lady” by Duke Jupiter which was in the top 10 rotation on MTV in 1984. 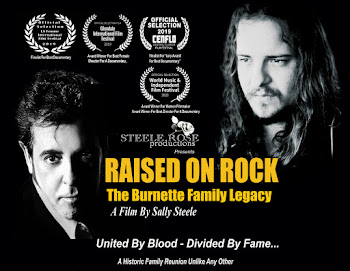 Sally Steele is on a mission to reunite the legendary battling Burnette family- a family 'United by Blood-Divided by Fame'. The filmmaker travels across the United States interviewing special guests while learning the amazing rock history of Johnny Burnette and Dorsey Burnette and The Rock and Roll Trio who influenced Elvis, The Beatles, Led Zeppelin and many others, on her quest to bring Rocky and Billy Burnette and the members of the family together for one final dramatic and exciting performance at the end of the film, trying to heal the rift that rocked the world and tore a family apart echoing down a generation to the family “Raised On Rock“.

Posted by Classic Rock Here And Now at 4:06 AM