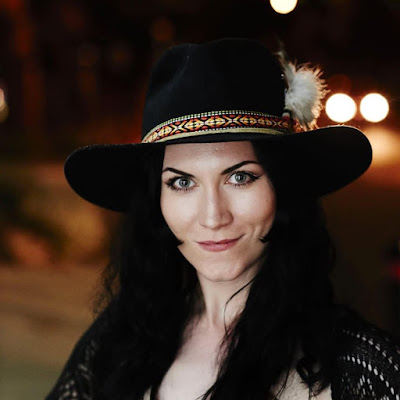 Since her celebrated band Purson played its final gig in December 2016, singer, songwriter and multi-instrumentalist Rosalie Cunningham has been quietly reinventing her career and is emerging from her self-imposed “musical hibernation” as the visionary solo artist she always was.
Rosalie’s eponymous début album – due for release in early 2019 – is the result of an extended period of reflection and will contain her strongest and most daring songwriting to date, ranging from a three minute Blackbird-esque nod to her creative hero Sir Paul McCartney, to an epic prog rock saga that will take the listener on the mother of all sonic journeys.
The album features a full range of musical styles showing off to the full Rosalies incredible vocal range and playing ability and is sure to delight both old fans of Purson and hopefully many new fans. The self-titled album will be available both on Digipack single CD and 180-gram vinyl format on July 26th. In support of the release, Rosalie and her band will be touring the UK in July 2019 with further dates to come.
Her creativity first reached the wider public in 2007 when she founded her first professional band, the all-female, Gothic-psychedelic outfit Ipso Facto, releasing three singles and a mini album, touring as support to Magazine and The Last Shadow Puppets, and becoming the new darlings of the festival circuit.
After Ipso Facto’s split, Rosalie immersed herself in the session world, guesting with numerous bands and artists, and appearing on TV programmes including ‘Later… With Jools Holland’, ‘BBC Electric Proms’ and NBC’s ‘Jay Leno Show’, however, the burning urge to cultivate her own music was never far away. In 2011, wearing her psychedelic influences even more proudly, Rosalie’s next move was to launch the internationally acclaimed Purson. 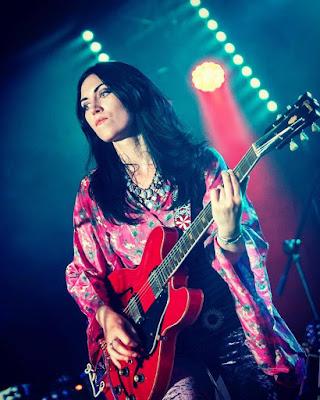 For Rosalie, her creative spring has finally blossomed, though not without a few birth pangs. She explains: “After Purson came to an end, I continued to write songs, not for an album, a band or anything in particular – it was purely cathartic. Being subconsciously released from the shackles of writing music for a band to perform live let me express myself more honestly. Some of the lyrics are quite close to the bone and I’ve found myself exploring new genres. 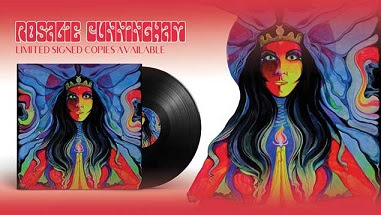 For more information about Rosalie Cunningham visit www.rosaliecunningham.com  or www.facebook.com/RosalieCunninghamOfficial 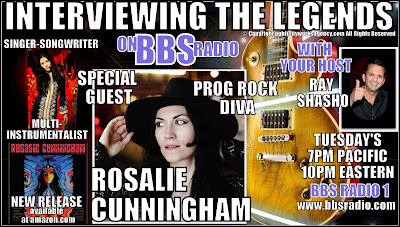 Posted by Classic Rock Here And Now at 11:18 PM