MANFRED MANN’S EARTH BAND was formed in 1971. The third incarnation began while lead singer and guitarist Chris Thompson took over the frontman duties in 1974. Thompson was born in Ashford, Kent, England but raised in New Zealand. After joining the band as their new lead singer, Manfred Mann’s Earth Band scored huge with their #1 hit song penned by Bruce Springsteen “Blinded by the Light” (1976). The tune remains a mainstay on commercial radio stations. The Manfred Mann’s Earth Band track also became the only #1 hit written by Bruce Springsteen. The Earth Band toured excessively and released many other popular recordings including another Springsteen composition entitled “Spirits in the Night,” “Davy’s on the Road Again,” “You Angel You,” and the Top 40 hit “Runner.”

In 2004, Chris toured with Jeff Wayne’s musical version of ‘The War of the Worlds’ while finishing in 2010 with 21 sold-out shows in England.

In 2005, Thompson rejoined Manfred Mann for 22 sold-out shows in Germany with “Night of the Proms.”

Chris Thompson also released an album featuring Big Band and Orchestra music entitled ‘Do Nothing Till You Hear From Me’ in 2012.
I had the great pleasure of chatting with Chris Thompson about his incredible new album ‘Toys & Dishes’… the inception of “Blinded by the Light”… Manfred Mann’s Earth Band … touring… and much-much more.

Here’s my recent interview with singer, songwriter, guitarist, multi-instrumentalist, and legendary frontman for Manfred Mann’s Earth Band … CHRIS THOMPSON.
Ray Shasho: Hi Chris, you’re in Belgium?
Chris Thompson: “I am.”
Ray Shasho: You’ve begun a tour that kicks off soon in Norway?
Chris Thompson: “We’ve actually already done ten gigs in Germany at the end of last month. We’ve had a little bit of time off so I can do a radio promotions tour in Germany. I wouldn’t say we’re touring but we are doing four or five gigs in Norway beginning next weekend, then we go into festivals in the summertime. We’ll be touring properly in October-November. But these days, at least for me anyway, touring is not what is used to be. Thank goodness in a lot of ways. We used to tour America and never knew where we were going.”
Ray Shasho: I’ve always admired the way musicians traveled and performed on lengthy worldwide tours.
Chris Thompson: “Touring has never really been ridiculously hard. I never did up and down the motorway in a transit van, like most people, which is the hardest kind of touring. I think probably what we do now, the travelling is fairly difficult in Norway… it’s always been difficult in Norway. But I think in Germany we have it easy, our journeys aren’t too far. I would think the worst time was in America when we were taking a scheduled flight, which was the worst because you’d have to be up at ridiculous times to catch the scheduled flight to wherever you were going. You’d be in New York one day and then Atlanta the next day… then Los Angeles and Chicago … I think that was very-very difficult. But that was early before we were successful enough to organize our own tours.”
Ray Shasho: Chris you grew up in New Zealand, what was the music scene like there?
Chris Thompson: “The music scene was very isolated. There was a New Zealand Rolling Stones, the equivalent of, and a New Zealand Beatles as it were. The New Zealand well-known bands were Ray Columbus & the Invaders, Billy Thorpe & the Aztecs, and then there was a bunch of bands doing cover music which was what I did. I played in one band that did just Blood Sweat & Tears and Chicago music. Now the New Zealand scene is quite active, there are a lot of bands doing their own material and has been for the last 10-15 years. But when I was growing up in New Zealand there was mostly cover bands unless you were lucky enough to be one of those successful bands. On the other hand, it was fantastic because I got to sing all sorts of different styles, songs, and paid my dues doing that, which was great really.”
Ray Shasho: Who were some of the American music artists you grew up listening to… and was American music easily obtainable in New Zealand?
Chris Thompson: “Your records were easily available. English musicians listened to The Rolling Stones, The Beatles, Kinks, Manfred Mann, and all the pop kind of stuff. I listened to an awful lot of jazz. The American bands that influenced me were Blood Sweat & Tears, Chicago, and I listened to a lot of Edgar Winter, they were kind of jazz/rock/pop. I listened to a lot of blues obviously. I grew up doing a lot of Sam & Dave covers, James Brown, Little Richard, Elvis Presley, and all of that. Then into the pop music genre and by the 70’s we were listening to the Eagles and The Doobie Brothers.”

Ray Shasho: Speaking of the blues … “Woe Is Me” was my favorite track on ‘Toys & Dishes’ the new album … I absolutely love that tune! Have you ever recorded an album devoted solely to the blues?
Chris Thompson: “Thank you so much, no I have not. Whatever albums I have done, I’ve always done some kind of blues song. It was actually a couple of blues songs that we were going to do for this album and they just ended up not fitting in with everything else. “Woe Is Me” came from the very first song I wrote for the record and it got changed at the very-very last moment. On the album I made it a very big point to try to make a booklet that would be worth people reading and looking at. I took a page for each lyric and then wrote some comments about what was meaningful to me about the lyric, or I’d put some photographs related to the song in some way or another.”

“I went back to New Zealand one time and they asked me who I would really like to work with and I chose Ray Charles, Aretha Franklin, The Doobie Brothers and the Eagles. Those were the four people that I wanted to work with. I’ve worked with Ray Charles and the Doobies; I sat in the studio with Aretha while she was working, and never worked with the Eagles. But to have written with Elton John and Bernie Taupin or be in a band with Edgar Winter and Rick Derringer would be unbelievable, listening to that ‘Roadworks’ album… it’s just phenomenal.”
Ray Shasho: Rick Derringer lives very close to where I live here in Bradenton.
Chris Thompson: “You tell him hello from me, I did a lot of gigs with him. He was fantastic; he’s the only person I knew that used to dress down for a gig in the 70’s. He was such a dapper dresser, always perfectly dressed. When he came in he’d put on an old pair of jeans with a ripped knee, sneakers, and a T- shirt and go on and do the gig (All laughing).”
Ray Shasho: Chris, thank you for being on the call today but more importantly for all the incredible music you’ve given us and continue to bring.
Chris Thompson: “My pleasure Ray, thank you!”


“Check the Gs is just a really cool story ... and it’s real. I’d like to see the kid on the front cover telling his story in a motion picture, TV sitcom or animated series. The characters in the story definitely jump out of the book and come to life. Very funny and scary moments throughout the story and I just love the way Ray timeline’s historical events during his lifetime. Ray’s love of rock music was evident throughout the book and it generates extra enthusiasm when I read his on-line classic rock music column on examiner.com. It’s a wonderful read for everyone!” …stillerb47@gmail.com 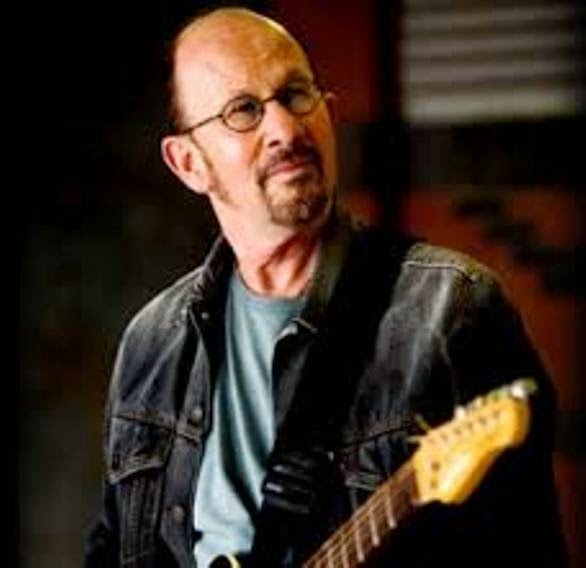 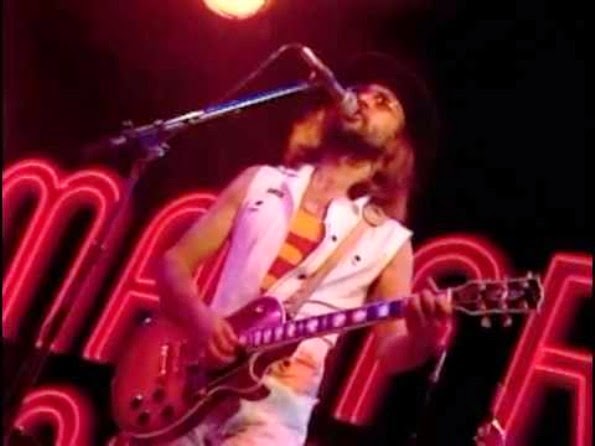