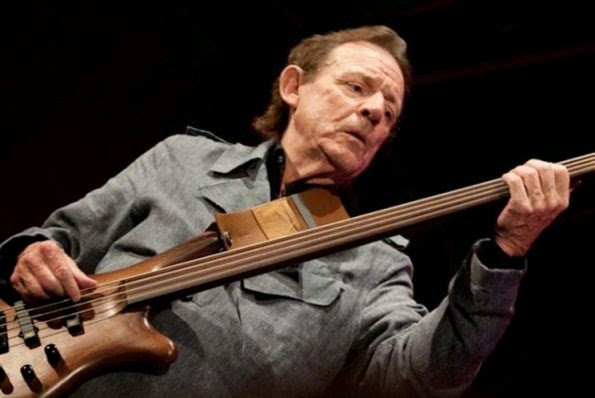 Jack Bruce is the esteemed bassist, lead vocalist, and songwriter for an array of legendary bands and distinguished musicians. Most notably, Bruce was a key member with the British rock power trio Cream which featured Eric Clapton (guitars, vocals), Ginger Baker (drums, vocals) and Jack Bruce (bass guitar, lead vocals). Bruce handled most of the lead vocalist and songwriting duties for Cream, recognized as one of the most revered groups in rock history.

Bruce wrote or co-wrote such Cream classics as… “I Feel Free” (1966), “We’re Going Wrong” (1967), “Sunshine of Your Love” (#5 Hit in1968), “White Room” (#6 Hit in 1968), “Politician” (1968), and “Doing That Scrapyard Thing”(1969). Bruce co-penned many of those classic tracks with poet & lyricists Pete Brown. Cream remained a group for less than three short years. They were inducted into the Rock and Roll Hall of Fame in 1993. The original lineup reunited briefly in 2005.
When you think of respected quintessential musicians, Jack Bruce immediately comes to mind.  Bruce has performed in such bands as … Alex Korner’s Blues Band Inc., the Graham Bond Organisation, John Mayall & the Bluesbreakers, Manfred Mann, Eric Clapton and the Powerhouse, Cream, Lifetime, West, Bruce & Laing, Jack Bruce & Friends, Robin Trower, Ringo’s All-Star Band,  and The Big Blues Band.

Jack Bruce almost joined Marvin Gaye’s band when he was in his early 20’s.

Jack Bruce has recorded 14 solo albums, but his highly anticipated new release ‘Silver Rails’ may be his very best yet. It’s his first studio release in more than ten years. The album was recorded at the legendary Abbey Road Studios.  I gave ‘Silver Rails’ (5) STARS.

‘Silver Rails’ is available NOW on CD, Vinyl or as Digital Download. The limited edition deluxe version of the album comes with a behind the scenes documentary DVD filmed on location at Abbey Road Studios. -Released on Esoteric Recordings/Cherry Red Records.
You can purchase ‘Silver Rails’at Amazon.com.

I had the rare pleasure recently of chatting with legendary bassist, singer, and songwriter Jack Bruce to talk about his highly anticipated new release ‘Silver Rails.’

Here’s my interview with Cream legend, Rock and Roll Hall of Famer, Lifetime Grammy Achiever and just an incredibly nice man … JACK BRUCE.
Ray Shasho: Hello Jack!
Jack Bruce: “How are you doing Ray?”
Ray Shasho: Did you have a rough winter in the UK?
Jack Bruce: “It was very wet and there was so much rain here that you wouldn’t believe it. It rained for like six months. It was very bad, a lot of flooding.”
Ray Shasho: I’d like to dive in and talk about your new album ‘Silver Rails.’ “Reach for the Night” was definitely one of my favorite tracks.
Jack Bruce: “I think that’s also one of my favorites because it’s kind of biographical isn’t it. To me it’s like a film noir version of me. I can see myself in the Philip Marlowe look, wearing the fedora and smoking camels.”
Ray Shasho: The first track of Silver Rails is entitled “Candlelight” which has a Calypso flavor to it.
Jack Bruce: “You being from Florida and not far from Cuba … I was over there a couple of years ago with Phil Manzanera who plays guitar on “Candlelight.” We went over there to play with some Cuban musicians and we became good friends. He’s a great guy and guitar player. So when I wrote that I thought I needed to get him on there.”
Ray Shasho: Jack, I’ve always admired the collaboration between you and Robin Trower. Robin and you perform together on the song “Rusty Lady” which is about the death of Margaret Thatcher? Talk about the track.
Jack Bruce:“Yea, I thought it was a lot like “Politician.” So I said to Pete Brown, let’s write a more modern version of “Politician.” So while trying to write something more up to date he came up with the death of Thatcher. So I thought, okay then, that’s cool. But the song is about … a lot of changes came out of that period in the 80’s in this country, and we’re still feeling the effects of it, like economically. I’m no politician but I do feel that a lot of damage was done because of misguided principals and the country is still suffering from it. You’ve got to write some stuff that has something to say.”

Very special thanks to Chip Ruggieri of Chipster PR 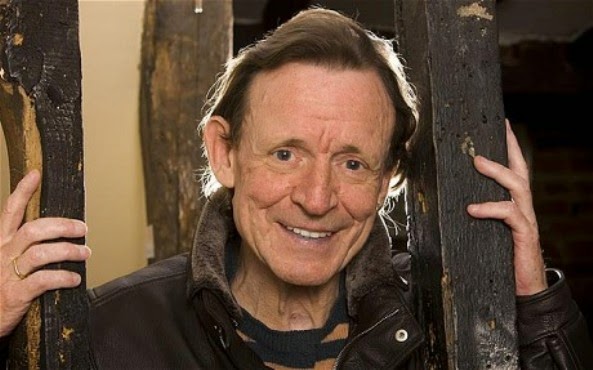 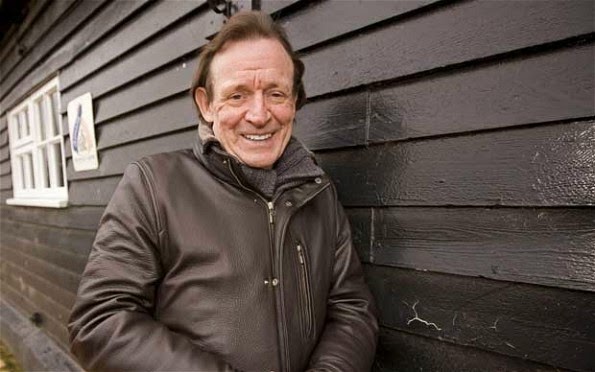 Posted by Classic Rock Here And Now at 4:04 AM