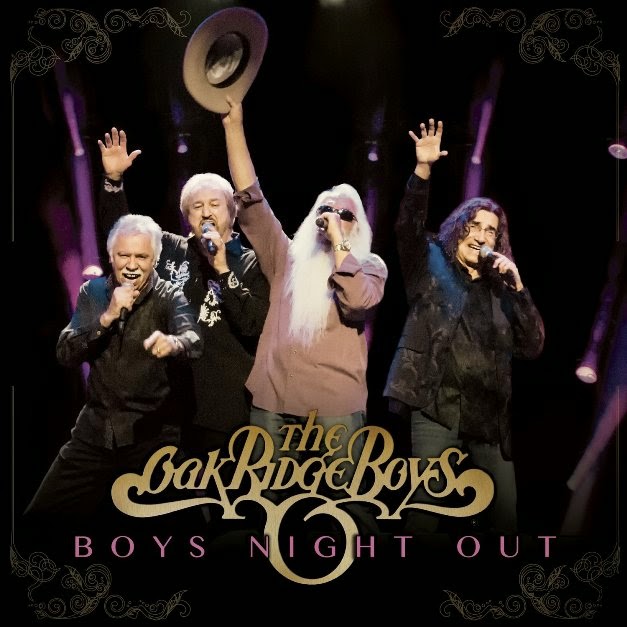 An Interview with Joe Bonsall of The Oak Ridge Boys:

The legacy of The Oak Ridge Boys reaches way back to World War II. The original group was called the Oak Ridge Quartet and performed faithfully at the Grand Ole Opry in Nashville, Tennessee. They quickly earned recognition as one of the top drawing Gospel groups in the U.S.A. The group managed to sustain a steady following of faithful fans and followers over the next several decades with numerous lineup variations.
In 1973, a new chapter to the Oak Ridge dynasty was written. The Oak Ridge Boys new lineup consisted of … Duane Allen (lead vocals), Joe Bonsall (tenor), William Lee Golden (baritone), and Richard Sterban (bass singer). The new Oak Ridge Boys would also cross-over musically into the realms of country, rock, and pop while preserving their traditional gospel roots. The 1973 legendary formation of The Oak Ridge Boys would eventually earn them status as “American icons.”

The Oak Ridge Boys have spawned (12) gold, (3) platinum, and one double platinum album. They’ve also generated more than (12) Number One Hit singles and over (30) Top Ten Hits, including one double platinum single. The Oak Ridge Boys recently celebrated the sale of over (41) Million albums worldwide.
Their mega-hit “Elvia” (1981) penned by Dallas Frazier and sung by Joe Bonsall on lead vocals, became one of the group’s biggest hits and their signature song.

The Oak Ridge Boys celebrated their 40th anniversary in 2013 and today are stronger than ever. Their first live album ever entitled Boys Night Out will be released on Cleopatra Records April 15th on three different formats… CD, vinyl and digital download. ‘The Boys’ recently returned from sea on their annual Oak Ridge Boys Rally-at-Sea aboard the Celebrity Reflection with stops in San Juan, Puerto Rico; Charlotte Amalie, St. Thomas; Philipsburg and St. Maarten. The Oak Ridge Boys are currently on the road in support of Boys Night Out.

Tenor Joe Bonsall is also an established author. He’s written a series of children books and several exciting novels including the commercially successful G.I. Joe & Lillie, An American Journey: A Look Back Over Thirty Years with The Oak Ridge Boys, and From My Perspective that includes a foreword by General Chuck Yeager.
I had the wonderful opportunity to interview Joe Bonsall recently while on the road in Laughlin, Nevada. We chatted about … Boys Night Out the new live album, Nashville, Joe’s latest book, The inception of “Elvira,” Phillies baseball… and so much more.

“Today at our show, General Chuck Yeager will be here. He’s 91 years old today. For the fourth consecutive year, he will be celebrating his birthday with The Oak Ridge Boys. He’ll be here with us tonight in Laughlin, Nevada. He’s an amazing human being. He was just in South Africa training young South African pilots to fly F-14’s.”
Ray Shasho: Joe, The Oak Ridge Boys recently signed with Cleopatra Records and are finally releasing a Live album on April 15th… what took you so long man?
Joe Bonsall: “You know that’s a real good question. Over all of these years, I can’t tell you how many fans and friends have asked us …when are you going to do a live album? I guess it never felt right to do it. A live album idea was always put on the shelf. We got the idea last year after our manager Jim Halsey started talking with Cleopatra Records. After we came up with the idea of a live album …they loved it! So what we did is take recording equipment out and started recording shows one after another and had some forty some songs in the can. We picked out the best twelve or thirteen, best ones and biggest hits. We tweaked and remixed them, then turned it in to the record company and they just loved the album. We’re all real happy with it … it came out just great!”

“The album will be released worldwide and even be available on vinyl. It could even start a series of live albums because believe me we’ve got the songs now. We’ve been listening to some great old classics that weren’t hits that people love. Songs like … “Dig A Little Deeper in the Well” for instance, it was never a single but it’s an Oak Ridge Boys song that everybody knows. So we’re trying to bring songs like that back on stage and record them live too. Who knows within the next year or so we could have a whole box set of live music, it could be an anthology like you will not believe. The album will be available on tax day April 15th, so if anyone has any money left, they can buy the album. We’ll be promoting it pretty heavily and hitting the road really hard this year.”
Ray Shasho: Everyone loves “Elvira” but my favorite Oak Ridge Boys tune is the group’s rendition of Wood Newton’s “Bobbie Sue” The Oak Ridge Boys definitely rock on that one.
Joe Bonsall: “Speaking of that …right after we turned this album over to Cleopatra, they came back to us and said we’re going to do a tribute album to The Allman Brothers, would you guys like to be a part of that. So we recorded “Ramblin’ Man” and our version rocks! We’re also staging it. We’re pinning people’s ears back with “Ramblin’ Man” right now.”
Ray Shasho: Did The Oak Ridge Boys back up Paul Simon on “Slip Slidin’ Away”?
Joe Bonsall: “We sure did. That was a great experience… we were starving to death yet we sang with Paul Simon. It really put some fire under us to get us through another year.”
Ray Shasho: Was it the Dallas Frazier version of “Elvira” that inspired the group to record it?
Joe Bonsall: “I had heard “Elvira” by Kenny Rogers and The First Edition; I also heard Rodney Crowell and was familiar with the old Dallas Frazier cut. When Ron Chancey our producer back then pitched the song, he played us the Dallas Frazier cut and I listened to it only one time. I knew if we were going to do it, we’d have to do it different. We’d need to feel it like we feel it. If you notice there’s some melody changes and a few things in there that aren’t like the other Elvira’s. But it was the Dallas Frazier cut that Ron Chancey pitched to us. Dallas is still around and still writing. We ran into him not too long ago. He wrote a couple of other songs for us …a gospel song called “The Baptism of Jesse Taylor” which was a big record and won us a Grammy. He also wrote a song that’s on our The Boys Are Back album called “You Ain’t Gonna Blow My House Down.”
Ray Shasho: Joe, here’s a question that I ask everyone that I interview. If you had a ‘Field of Dreams’ wish like the movie, to play, sing or collaborate with anyone from the past or present, who would that be?
Joe Bonsall: “There are so many people I already have collaborated with. I sung with our longtime friend George Jones on a record and then our history with Johnny Cash. I never knew Elvis like Richard (Richard Sterban) did, but I kind of feel like I knew Elvis because Richard spent a couple of years with him. I know all the stories and of course was a big Elvis fan. I sometimes envy Richard singing gospel songs around the piano with the Stamps Quartet and Elvis. I would have loved being around that circle and singing with Elvis.”

“To tell you the truth, I wish we could have done something with Bruce Springsteen. Springsteen is a real hero of mine …actually Springsteen or Bob Seger. Those two guys come to mind because I love that style of what they do and how they write. It would have been fun to collaborate with either or both of those guys.”
Ray Shasho: Joe, thank you for being on the call today but more importantly for all the incredible Oak Ridge Boys music you’ve given us and continue to bring.
Joe Bonsall: “I enjoyed talking with you Ray, and your personality, insight and preparation… thank you! I’m so proud to be with The Oak Ridge Boys, I joined the group in 1973 and I was 25 years old. I’m 65 today and my group is still out there. We’re singing good, we’re feeling good, and very blessed with good health.” 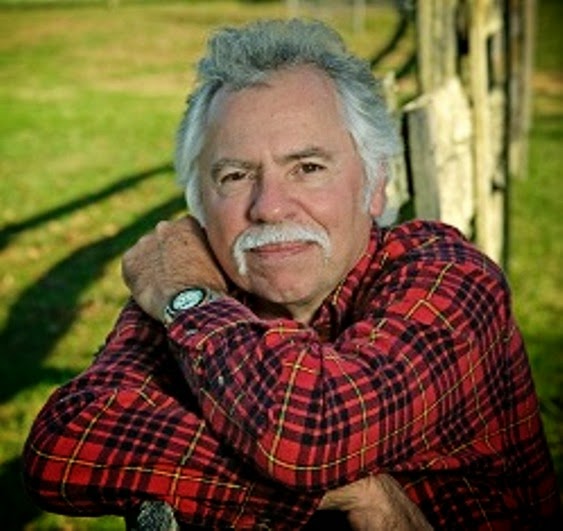 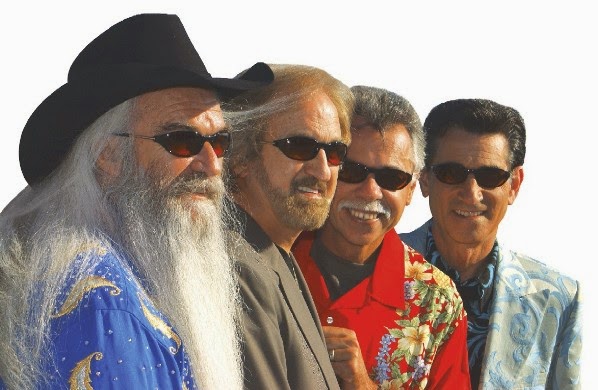 Posted by Classic Rock Here And Now at 1:35 AM