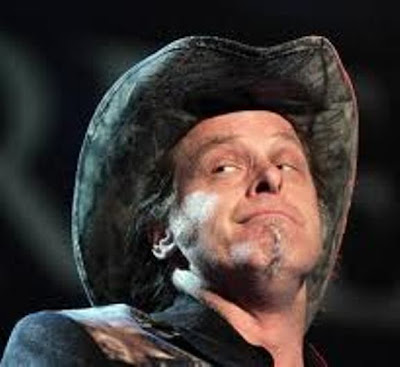 Guitar slinger, singer and songwriter Ted Nugent is best known in rock and roll folklore as the ‘Motor City Madman’ and over the decades has magnanimously personified the title and reputation. Nugent has managed to circularize himself to the world in one way or another … from his rock and roll virtuosity, to his hunting craftsmanship, to his extreme patriotic views and passion. Ted says he’s even considering a presidential bid. Politically correctness is definitely not a part of Ted’s vocabulary, but maybe that’s not a bad thing, I’m pretty sure our forefathers weren’t either.

Ted Nugent will be performing at the ‘House of Blues Orlando’ with Laura Wilde on August 19th at 8:30p.m. For tickets visit here or call 407-934-2583. Nugent’s current lineup has longtime lead vocalist and rhythm guitarist Derek St. Holmes, Dokken co-founder “Wild” Mick Brown on drums, and Greg Smith on bass and vocals.

TED NUGENT has sold more than 40 –million albums and has performed at more than 6,400 concerts. His illustrious music career has spanned over five decades.


Born in Detroit, Michigan, Ted’s father was an Army staff sergeant and Nugent was raised in a stringent household. A self-taught musician, Nugent began playing the guitar at six years old. His first two bands were the ‘Royal High Boys’ and the ‘Lourds.’ After an impressive performance at the Michigan State Fair, the Lourds were asked to open for the Beau Brummels and the Supremes at Cobo Hall. Later that year while still in his teenage years, he moved to Palatine, Illinois, a residential suburb of Chicago.

Later that year Nugent fronted the group The Amboy Dukes.

The Amboy Dukes: After graduating high school, Nugent returned to Detroit where he recruited new members for The Amboy Dukes. The group signed with Mainstream Records and released their self-titled debut album The Amboy Dukes (1967). The bands second effort was entitled Journey to the Center of the Mind (1968) and scored commercially with the psychedelic title track reaching #16 on Billboard’s Hot 100 singles chart.

TED NUGENT SOLO: In 1975, Ted Nugent signed a solo deal with Epic Records. Nugent had separated from the Amboy Dukes to pursue a solo career and scored immediately with the release of his debut album Ted Nugent. The album spawned the hit singles “Stranglehold” and “Hey Baby.” The lineup featured Ted Nugent on lead guitar and vocals, Derek St. Holmes on lead vocals and rhythm guitar, Rob Grange on bass and Cliff Davies on drums.

Nugent transformed himself into a master showman onstage while creating the role of a caveman- rock and roll- superhero wearing a loincloth.

Ted Nugent has consistently remained in the limelight one way or another. Either with his outdoorsman Television show Spirit of the Wild or VH1 reality TV program Surviving Nugent, or raising controversy and being interviewed by the networks, or simply through his incredible musical talents. Nugent has a love him or hate him persona, and either way, you’ve got to admire his fortitude.

I had the rare pleasure of chatting with Ted about his upcoming show at the House of Blues in Orlando and some very hot topics…
Here’s my interview with legendary guitar hero, singer, songwriter, pro-gun, pro-freedom and pro-America advocate … (“The Nuge”) TED NUGENT.

Ted Nugent will be performing at the House of Blues Orlando with Laura Wilde on August 19th at 8:30p.m. For tickets visit http://www.houseofblues.com/venues/clubvenues/orlando/ or call 407-934-2583.

Very special thanks to Linda Peterson

Coming up NEXT … Recent interviews with Melanie and Roy Rogers 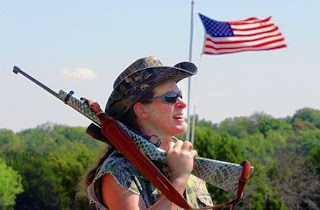 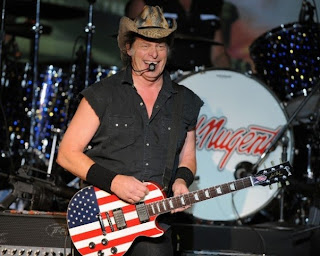 Posted by Classic Rock Here And Now at 12:41 AM