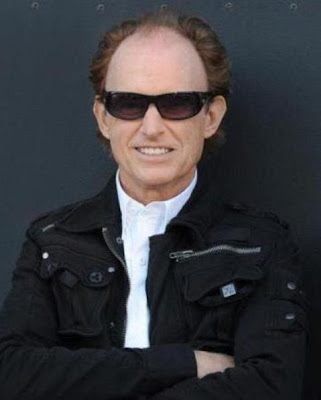 Gary Wright is a celestial keyboard virtuoso, idyllic songwriter, and vocalist with powerful soulful pipes. Wright is an innovator of the synthesizer and over the years has managed to condense his many synthesized melodies into a single keyboard strapped around his neck.

Although born and raised in Cresskill, New Jersey, Wright founded the British rock group Spooky Tooth in 1967. Wright would later become most recognized for his two solo hit singles “Dream Weaver” in 1975 and “Love Is Alive” in 1976.


Keith Emerson (The Nice, ELP) left in 1967 when the name was changed to Art. The band eventually turned into Spooky Tooth with a lineup of Wright (organ, keyboards and vocals), Harrison (vocals, keyboards) Ridley (bassist), Grosvenor (guitar, vocals) and Kellie (drums).

In 1968, Spooky Tooth released their debut album entitled … It’s All About. The album featured covers by Janis Ian and Bob Dylan. Most of the other tracks were either written or co-written by Gary Wright.

The bands next release Spooky Two (1969) released on Island Records was hailed by critics as one of their finest recordings. The album featured many of the bands standards including “Evil Woman” and “Better by You, Better Than Me” a tune written by Wright and eventually covered by Judas Priest in 1978.

Spooky Tooth quickly became a highly sought concert attraction and a mainstay on progressive rock radio. The band shared the stage with such legendary music acts as Jimi Hendrix and The Rolling Stones.
Bassist Greg Ridley left in 1969 to join Humble Pie, Andy Leigh replaced him.

Also in 1969, the group released Ceremony (Spooky Tooth and Pierre Henry album) a progressive collaboration with the French electronic composer.

The Last Puff album (1970) primarily featured Mike Harrison while Wright focused on other projects. The release featured an incredible cover version of The Beatles, “I Am The Walrus.” Joe Cocker Grease Band members Henry McCullough, Chris Stainton and Alan Spenner were brought into the studio to work on the album.
In 1971, Gary Wright performed “Two Faced Man” with George Harrison on the Dick Cavett Show. He also played piano on Harry Nilsson’s #1 hit, a Badfinger cover tune entitled, “Without You.”

Gary Wright and George Harrison visited India in 1974 as a guest of Ravi Shankar. Wright developed a longtime relationship with Shankar after the visit.

In 2004, Wright, Harrison and Kellie reunited Spooky Tooth for several concerts in Germany. As a result of their triumphant return they released the Nomad Poets DVD in 2007.
The same lineup played a series of European dates in 2008.

Most recently: Gary Wright toured with Ringo Starr and His All-Star Band in 2008.
In 2010, Wright released his latest studio album entitled Connected and features guest artists … Ringo Starr, Joe Walsh and Jeff “Skunk” Baxter.
Gary Wright is currently writing his 'memoir' for the Penguin Group and should be available sometime near the end of 2014.
I had the great pleasure of chatting with Gary Wright recently about ‘Sail Rock 2013,’ Spooky Tooth, George Harrison, the music business, metaphysics and much-much more.

Very special thanks to Jeff Albright of The Albright Entertainment Group

Coming up NEXT … my recent interviews with Melanie and Roy Rogers

Purchase Ray’s very special memoir called ‘Check the Gs’ -The True Story of an Eclectic American Family and Their Wacky Family Business … You’ll LIVE IT! Also available for download on NOOK or KINDLE edition for JUST .99 CENTS at amazon.com or barnesandnoble.com - Please support Ray so he can continue to bring you quality classic rock music reporting.
~~Pacific Book Review says Ray Shasho is a product of the second half of the 20th century, made in the USA from parts around the world, and within him is every trend in music, television, politics and culture contributing to his philosophical and comically analytical reflections collected in his fine book of memories. I found Check the Gs to be pure entertainment, fantastic fun and a catalyst to igniting so many memories of my own life, as I too am within a few years of Ray. So to all, I say if you have a bit of grey hair (or no hair), buy this book! It’s a great gift for your “over-the-hill” friends, or for their kids, if they are the history buffs of younger generations trying to figure out why we are the way we are. 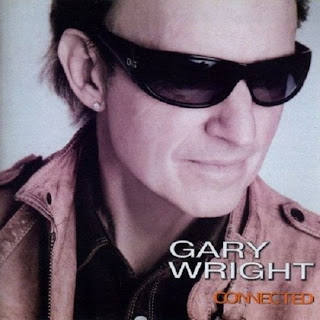