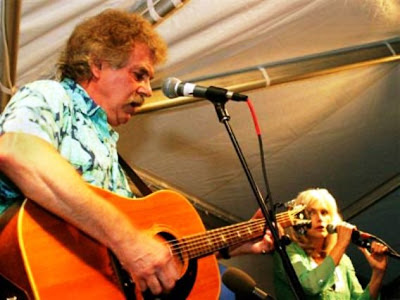 American folk and blues raconteur Tom Rush has been captivating audiences with his deep- rooted acoustic stylings and musical repartee for over a half century. And there is still nothing more profound then witnessing the simplicity of a lone performer onstage with an acoustic guitar and a story to tell. Tom Rush has that rare ability to interpret life stories in its most traditional and purest form.

Tom began his life as a troubadour by performing at Boston- area clubs while attending Harvard University in the early 60s. Rush released two albums by the time he graduated.
By 1965, he signed to Electra and recorded three albums for the record label.

The Circle Game album released in 1968, covered tunes by singer-songwriter counterparts Joni Mitchell, Jackson Browne, and James Taylor. The release also spawned the self-penned folk classic, “No Regrets.” The song has been covered by numerous artists over the years including … The Walker Brothers (#7 Hit -1975, UK Singles Chart), Emmylou Harris, Fairport Convention, Olivia Newton-John, Curtis Stigers, Waylon Jennings, and Shirley Bassey.  The album cover was photographed by Linda Eastman.
According to Rolling Stone magazine, The Circle Game ushered in the singer/songwriter era.
James Taylor was quoted saying, “Tom was not only one of my early heroes, but also one of my main influences.”

Tom Rush in the 60s … (Tom Rush at the Unicorn, Got a Mind to Ramble, Blues, Songs and Ballads, Tom Rush, Take a Little Walk with Me, The Circle Game)

In the early 70s, Tom Rush recorded for Columbia Records.
Rush toured extensively throughout the 70s. He became a traditional act at renowned music clubs like The Cellar Door (Washington, DC) and The Bitter End (New York), but also played large arenas supporting legendary rock acts like Loggins and Messina, and Alice Cooper.

After taking a break from touring, Tom Rush triumphantly returned (1981) to a sold-out Symphony Hall in celebration of twenty years in music. The following year, Rush spearheaded what would become a traditional annual musical event at Symphony Hall in Boston. The event mirrored a concept from the Club 47 coffee house in Cambridge, Massachusetts of the early 60s- allowing established artists and newcomers to share the same stage. The concerts would spotlight well-known artists like Bonnie Raitt or Emmylou Harris, (along with then unknowns) Alison Krauss or Mark O’Connor. Tom took the Club 47 concert series on the road …where it’s been ever since. The show has performed at Boston’s Symphony Hall, The Kennedy Center in Washington, DC and New York’s Carnegie Hall to name a few.

The Club 47 concert series continues to pack houses, delight audiences, and animate music critics.  Rush says … “It all comes down to a really good excuse for getting some friends together and throwing a party.”

In 1999, Columbia/Legacy released a Tom Rush retrospective album that covers his recorded musical history from 1962 to the present.

Tom Rush in the 90s … (Work in Progress, Tom Rush: Wrong End of the Rainbow-re-release, The Very Best of Tom Rush: No Regrets)

In 2009, Tom Rush recorded his first studio album in 35 years. The album entitled, What I Know was recorded in Nashville. The release includes original material along with harmonies by Emmylou Harris, Bonnie Bramlett and Nanci Griffith.

Most recently, a video surfaced on You Tube of Tom Rush performing the hilarious/ sad-but- true … Steven Walters penned ditty, “The Remember Song.”  The video has generated over six- million views.

“They had separate releases in Wyoming, Idaho and Montana; the wolves have flourished now and have been taken off the endangered species list in all three states. Each state is managing them very differently; Wyoming is managing them very badly. There basic policy is … just shoot them … every chance you get.”

“When she got the job done, Doubleday asked her to write a book about it, and she did, and it’s an excellent book. A women’s take on … why it was worth it, what it was really all about underneath it all, our relationship with wildness and wilderness … it’s a really a nice piece of work.”
Ray Shasho: Tom, thank you so much for being on the call today. But most of all … for the fifty years of great music and storytelling that you’ve given to all of us. We’ll see you in Florida!
Tom Rush: “Well thanks … I’ll keep doing it, if you keep listening!”

Sign up for the Tom Rush Newsletter on Tom’s official website at http://tomrush.com/
Order the latest release from Tom Rush What I Know at amazon.com.
Order author Renee Askins (Tom’s wife) incredible journey … Shadow Mountain: A Memoir of Wolves, a Woman, and the Wild at amazon.com.

GREAT HOLIDAY GIFT! Purchase Ray’s very special memoir called ‘Check the Gs’ -The True Story of an Eclectic American Family and Their Wacky Family Business … You’ll LIVE IT! Also available for download on NOOK or KINDLE edition for JUST .99 CENTS at amazon.com or barnesandnoble.com   -Support Ray so he can continue to bring you quality classic rock music reporting. 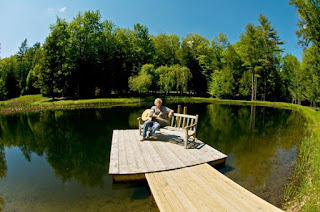 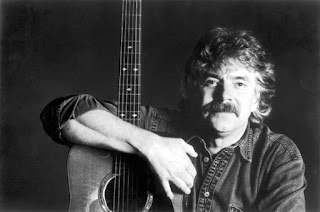 Posted by Classic Rock Here And Now at 2:22 PM