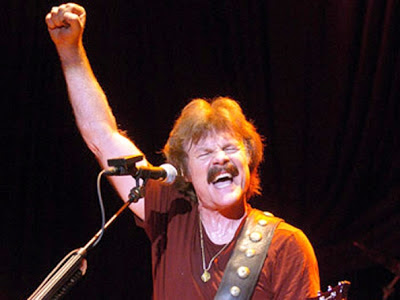 The Doobie Brothers are one of those bands that we’ve depended on, year after year, and expect to see performing invariably at outdoor music festivals, pavilions, arenas, casinos and bike week events across the nation. The group has been exhilarating audiences for decades yet appear timeless onstage. One of the principal reasons for the longevity and success of the Doobie Brothers has a lot to do with an unmitigated affection shared between the band and its audience. It’s been an amazing love affair that has persevered for over forty-two years. When the Doobie Brothers finally call it quits … rock ‘n’ roll will probably call it quits too.

Tom Johnston is the voice, lyricists and guitarist on numerous classic hit recordings by the Doobie Brothers. Inspired by listening to R&B music on the radio, California native Johnston started his first band at 14, eventually broadening his musical horizons by singing with soul and blues groups.

After moving to San Jose to finish college, Tom met Skip Spence, original drummer for the Jefferson Airplane. Spence introduced Johnston to drummer John Hartman. Spence was also a founding member of Moby Grape which had a major influence on the Doobie Brothers. Tom Johnston, John Hartman and bassist Greg Murphy formed the power trio “Pud.”
When “Pud” unraveled, the evolution of the Doobie Brothers began to take shape. While living in a home dubbed as their “musical headquarters,” guitarist Patrick Simmons and bassist Dave Shogren joined the group. The band quickly generated a huge following in California.

In 1971, the Doobie Brothers launched their self- titled debut album, The Doobie Brothers on the Warner Brothers label with legendary producers Ted Templeman and Lenny Waronker. The first track on the album, “Nobody” penned by Tom Johnston, would later resurface in 2010 on their latest release, World Gone Crazy.

Stampede released in 1975 was the final album before Michael McDonald took over lead vocalist duties from an ailing Tom Johnston. The album featured the cover version, “Take Me in Your Arms (Rock Me A Little While)” (#11 Billboard Hot 100 Hit -1975) written by the Motown team of Holland-Dozier-Holland.
Subsequent albums …Takin’ It to the Streets (1976), Livin’ on the Fault Line (1977), Minute by Minute (1978) and One Step Closer (1980) featured a successful second incarnation of the band, which primarily consisted of Michael McDonald(vocals, keyboards) Patrick Simmons (guitars/vocals) Jeff “Skunk” Baxter (guitars, steel guitars), Tiran Porter(bass, vocals), John Hartman (drums) and Keith Knudsen (drums).
*Tom Johnston played and sang on, “Turn It Loose” and “Wheels of Fortune” on the album Takin’ It to the Streets.
John McFee was added to the Doobie Brothers lineup in 1979 replacing Jeff “Skunk” Baxter and was featured on One Step Closer.

After a successful run, the bands signature sound and direction became disillusioned. While working on his solo project, Tom Johnston rejoined the band for a Farewell Tour, and then the Doobie Brothers would call it quits as a band for the next five years.
The reformation of the Doobie Brothers was contrived when the bands alumni were asked by drummer Keith Knudsen to perform at a concert to benefit veterans’ causes. The band discovered that tickets were in great demand and soon embarked on a twelve city tour.

In 1989, Cycles the tenth studio recording by the Doobie Brothers, now on Capitol Records, witnessed the return of Tom Johnston and drummer Michael Hossack to the studio as a band. Tom Johnston’s distinctive vocals returned and the band reestablish their musical roots.

The Doobie Brothers have sold more than 40-million albums worldwide.

…So why aren’t they in the Rock and Roll Hall of Fame?

Tom Johnston and the Doobie Brothers will be performing live as part of the Bands, Brew & BBQ concert series at Busch Gardens in Tampa on Sunday, February 24th. For tickets visit … http://seaworldparks.com/buschgardens-tampa/Events/Bands-Brew-and-BBQ or call 1-888-800-5447 for further information.
Eagle Rock Entertainment recently released ‘Let The Music Play’ –The Story of The Doobie Brothers on DVD, Blue-ray and Digital Video. -Available to purchase at amazon.com.

Purchase Ray’s very special memoir called ‘Check the Gs’ -The True Story of an Eclectic American Family and Their Wacky Family Business … You’ll LIVE IT! Also available for download on NOOK or KINDLE edition for JUST .99 CENTS at amazon.com or barnesandnoble.com -Please support Ray so he can continue to bring you quality classic rock music reporting. 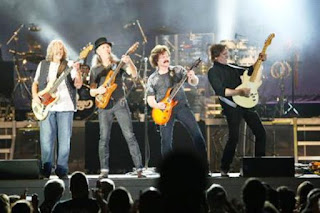 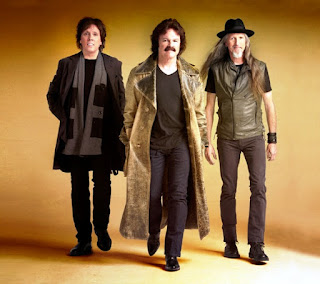 Posted by Classic Rock Here And Now at 1:05 AM