'Roger Hodgson' Interview: The Legendary Voice and Lyricist of 'Supertramp' 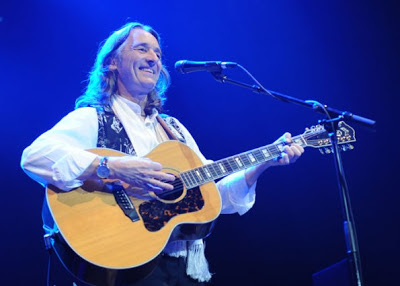 After performing to jubilant sold-out audiences worldwide, 'Supertramp’s Roger Hodgson' returns to the stage in 2013 on a new global excursion. Roger will be making a rare appearance at Ruth Eckerd Hall in Clearwater, Florida on Friday, March 22nd and for the first time in the U.S.; Hodgson will be performing with a Rock Symphony Orchestra.

After the release of their third studio album, Crime of the Century in 1974, Supertramp quickly captured the attention of music critics and aficionados across the globe. Crime of the Century was a superlative release. The creative writing collaboration of Hodgson and Davies, although contrasting, began a highly successful commercial period for a group comprised of highly esteemed musicians. The Roger Hodgson penned, “Dreamer” became Supertramp’s first big hit. The album also featured two beautifully composed arrangements by Hodgson entitled ...“Hide in Your Shell” and “If Everyone Was Listening.”

Supertramp became a sought-out concert attraction because of their awe-inspiring musical abilities and riveting onstage presence. Their shows often spotlighted a movie projection that displayed the Crime of the Century album cover, an image of two hands clutching jail cell bars while floating in space. The projection synchronized hypnotically with the music above the stage.

In 1979, Supertramp released what would become their highest selling album, Breakfast in America. The album spawned four U.S. Billboard Hit singles… “The Logical Song” (#6 Hit), “Take the Long Way Home” (#10 Hit), “Goodbye Stranger” (#15 Hit) and “Breakfast in America” (#62 Hit). The album remained on top of the charts worldwide and eventually sold over 20-million copies, becoming one of the biggest selling albums of all-time.

Supertramp made an amazingly smooth transition from a progressive rock scheme over album-oriented rock airwaves to mainstream Top 40 radio, and without compromising or sacrificing musical integrity.

The bands next album, ironically entitled …Famous Last Words (1982) would be the last featuring vocalist/lyricist/keyboardist and guitarist Roger Hodgson. The album reached #5 on Billboard’s Pop Album Charts and was certified Gold.

To date ... Supertramp has sold over 60- million albums.

In 1987, after his second solo album was released, Hodgson fell and shattered both of his wrists. Doctors said he would never play music again, but his strong faith, positive thinking, self healing efforts and physical therapy would prove the medical profession wrong. Within a year and a half, Roger was playing his music once again.
Roger Hodgson released three solo albums since leaving Supertramp … In the Eye of the Storm (1984), Hai Hai (1987) and Open the Door (2000). He also released a live album entitled, Rites of Passage (1996).

The following year, Roger accepted an invitation by Princes William and Harry to perform at the ‘Concert for Diana’ in front of an audience of 65,000 people at Wembley Stadium. “Give a Little Bit,” “Dreamer,” “Breakfast in America” and “It’s Raining Again” was among Diana’s favorite songs. The concert was broadcast in 140 countries around the world.

Roger Hodgson’s most recent release, “Classics Live” is an incredible collection of his live performances recorded from his '2010 world tour.'

There are also 60 unreleased songs that Roger plans to record when the time is right.

Tickets for Supertramp’s Roger Hodgson in concert with a Rock Symphony Orchestra at Ruth Eckerd Hall in Clearwater on Friday, March 22nd are available at www.rutheckerdhall.com or by calling (727) 791-7400.

I had a wonderful opportunity to chat with Roger Hodgson recently before the launch of his worldwide tour. Roger’s music continues to inspire and offer hope for people everywhere. His spirituality and positive vibrations were definitely felt throughout our entire conversation. Roger is a true delight.

Very special thanks to Rissa Ciociola and Linda Tyler.

Coming up next … Recent interviews with guitar heroine LITA FORD (The Runaways) and British rock and blues legend ROBIN TROWER. 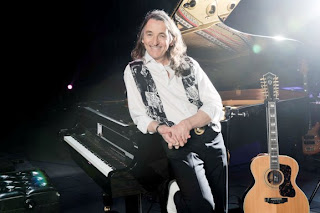 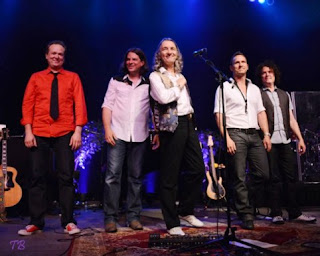 Posted by Classic Rock Here And Now at 1:24 AM