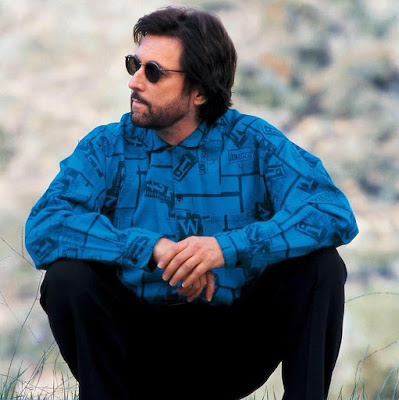 Stephen Bishop is a world-class guitarist, vocalist, and songwriter with a celebrated career of over four decades of live performance, song craftsmanship, recording, and entertainment.  A San Diego native, Stephen Bishop’s introduction to the music industry was after seeing the Beatles perform on “The Ed Sullivan Show,” at 13 years old. Shortly after seeing their performance, his brother Denny bought him an electric guitar. He began creating his own unique chords, melodies and writing original songs. The first song he ever wrote was called, “Surf’s Turf,” an instrumental. Less than a year after picking up the guitar, Stephen formed a band called, “The Weeds.” Soon after, they began performing at local venues, playing a mixture of original songs and popular hits on the radio at the time. As a band, the Weeds placed second at the Claremont Battle of the Bands in 1966. 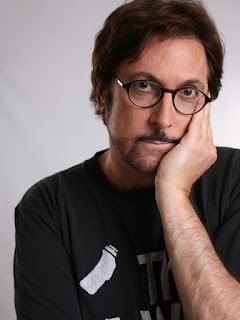 After the Weeds disbanded, Stephen ventured to Los Angeles in the hopes of landing a songwriting contract. Stephen walked the streets of LA in the early 1970’s with nothing more than a $12 guitar. He began playing songs for different publishers in the area and landed a deal with Edwin H. Morris Publishing in Hollywood. Stephen was paid $50 per week. During his first few years at the publishing company, only one of his songs was recorded. At one point, Stephen considered leaving Los Angeles to work for his father's insurance company in San Diego. However, his friend Leah Kunkel connected him with Art Garfunkel. Art recorded two of Stephen's songs on his album, “Breakaway.”
Shortly thereafter, Stephen was signed to ABC Records. He released his first album, “Careless,” which had two popular hits, “On and On,” and “Save It For a Rainy Day.” It became gold certified, as well as his second album, “Bish.” Stephen Bishop has released 17 albums and has played his songs personally for Barbra Streisand, Diana Ross, Bette Midler, Melissa Manchester, and Katy Perry. His newest album, "Blueprint" was released in 2016. In Eric Clapton's autobiography, he mentions Stephen Bishop as one of his favorite songwriters.

Accomplishments
Stephen Bishop’s hit song, “It Might Be You,” was the theme to the film “Tootsie.” Stephen has written the themes to several films, including “Animal House,” "The Money Pit," and “White Nights.” His songs have been performed by Phil Collins, Eric Clapton, Barbra Streisand, Art Garfunkel, Steve Perry, Stephanie Mills, Kenny Loggins, Johnny Mathis, Phoebe Snow, David Crosby, The Four Tops, Aswad, Beyonce, and Pavarotti. Stephen was nominated for two Grammy's and awarded an Oscar nomination for his song, “Separate Lives.” 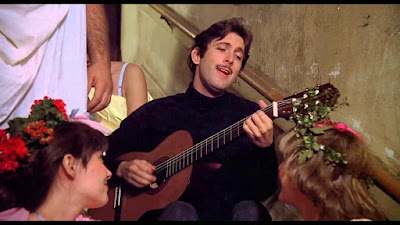 For more information about Stephen Bishop and concert dates visit … www.stephenbishop.com and www.facebook.com/stephenbishopofficial 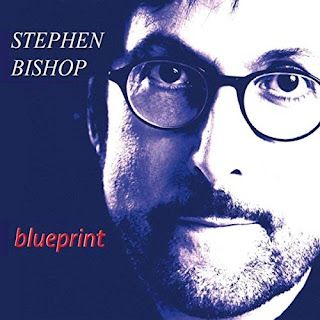 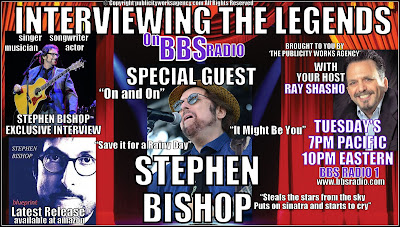 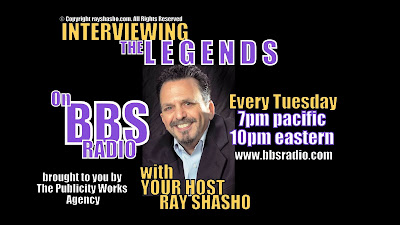 And don’t forget to purchase a copy of my book entitled Check the Gs -the true story of an eclectic American family and their Wacky family business... available now at iUniverse.com and amazon.com. You’ll live it!!!


Have a great week everybody!
Posted by Classic Rock Here And Now at 10:19 PM No comments: