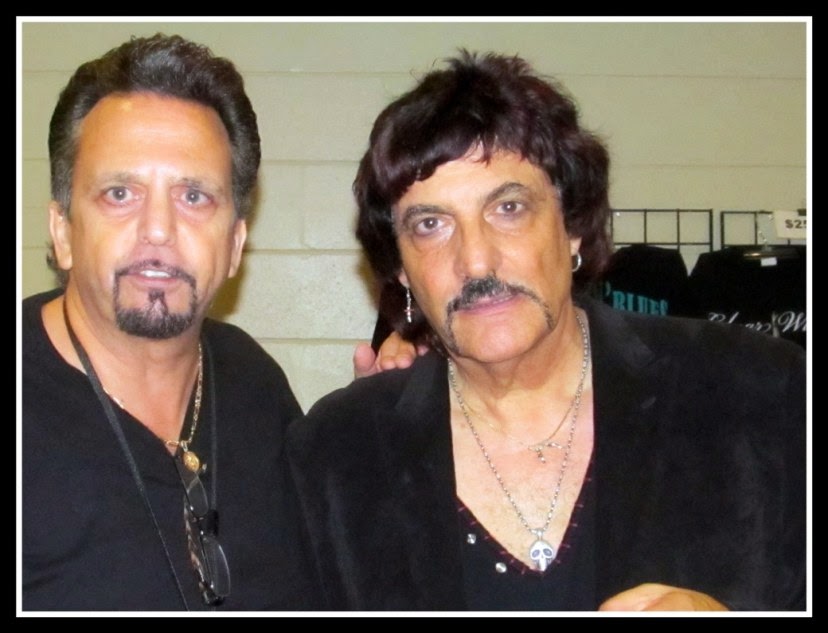 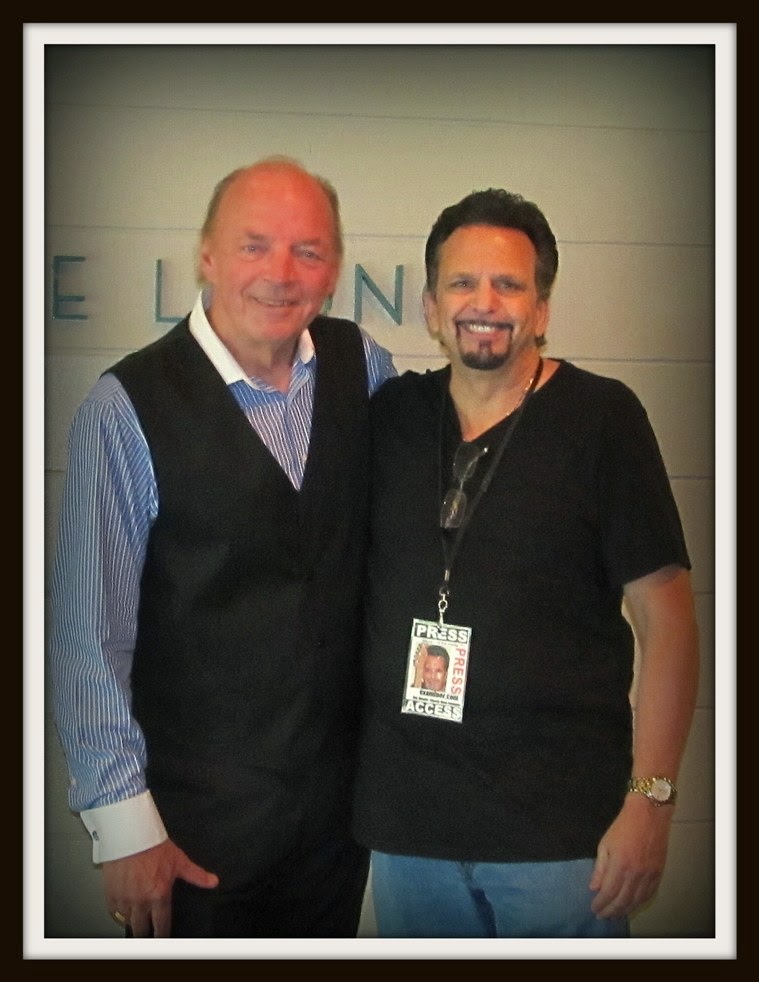 Rock ‘N’ Blues ‘Hippiefest’ –‘A Tribute to Johnny Winter’ was welcomed with open and peace-loving arms by an enthusiastic Ruth Eckerd crowd on Saturday night. The show was originally to be headlined by blues guitar legend Johnny Winter who passed away on July 16th.  Without the shows most noted and consistent act over the decades, you’d think there might be some mixed emotions encompassing the Hall about the evening’s events …. But not in Clearwater baby! The crowd responded energetically and altogether entertained by four captivating performances embodied with Rock, Blues, R&B, Jazz, and Psychedelic melodies.

KIM SIMMONDS: A near capacity Ruth Eckerd audience began an evening of ‘Hippiefest’ fun and festivities with British Blues legend Kim Simmonds of Savoy Brown. Since 1966, Simmonds has been founding member, lead guitarist, vocalist, and songwriter of the band. Savoy Brown was part of the UK blues progression that helped to regenerate and popularize blues music in America throughout the 60’s. Kim Simmonds /Savoy Brown are the epitome of what rock and roll was and should always be. Deep-rooted, pure, artistic, manifesto, virtuoso, everlasting … these are the components that should land Kim Simmonds in the rock and roll hall of fame. Savoy Brown was also responsible for launching classic rock favorites Foghat. Simmonds is genuine rock and roll heritage. He opened the show with “Going to the Delta” spotlighting a track from his latest album with the same title. Simmonds ensued with “Nothing Like the Blues” and “Cobra,” more tracks from his latest release Going to the Delta. Kim Simmonds concluded his set with “Poor Girl” from the 1970 release Looking In followed by a rousing applause from a jubilant Clearwater crowd which truly appreciated  rock prodigiousness throughout the night.

PETER RIVERA: Onstage next and quietly slipping behind a huge set of drums was the heart, soul, original voice and beat of Rare Earth, a very hip band of musicians that played an incredible mix of music comprised of rock, funk, soul, and psychedelic fusion. Rivera became the undisputed leader of Rare Earth, the only white band to score hits with the Berry Gordy, Jr. Motown Record label. In 1974, Rare Earth was the opening act for the California Jam …sharing the stage with Earth Wind & Fire, The Eagles, Seals & Crofts, Black Oak Arkansas, Black Sabbath, Deep Purple, and Emerson, Lake and Palmer.

In 1992, Peter Rivera performed with the Classic Rock All Stars. The core lineup became Jerry Corbetta(Sugarloaf), Mike Pinera (Blues Image, Iron Butterfly & Alice Cooper), and Dennis Noda (Cannibal & the Headhunters). The band became very successful and toured extensively until Dennis Noda’s death, and the diagnosis of Alzheimer’s to Jerry Corbetta.
Although Rare Earth was at the height of its success between 1970 to the mid 70s, a resurgence of their material has been spotlighted on countless advertisements, television shows, movie trailers and motion pictures. Rare Earth has sold over 30-million records worldwide and was inducted into The Michigan Rock and Roll Legends Hall of Fame.

Peter Rivera immediately ‘Funked Up’ the house with the Rare Earth classic “Hey Big Brother” a huge crowd-pleaser at the California Jam in 1974. Rivera commented during the song that ‘Big Brother’ is watching us more than ever …through Facebook, cell phones, and late night internet surfing … while stirring the crowd. The song was a Top 40 hit and featured on the critically acclaimed Rare Earth In Concert album (1971). Rivera followed with Rare Earth’s psychedelic rock version of “(I Know) I’m Losing You”(1970) from the Ecology album. Peter Rivera was phenomenal throughout the night … looking extremely fit and dapper while his prodigious drumming skills and vocals were impeccable. Rivera’s next classic tune … “Get Ready” lifted Rare Earth into superstardom. Rare Earth’s 21:30 version on their 1969 album by the same name was shortened for Top 40 radio airplay. “Get Ready” reached #4 on Billboard’s Hot 100. Peter Rivera concluded his set with a song that instantly raised the Ruth Eckerd audience to their feet, while they boogied to the soulful/ rock/ funk/ Top 40 classic “I Just Want to Celebrate” (1971) from The One World album.  …While all the performances of the evening were outstanding … Peter Rivera’s set was simply the best of the evening.

VANILLA FUDGE: While each of the acts on the bill had the same supporting musicians, most likely to save time between acts … Vanilla Fudge had (3) original members onstage. Legendary drummer/singer/songwriter/ Carmine Appice … lead singer/ keyboardist/composer/ Mark Stein, and lead guitarist/ vocalist … Vince Martell. ‘The Fudge’ opened with “Take Me for a Little While” from their debut album Vanilla Fudge (1967).  The band dedicated their next song to Johnny Winter, a profound and beautifully performed Curtis Mayfield composition … “People Get Ready.” Carmine Appice’s vocal rendition of the song was awe-inspiring. The band followed with the Jr. Walker & the All-Star classic hit “Shotgun” which was performed by Vanilla Fudge on ‘The Ed Sullivan Show’ in 1969.
One of the evening’s magical moments was Carmine Appice performing an incredible drum solo. Brooklyn native Carmine Appice has attained one of the most illustrious rock resumes in music history. The accomplished drummer, singer, and songwriter tours as a key member with classic rock legends Vanilla Fudge and Cactus. Appice also tours with The Rod Experience, a historical tribute to Rod Stewart and his band featuring original members. Carmine Appice joined Rod Stewart’s band in 1977 and co-wrote the mega hit “Da Ya Think I’m Sexy” and “Young Turks.” Vanilla Fudge concluded their set while raising the Ruth Eckerd roof with their psychedelic/ rock/ mega hit of 1967 “You Keep Me Hangin’ On” (#6 Billboard Hot 100 Hit). It was a truly remarkable set by rock folklore.

EDGAR WINTER: Winter entered the stage wearing an all-white outfit, coordinating perfectly with his long blondish/white hair. Edgar’s appearance and persona exhibited ‘professional rock star and performer’ all the way! Winter expressed his gratitude to everyone for letting him continue with the series of ‘Rock ‘N’ Blues Fest /Hippiefest’ concerts as a tribute to his late big brother Johnny Winter. An emotional Edgar Winter stated that performing music helps him with the healing process. Winter performed an interesting mix of rock, jazz, and the blues. The second half of his set was devoted to Johnny Winter. Edgar Winter always lights up his audiences with charismatic and energetic performances. Winter’s eclectic musical styles crossover into multiple genres including …blues, jazz, pop, and country, but he’s especially revered as a rock hero. Edgar Winter opened his set with the Chuck Berry penned classic “Johnny B. Goode” which was also a favorite of Brother Johnny’s.
He followed with “Tobacco Road.” In 1970, Edgar Winter released his first studio album entitled Entrance and the “Tobacco Road” track featured Brother Johnny on guitar, harmonica, and vocals. The song also successfully lifted Edgar into the limelight.  Next …Winter told the Clearwater audience the story behind the next song on his setlist “Frankenstein.”Winter stated … “I wrote the song years before it was recorded, or at least I came up with the original riff. When I was playing with my Brother Johnny in the late 60’s and no one knew who I was or if Johnny even had a brother and I had not yet recorded an album. He’d do the first part of his set with a blues trio and then say … “And now I’m going to bring on my little Brother Edgar!” So I’d walk out and the crowd would go … Oh, look there’s two of them!” Winter demonstrated both instrumental and athletic abilities on his performance of “Frankenstein.” The 67 year old Winter performed unwaveringly across the stage … wailing on saxophone, dropping to his knees while manipulating the keyboards and synthesizer, and aggressively beating out musical rhythms on the standup drums. Edgar’s performance of “Frankenstein” was simply explosive!!!

In 1972, the classic lineup of The Edgar Winter Group was born … Edgar Winter (vocals, keyboards, synthesizers, saxophone, and drums), Dan Hartman (bass, vocals), Ronnie Montrose (guitar, vocals), and Chuck Ruff (drums, vocals). The Edgar Winter Group scored huge commercially with the release of … They Only Come Out at Night. The album landed at #3 on Billboard’s Hot 200 and remained on the charts for an amazing 80 weeks. By 1986 the album became double platinum. They Only Come Out at Night spawned the classic rock mainstays … “Frankenstein,” (#1 Billboard hit -written by Edgar Winter).

Winter performed “Free Ride” (#14 Billboard hit -written by Dan Hartman) next which was definitely a crowd-pleaser bringing everyone at the Hall to its feet. Winter then played musical conductor, singing Scat (using his voice as an instrument) ala Ella Fitzgerald while exhibiting his jazz influence. Winter would scat a particular piece vocally and each member of the band would have to play it on their instruments verbatim. There were also hints of Blind Willie Johnson’s/Zeppelin arrangement “Nobody’s Fault But Mine” and The Who’s “Won’t Get Fooled Again” riffs.
Edgar Winter devoted the second half of his set to Brother Johnny performing “Highway 61 Revisited” with Savoy Brown’s Kim Simmonds joining him onstage. The finale of the evening was an incredible rendition of “Jumpin’ Jack Flash” that featured Edgar as conductor of a band with Peter Rivera, all the members of Vanilla Fudge, and the shows band of proficient musicians … guitarist- Doug Rappoport, bassist- Koko Powell, and drummer- Jason Carpenter. All three are incredible musicians and had multiple moments during the show to shine.

Purchase Ray’s very special memoir called ‘Check the Gs’ -The True Story of an Eclectic American Family and Their Wacky Family Business … You’ll LIVE IT! Also available for download on NOOK or KINDLE edition for JUST .99 CENTS at amazon.com orbarnesandnoble.com

- Please support Ray by purchasing his book so he can continue to bring you quality classic rock music reporting.“Check the Gs is just a really cool story ... and it’s real. I’d like to see the kid on the front cover telling his story in a motion picture, TV sitcom or animated series. The characters in the story definitely jump out of the book and come to life. Very funny and scary moments throughout the story and I just love the way Ray timeline’s historical events during his lifetime. Ray’s love of rock music was evident throughout the book and it generates extra enthusiasm when I read his on-line classic rock music column. It’s a wonderful read for everyone!”    …stillerb47@gmail.com

All photos my Mark Javer 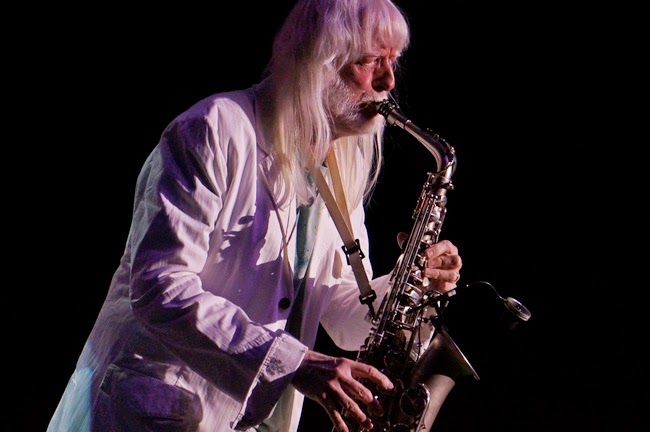 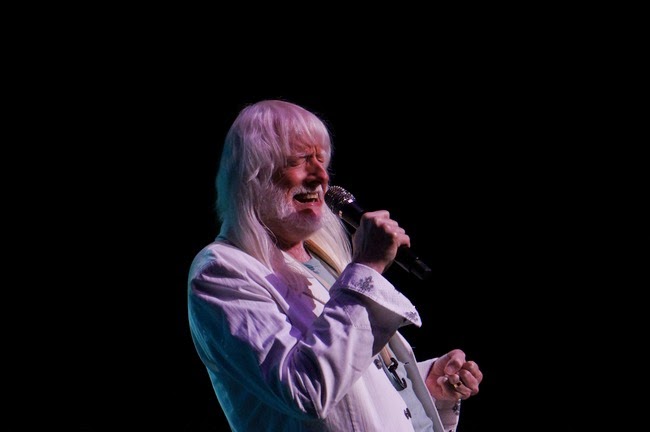 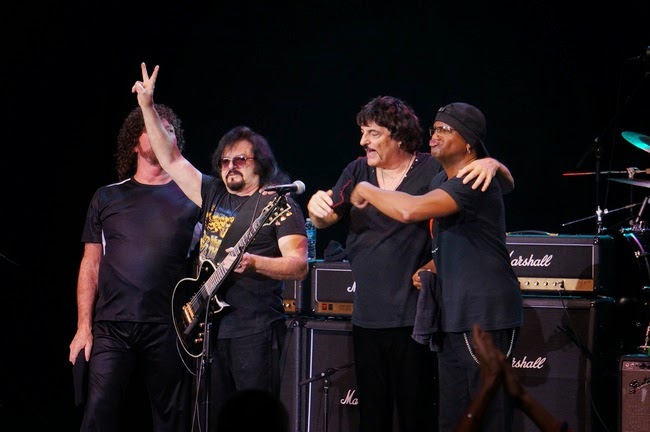 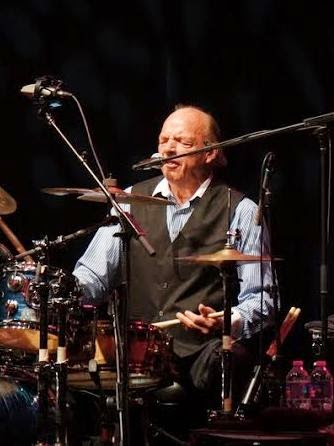 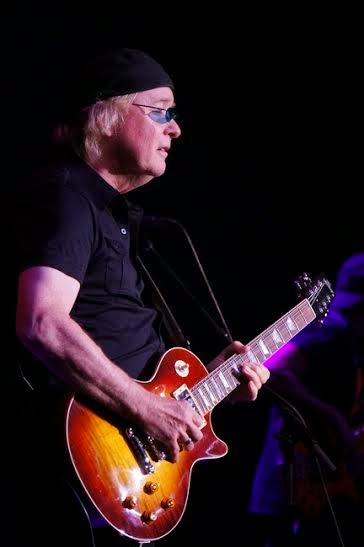 Posted by Classic Rock Here And Now at 10:30 PM No comments: