Johnny Winter proclaimed in a recent interview with Classic Rock Music Examiner Ray Shasho, that playing rock and roll was basically a front to appease audiences. His heart was saying no to rock and roll while his soul was saying yes to the blues. Winter abandoned rock ‘n’ roll to resurrect the blues.

Johnny Winter is acknowledged worldwide as a legendary blues artist, but he also holds the title of American rock ‘n’ roll hero. Winter wore both hats equivalently on stage. Only Johnny Winter could scream ROCK ‘N’ ROLL! …. a battle cry to a generation of rebellion youths in front of sold-out arenas and stadiums, with his kind of intensity and emotional reverberation. No other audience could reciprocate to those words more passionately than at a Johnny Winter concert. And who more revered than Johnny Winter (except for the man himself) could follow up his ROCK ‘N’ ROLL battle cry with perhaps one of the greatest rock ‘n’ roll songs in history, “Johnny B. Goode.”

Johnny Winter was born and raised in Beaumont, Texas. In 1969, Winter signed with Columbia Records in one of the largest solo deals of the time. Winter was enticed to join his first band after listening to local deejay J.P. Richardson (The Big Bopper of “Chantilly Lace fame”) spinning 50s rock ‘n’ roll music over the airwaves. But it was the blues that would become his essence, and his admiration for legendary American blues artists like Robert Johnson, Elmore James, John Lee Hooker and Muddy Waters to name just a few.
Winters first album was entitled, The Progressive Blues Experiment originally issued by Austin’s Sonobeat Records in 1968, and rereleased by Columbia Records in 1969. Winter’s self-titled second album with Columbia was also released that year, the album included covers by Robert Johnson, Sonny Boy Williamson, Lightnin’ Hopkins and B.B. King. Winter’s successful debut album set the stage for an appearance at the famed Woodstock Festival in New York. Winter was not included in the Woodstock movie or initial soundtrack because of contractual issues between Steve Paul (Johnny’s former manager) and festival organizers.

Johnny Winter’s next album, Second Winter, featured some of his predominant concert setlist material, Chuck Berry’s “Johnny B. Goode,” and Bob Dylan’s “Highway 61 Revisited.” In 1970 Winter formed a new band featuring several members of The McCoys (“Hang On Sloopy”) including legendary guitarist and songwriter Rick Derringer. Steve Paul was also The McCoys manager and responsible for bringing them together. The band released, Live Johnny Winter And spotlighting Derringer’s penned, “Rock and Roll, Hoochie Koo.” It was during this time that Winter fell under the spell of Heroin addiction.

In 1973, Johnny Winter returned to the music scene with his fifth studio album, Still Alive and Well followed by Saints and Sinners (1974) and Captured Live (1976).

In 1977, Chess Records, long-time record label for legendary blues guitarist and vocalist Muddy Waters, dissolved. Johnny Winter revitalized Waters by inviting him into the studio to record what would be recognized as Muddy Waters comeback album. Winter produced and played on the Chicago-style electric blues album entitled, Hard Again. It was Muddy Waters first album released on Blue Sky Records, a label created by Steve Paul for Columbia. The album won a Grammy Award for Best Ethnic or Traditional Folk Recording.

Since 1984, Johnny Winter focused solely on blues oriented-material in the recording studio.
Most recently, Winter headlined the New Orleans Jazz & Heritage Festival, Chicago Blues Festival, Warren Haynes Christmas Jam, Swedish Rock Fest and Europe’s Rockplast. Winter performed with The Allman Brothers Band at the Beacon Theater for their 40th Anniversary of the bands inception. He’s also performed at the 2007 and 2010 Crossroads Guitar Festivals.
In 2008, The Gibson Guitar Company released the Johnny Winter signature Firebird guitar in a ceremony presented by Slash (Guns N’ Roses guitarist) in Nashville.
Johnny Winter continues to earn the title of one the hardest working performers in the music business by consistently touring worldwide. His latest release is befittingly entitled “Roots.” It’s the heyday of Winter with back to basics blues. I give it (5) stars. The album features compositions by some of Johnny’s favorite blues artists and includes guest performances by … Vince Gill, Warren Haynes, John Popper, Derek Trucks and Susan Tedeschi, selected by Johnny’s producer/manager and guitarist Paul Nelson.

Producer Paul Nelson told me that this may be the first in a series of Johnny Winter traditional blues CD’s featuring incredible guest artists.
Johnny Winter’s latest tour kicked off in late July and ends in Paris April 2013. The tour is billed as the ‘Rock ‘N’ Blues Fest’ and ‘Hippiefest’ depending on the city. The concert headlines Johnny Winter, Edgar Winter, Rick Derringer, Leslie West (Mountain) and Kim Simmonds (Savoy Brown). Hippiefest arrives at Ruth Eckerd Hall in Clearwater, Fl on Saturday, August 25th at 7p.m. Purchase tickets at www.rutheckerdhall.com

Order Ray’s very special memoir called ‘Check the Gs’ -The True Story of an Eclectic American Family and Their Wacky Family Business … You’ll LIVE IT! Also available for download on NOOK or KINDLE edition for JUST .99 CENTS at amazon.com or barnesandnoble.com

-Support Ray so he can continue to bring you quality classic rock music reporting.
~~Pacific Book Review says Ray Shasho is a product of the second half of the 20th century, made in the USA from parts around the world, and within him is every trend in music, television, politics and culture contributing to his philosophical and comically analytical reflections collected in his fine book of memories. I found Check the Gs to be pure entertainment, fantastic fun and a catalyst to igniting so many memories of my own life, as I too am within a few years of Ray. So to all, I say if you have a bit of grey hair (or no hair), buy this book! It’s a great gift for your “over-the-hill” friends, or for their kids, if they are the history buffs of younger generations trying to figure out why we are the way we are. 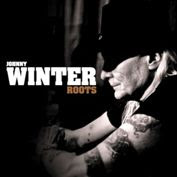 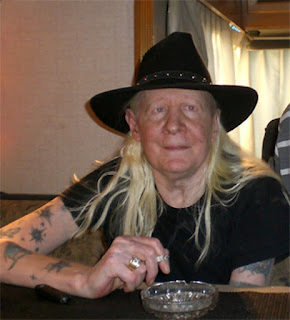 Posted by Classic Rock Here And Now at 11:28 PM No comments: