At 7:00 this morning this statement was released on Johnny Winters official Facebook site ...

"Legendary Johnny Winter Dies at 70
Texas blues icon Johnny Winter has passed away on July 16, 2014 in his hotel room in Zurich, Switzerland.His wife, family and bandmates are all saddened by the loss of their loved one and one of the world's finest guitarists.An official statement with more details shall be issued at the appropriate time."


JOHNNY WINTER is acknowledged worldwide as a legendary blues artist, but he also holds the title of American rock ‘n’ roll hero. Winter wore both hats equivalently on stage. Only Johnny Winter could scream ROCK ‘N’ ROLL!  … a battle cry to a generation of rebellion youths in front of sold-out arenas and stadiums with his kind of intensity and emotional reverberation. No other audience could reciprocate to those words more passionately than at a Johnny Winter concert. And who more revered than Johnny Winter (except for the man himself) could follow up his ROCK ‘N’ ROLL battle cry with perhaps one of the greatest rock ‘n’ roll songs in history, “Johnny B. Goode.”

Johnny Winter was born and raised in Beaumont, Texas. In 1969, Winter signed with Columbia Records in one of the largest solo deals of the time. Winter was enticed to join his first band after listening to local deejay J.P. Richardson (The Big Bopper of “Chantilly Lace fame”) spinning 50s rock ‘n’ roll music over the airwaves. But it was the blues that would become his essence, and his admiration for legendary American blues artists like Robert Johnson, Elmore James, John Lee Hooker and Muddy Waters to name just a few.

Winters first album was entitled, The Progressive Blues Experiment originally issued by Austin’s Sonobeat Records in 1968, and rereleased by Columbia Records in 1969. Winter’s self-titled second album with Columbia was also released that year, the album included covers by Robert Johnson, Sonny Boy Williamson, Lightnin’ Hopkins and B.B. King. Winter’s successful debut album set the stage for an appearance at the famed Woodstock Festival in New York. Winter was not included in the Woodstock movie or initial soundtrack because of contractual issues between Steve Paul (Johnny’s former manager) and festival organizers.
Johnny Winter’s next album, Second Winter, featured some of his predominant concert setlist material, Chuck Berry’s “Johnny B. Goode,” and Bob Dylan’s “Highway 61 Revisited.” In 1970 Winter formed a new band featuring several members of The McCoys (“Hang On Sloopy”) including legendary guitarist and songwriter Rick Derringer. Steve Paul was also The McCoys manager and responsible for bringing them together. The band released, Live Johnny Winter And spotlighting Derringer’s penned, “Rock and Roll, Hoochie Koo.” It was during this time that Winter fell under the spell of Heroin addiction.
In 1973, Johnny Winter returned to the music scene with his fifth studio album, Still Alive and Well followed by Saints and Sinners (1974) and Captured Live (1976).

In 1977, Chess Records, long-time record label for legendary blues guitarist and vocalist Muddy Waters, dissolved. Johnny Winter revitalized Waters by inviting him into the studio to record what would be recognized as Muddy Waters comeback album. Winter produced and played on the Chicago-style electric blues album entitled, Hard Again. It was Muddy Waters first album released on Blue Sky Records, a label created by Steve Paul for Columbia.  The album won a Grammy Award for Best Ethnic or Traditional Folk Recording.
Johnny Winter continued to produce and play on several studio albums and a best-selling Live album with his good friend Muddy Waters … I’m Ready (1978), Muddy “Mississippi” Waters Live (1979) and King Bee (1981) Waters final release. Two of those albums won Grammy Awards. The string of Johnny Winter albums initiated for Muddy Waters produced the most lucrative period in the career of the legendary bluesman. Muddy Waters died in 1983.

Since 1984, Johnny Winter focused solely on blues oriented-material in the recording studio. His heart was saying no to rock and roll while his soul was saying yes to the blues. Winter abandoned rock ‘n’ roll to resurrect the blues.

In 2008, The Gibson Guitar Company released the Johnny Winter signature Firebird guitar in a ceremony presented by Slash (Guns N’ Roses guitarist) in Nashville.
Johnny Winter earned the title of one the hardest working performers in the music business by consistently touring worldwide. 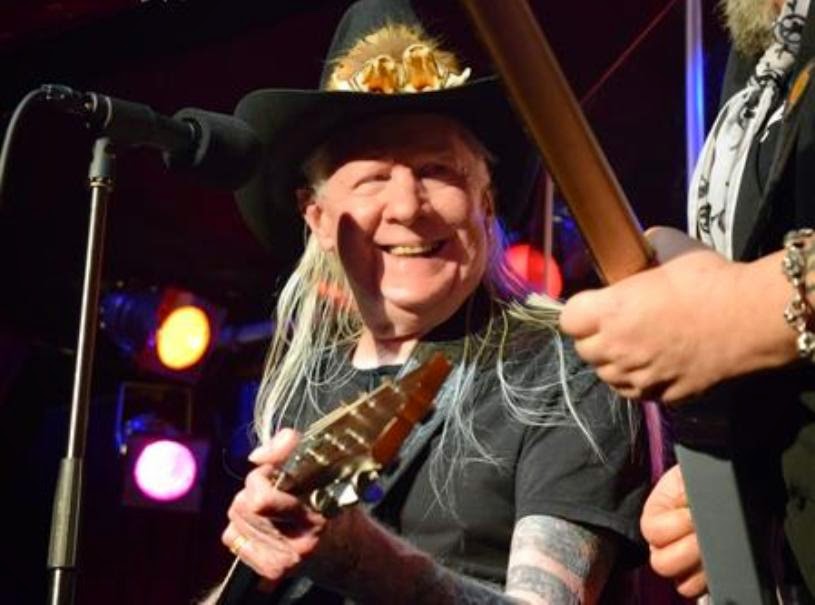 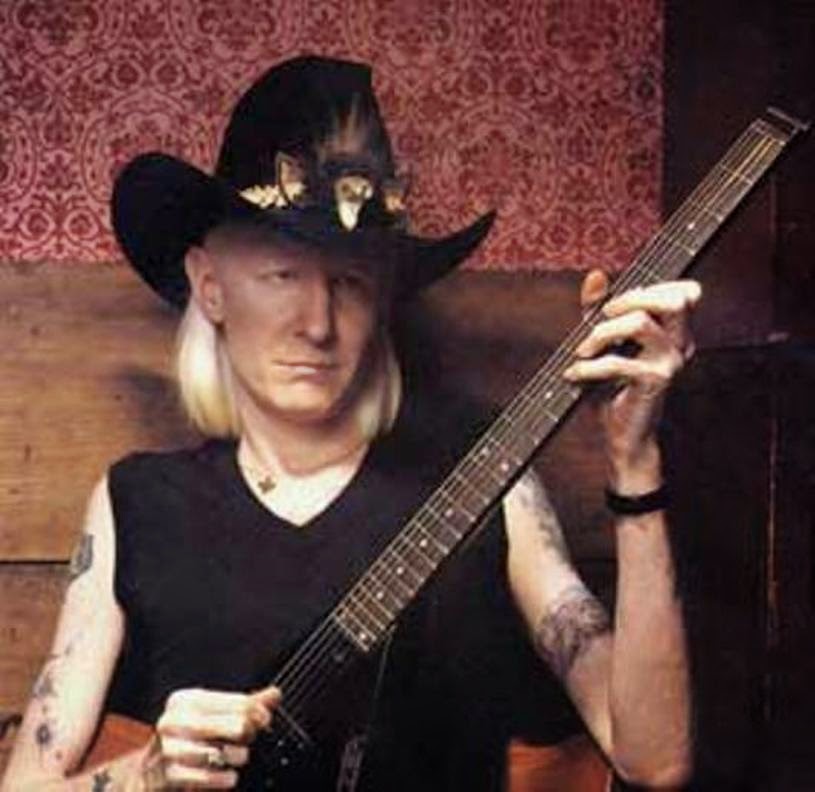 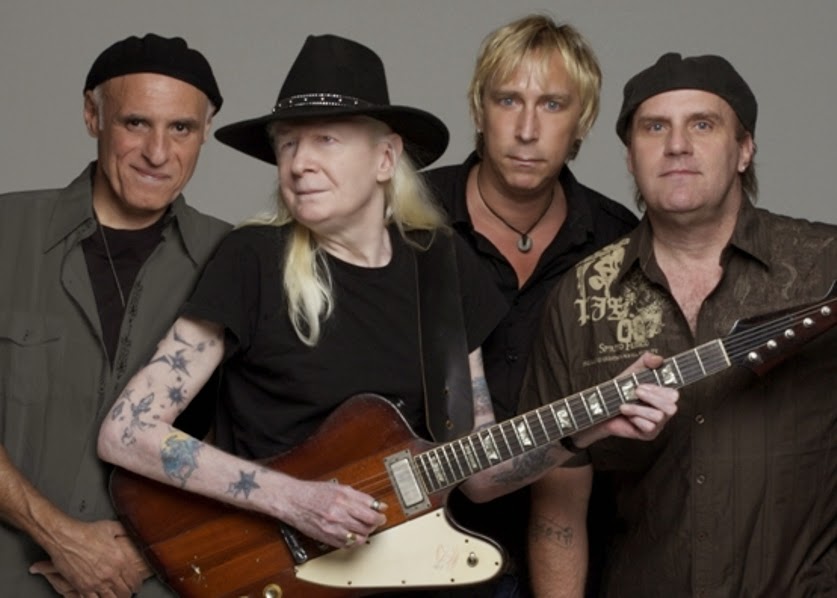 Posted by Classic Rock Here And Now at 5:42 PM No comments: