Remember....
"Sweets for My Sweet"; "Needles and Pins" "When You Walk in the Room"; "Sugar and Spice";  "Don't Throw Your Love Away"' "Love Potion No. 9" to name just a few …  the Searchers tied for the second group from Liverpool, after the Beatles, to have a hit in the US when their "Needles and Pins" and the Swinging Blue Jeans' "Hippy Hippy Shake" both reached the Hot 100 on 7 March 1964.
It’s little wonder then that most observers considered The Searchers to be the most successful and important Group, after the Beatles, in that quite wonderful period of Pop Music. 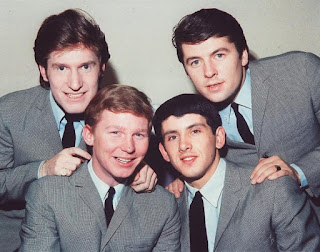 Originally founded as a skiffle group in Liverpool in 1959 by John McNally and Mike Pender (Mike Prendergast), the band took their name from the classic 1956 John Wayne western The Searchers.
The band grew out of an earlier skiffle group formed by McNally, with his friends Brian Dolan (guitar) and Tony West (bass). When the other two members lost interest, McNally was joined by his guitarist neighbor Mike Prendergast. They soon recruited Tony Jackson with his home-made bass guitar and amplifier and styled themselves Tony and the Searchers with Joe Kelly on drums. Kelly soon left to be replaced by Norman McGarry and it is this line-up—McNally, Pender (as he soon became known), Jackson and McGarry—that is usually cited as the original foursome. 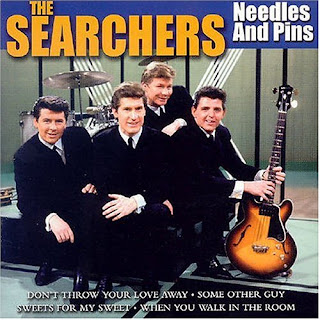 The band returned to a residence, at the Iron Door Club and it was there that they tape recorded the sessions that led to a recording contract with Pye Records with Tony Hatch as producer.
Hatch played piano on some recordings and wrote "Sugar and Spice"—the band’s second number one record—under the pseudonym Fred Nightingale; a secret he kept from the band at the time.
The group continued to tour through the 1970s and were rewarded in 1979 when Sire Records signed the band to a multi-record deal. Two albums were released by them, The Searchers and Play for Today (retitled Love's Melodies outside the UK). Both records garnered great critical acclaim but did not break into the charts. They did however revitalize the group's career. According to John McNally, the band were ready to head into the studio to record a third album for Sire when they were informed that due to label reorganization, their contract had been dropped.
In 1981, the band signed to PRT Records (formerly Pye, their original label) and began recording an album but only one single, "I Don't Want To Be The One" backed with "Hollywood", saw the light of day at that time. The rest of the tracks would be released as part of 2004's 40th Anniversary collection. 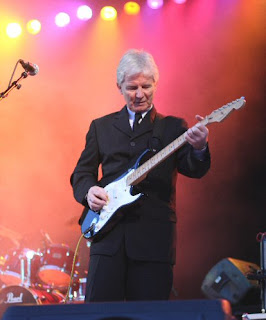 In 1985 MIKE PENDER left The Searchers to form his own group. His aim was, and still is to this day, to faithfully recreate the sound and feel of those Hit Recordings and at the same time introduce other material that compliments Mike's unique voice and guitar style.
In 1988, Coconut Records signed The Searchers and the album Hungry Hearts was the result. A very contemporary sounding release, it featured modern sounding remakes of "Needles and Pins" and "Sweets For My Sweets". While the album was not a major hit, it did keep the group in the public eye.
John McNally and the Searchers are still going strong today and hold a significant fanbase worldwide. 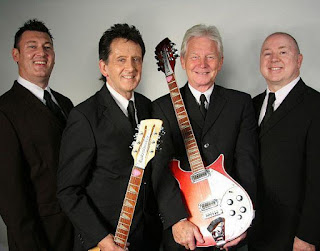 
For more information about John McNally and The Searchers and up to the minute concert dates visit … http://www.the-searchers.co.uk/ 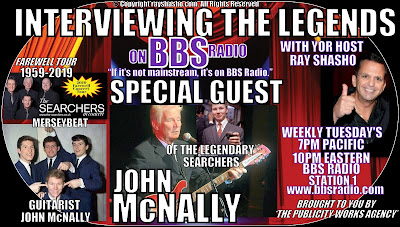 Sadly the Searchers will then be retiring 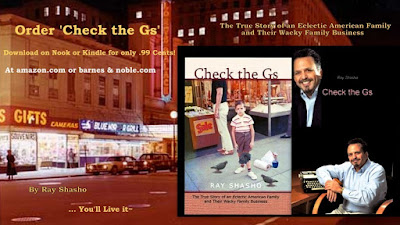 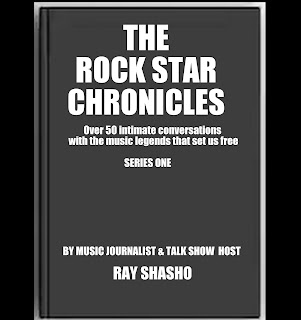 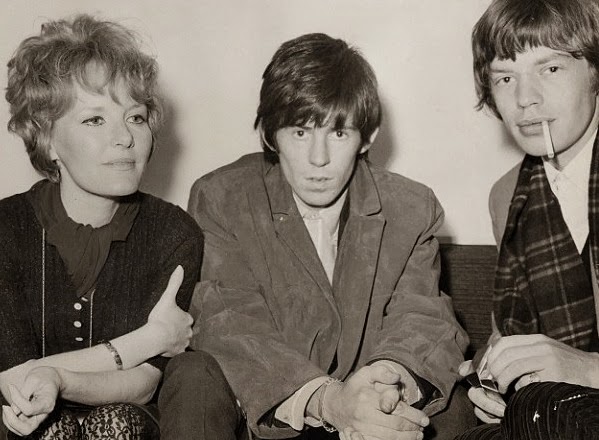 Internationally renowned singer, actress, and composer Petula Clark has been exquisitely entertaining audiences since she was a child performing for the troops during World War II. Clark has sold more than 68 million records. She’s recorded over 1000 songs while landing 15 U.S. Top 40 hits and two #1 hits. She’s charted an astounding 159 recordings worldwide. She’s won Grammy Awards in 1964 and ‘65. The incredible musical collaboration between composer-arranger Tony Hatch and Petula Clark generated hit after hit throughout the Swinging 60’s. She may even be labeled as the ‘First Lady of the British Invasion.’

Petula Clark has also appeared in more than 30 British and American motion pictures including … Finian’s Rainbow (1968) with Fred Astaire and Tommy Steele and Goodbye, Mr. Chips (1969) with Peter O’Toole. Clark was also a popular television personality starring in three of her own American TV specials and as a guest star on countless other shows including her enchanting duets with Dean on The Dean Martin Show. Throughout the 70’s, Clark became a celebrated Las Vegas performer. In the 90’s she performed on Broadway in the production of Blood Brothers. In 2000 … Petula showcased a one-woman show, a concert highlighting her life and career. In 2003, she was the recipient of the Grammy Hall of Fame Award for her everlasting worldwide smash hit “Downtown.”

At 81 … Petula Clark is more brilliant and radiant than ever. Her latest release is entitled … Lost In You. The album is beautifully produced and arranged by John Williams and features twelve magnificent tracks of musical bliss. Petula’s vocals are superlative and her skills as a composer splendor on a track entitled “Reflections.” Her phenomenal lyrical content is brilliantly assimilated to music by Johann Sebastian Bach. The album spotlights a breathtaking cover tribute to an old friend John Lennon. Petula’s “Imagine” is probably the best cover version of the song that I’ve ever heard. She creatively added hints of “Strawberry Fields” to the track. The other two covers are a beautiful rendition of Elvis Presley’s “Love Me Tender” and an exciting new version of her 1964 mega hit “Downtown.” Every song on the album sparkles. “Cut Copy Me,” “Imagine” and “Reflections” are personal favorites.

Petula lives in Switzerland and is as busy as ever. She continues to tour and is anxious to get right back in the studio again. I was extremely honored to be able to speak with Petula Clark recently. She’s glamorous, brilliant, witty, and charming all at the same time. She’s an incredible lady and a worldwide treasure.

Petula and I chatted about her latest album … Lost In You, her signature #1 international hit “Downtown,” a longtime collaboration with Tony Hatch, the British Invasion, the infamous Harry Belafonte story, Dean Martin, my notorious 'Field of Dreams' question and so much more.

Here’s my recent interview with International Singing Superstar, Top 40 Hits Musical Legend, Composer and Actress … PETULA CLARK.
Petula was in the Rhône-Alpes region at the south-eastern part of France in Megève during our interview.
Ray Shasho: Petula how are you?
Petula Clark: “I’m well Ray; we’re up in the mountains here. We have a chalet up here. It’s been a beautiful day, and it’s always perfect when you have lots of snow and blue skies. It’s not Florida …but not bad at all.”
Ray Shasho: You live in Switzerland?
Petula Clark: “I’ve been living in Geneva, Switzerland for many years. There’s a German and Italian part … we’re in the French speaking part. It’s actually an interesting country.”
Ray Shasho: What enticed you into becoming a professional singer?
Petula Clark: “I started very young. My mother was from Wales and I spent quite a lot of my childhood in Wales and I used to speak Welsh. The first time I sang in public was in Chapel. But I didn’t make up my mind to become a professional singer; I was about five or six years old. In fact on the new album there’s a song called “Reflections.” I wrote the lyrics to some music by Bach and I decided to write about that moment in my childhood in Wales. That’s when I first became conscious of music within me and then it was important to me.”

“From then on … the first time that I sang in a big way was on the BBC in London, it was during the war and there was a lot of bombing going on. It was a fairly dangerous kind of place to be. But the BBC used to do a show at a theater in Piccadilly, which is still there; it’s called the Criterion Theatre. The BBC used this theatre because it’s underground and in fact it’s still there underground. They used to do this show especially for the troops and I had an uncle who was in the service. It was just a show for kids who could send messages to their dads, uncles or brothers… just say we’re fine and I hope you’re okay kind of thing.” 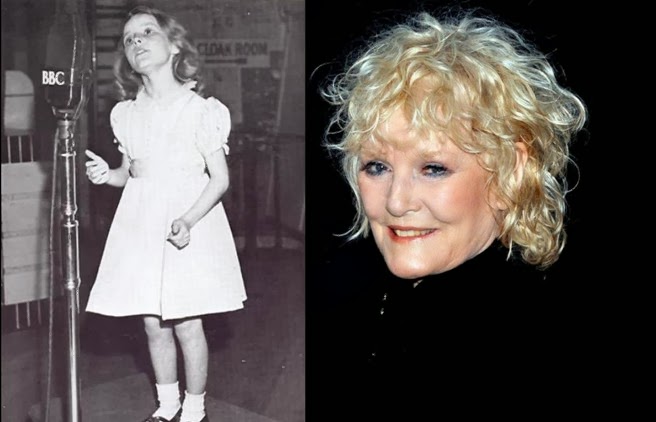 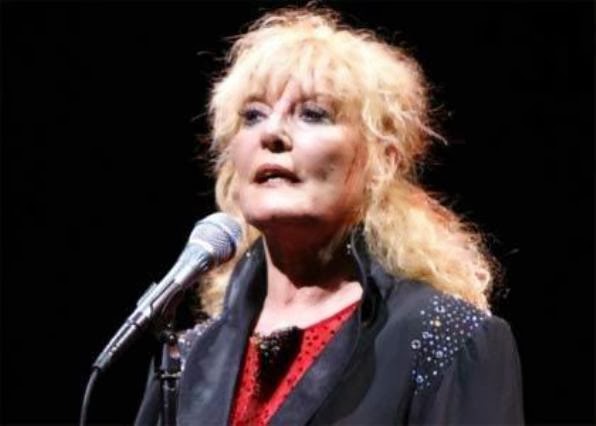 Posted by Classic Rock Here And Now at 2:58 AM No comments: