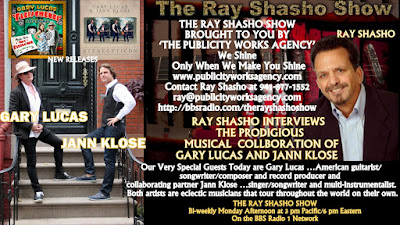 Our Very Special Guests Today are Gary Lucas …American guitarist/songwriter/composer and record producer and collaborating partner Jann Klose …singer/songwriter and multi-instrumentalist. Both artists are eclectic musicians that tour throughout the world on their own.

Jann says “A Stereopticon is a classic slide projector that combines two images to create a three-dimensional effect. The title fit since there are the two of us and the album was recorded live on two-inch tape, the classic analog recording technique.“
Gary explains how the two create their new songs, “There is a lot you can do with just voice and guitar; we took influences from all over the Americana spectrum, and added a few odd surprises.”

“Secret Wings” was one of their first collaborations. Jann says, “it’s about the City beating you down and making it through the noise and craziness, especially in New York City!” Created by DeAngela Napier, “Secret Wings” is the duo’s new music video and available on YouTube. “Secret Wings” features scenes of the City, from jarring cabs and graffiti to comfort zones like Jann and Gary playing at the Rockwood Music Hall and breathing in Central Park.

STEREOPTICON is produced by Jann, Gary, and Dan Beck, who call themselves “Dr. Tre.”

Max Fleischer is the animation genius behind Betty Boop and Popeye, he was rocking NYC and the rest of America from his Fleischer studios base in times square in the early 30's  and giving Walt Disney on the west coast a run for his money. Gary is currently collaborating with Steve Kilbey (The Church), and Chris Shinn (new lead singer of Live), and was (this fall) Music Director of “State of Grace,” a multi-artist Australian tribute to Tim and Jeff Buckley. 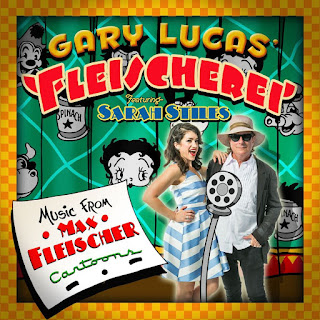 In 2015 Jann and his music appeared in the short film THE BEAUTY OF DISASTER (Glimmer Girl, USA) and the award-winning Australian feature documentary A VENUE FOR THE END OF THE WORLD (BrinkVision, USA). His most recent album, MOSAIC won three 2014 Independent Music Awards and charted for several months on the AMA and Roots Rock charts.
Gary and Jann both worked on the movie GREETINGS FROM TIM BUCKLEY (Tribeca Film/Focus/Universal). Jann is the singing voice of Tim Buckley, while Gary consulted and played guitar. Tony Award winner Frank Wood plays Gary in the film.
Gary and Jann will be performing select shows together this Spring in the United States.
It is my great pleasure to welcome Gary Lucas and Jann Klose to the Ray Shasho Show! 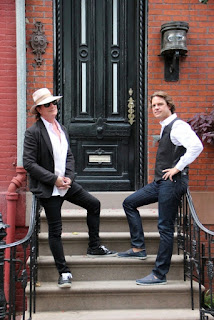 For touring schedules and additional information about the artists visit ...
www.garylucas.com

THE RAY SHASHO SHOW
Bi-weekly Monday Afternoon at 3pm Pacific/6 pm Eastern
On the BBS Radio 1 Network
THE RAY SHASHO SHOW
IS BROUGHT TO YOU BY
‘THE PUBLICITY WORKS AGENCY’
We Shine Only When We Make You Shine
Website http://www.publicityworksagency.com/
Contact Ray Shasho at 941-877-1552
Email us at ray@publicityworksagency.com
http://bbsradio.com/therayshashoshow
Posted by Classic Rock Here And Now at 1:55 AM