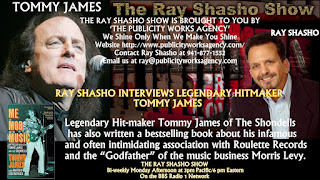 Our Very Special Guest Today is legendary Hit-maker Tommy James of The Shondells who has also written a bestselling book about his infamous and often intimidating association with Roulette Records and the “Godfather” of the music business Morris Levy.
After Tommy James and his family moved to Niles, Michigan he assembled what became a very popular local act called The Tornadoes. A local deejay asked the band to sign with his new label called Snap Records. One of the tunes recorded was a catchy rock and roll ditty written by Jeff Barry and Ellie Greenwich called “Hanky Panky.”
The song quickly became a local hit and then rapidly faded away into oblivion.
Two years later an improbable occurrence unfolded when “Hanky Panky” was discovered in a record bin by a nightclub deejay in Pittsburgh. He began playing the newly discovered 45 at weekend dances and the response was beyond overwhelming.  A local record distributer bootlegged it and sold 80,000 copies in just ten days. By May of 1966 “Hanky Panky” became a number one hit in Pittsburgh. Later a promoter hunted down Tommy in Niles, Michigan and urged him to come to Pittsburgh where he was already a huge sensation.
A young and impressionable Tommy James would soon be trying to sell “Hanky Panky” to the largest record companies in New York. With an original copy from Snap Records and a bootleg copy in hand the executives from all the major labels positioned themselves to sign the rock and roll Boy Wonder. Strangely the next morning Tommy received a phone call informing him that all those record companies that were so eager to sign him had decided to pass. A disconcerted James then received a call from Jerry Wexler of Atlantic records who informed Tommy that he received a call from Morris Levy president of Roulette Records. The message was made crystal clear to Wexler and all the other record execs.
Levy said, “This is my F’ing record! Leave it alone.”
(Hanky Panky became number one on the charts in America and the biggest summer hit of 1966)
Thus began the infamous relationship between Tommy James, Roulette Records and music mogul/ gangster Morris Levy. After every crime family member connected to Roulette Records had passed away, Tommy James was compelled to profess his incredible story. So with help from author Martin Fitzpatrick, James confessed his story into a book called Me, the Mob, and the Music which became a Simon and Schuster Best Seller. 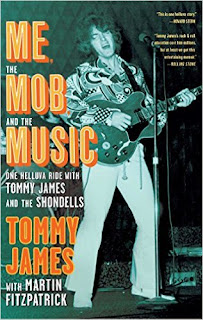 Tommy James has sold over 100 million records and was awarded 23 gold singles plus nine gold and platinum albums. Some of his legendary hits include “Hanky Panky,”  “I Think We’re Alone Now,” “Mony Mony,” “Crimson and Clover,” “Crystal Blue Persuasion,” “Sweet Cherry Wine” and “Draggin’ The Line.”

During 1968-69 Tommy James and The Shondells sold more single records (45’s) than any artist in the world, including The Beatles. 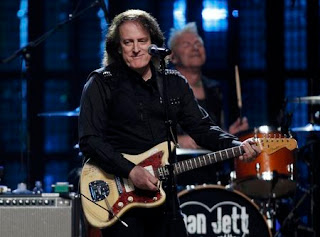 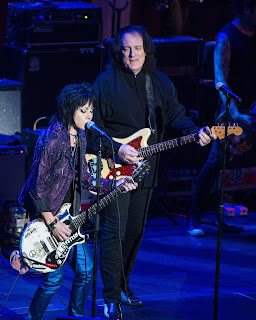 Posted by Classic Rock Here And Now at 11:34 PM

Email ThisBlogThis!Share to TwitterShare to FacebookShare to Pinterest
Labels: #me the mob and the music, #New Music, #the #bbs radio 1, #The Ray Shasho Show, #tommy james interview, #top 40 hits