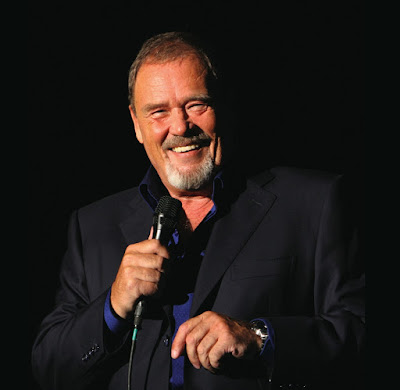 David Clayton-Thomas inherited his musical savvy by performing in clubs on Toronto’s infamous Yonge Street back in the early 60’s, a music scene that had also launched the careers of fellow Canadians Gordon Lightfoot and Neil Young to name just a few. Rockabilly musician Ronnie Hawkins referred to Yonge Street as “The Promise Land.” Toronto was without racial barriers and became a Mecca for R&B artists, which also gave them the opportunity to perform for the first time to white audiences. At a young age, David became heavily influenced by those rhythm and blues artists who performed regularly in Toronto, which led to David Clayton-
Thomas becoming one of the most recognized blue-eyed soul singers in the world.

But it would be David’s earliest roots, his passion for Mississippi Delta Blues that helped him move to New York and launch a brilliant career with the finest musicians. While playing in little clubs in Toronto, blues legend John Lee Hooker frequently performed, and David would grab his guitar in between sets and go over and sit in with him. Thomas eventually ended up playing with Hooker in New York and continued to live there for the next forty years.

DAVID CLAYTON-THOMAS joined Blood, Sweat & Tears in the summer of 1968. The band was originally formed by Al Kooper and named after Johnny Cash's 1963 album Blood, Sweat and Tears. Kooper left the group but not before writing the B, S &T early classic “I Love You More Than You'll Ever Know.”  Kooper played on hundreds of records, including The Rolling Stones, B. B. King, The Who, The Jimi Hendrix Experience, Alice Cooper, and Cream. He discovered the band Lynyrd Skynyrd, and produced and performed on their first three albums

Folk singer Judy Collins heard David Clayton-Thomas one night at a club uptown and told her friend, drummer Bobby Colomby about him. Bobby invited David to help rebuild his shattered band and saying … “We never heard anyone sing like that!” They took the reformed group into the Café Au Go Go in the Village. Six weeks later, there were lines of people around the block, waiting to get into a club which only seated about 200 people.

David Clayton-Thomas’ debut album with the band was simply entitled … Blood, Sweat & Tearsand became their most successful album to date, spawning three successive Top 5 hits in 1969 …a cover of Berry Gordy & Brenda Holloway’s “You've Made Me So Very Happy,”  the David Clayton-Thomas penned “Spinning Wheel,” and their version of Laura Nyro's “And When I Die.” All three singles reached #2 on Billboard’s Hot 100 chart. "Spinning Wheel" reached #1 on the Adult Contemporary chart. The album sold more than 10-million copies worldwide.
In 1970, Blood, Sweat & Tears won an unprecedented (5) Grammy awards including …
Album of the Year … Best Arrangement Accompanying Vocalist … and … Best Contemporary Instrumental Performance. 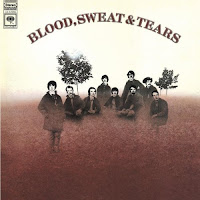 Clayton-Thomas returned to Blood, Sweat & Tears in 1975 and recorded the New City album

In 1996, David was inducted into the Canadian Music Hall of Fame.

In 2007, his jazz/rock composition “Spinning Wheel” was enshrined in the Songwriter’s Hall Of Fame.

In 2010, David received his star on Canada’s Walk of Fame.

In 2011, Author David Clayton-Thomas released his memoir Blood, Sweat & Tears: A brutally truthful memoir, Clayton-Thomas reveals what it was like to headline at Woodstock, to tour behind the Iron Curtain, to watch brilliant musicians tear their own band apart with in-fighting, and to make his fortune only to lose it all ... and start over again. This is a story of grit, courage, and determination. It is, above all, a story of survival. -Available to purchase now at amazon.com.

I had the rare pleasure of chatting with David Clayton-Thomas recently about the Soul Ballads album, Blood, Sweat & Tears, The inception of “Spinning Wheel,” The current state of the music industry, My infamous ‘Field of Dreams’ wish question and much-much more! 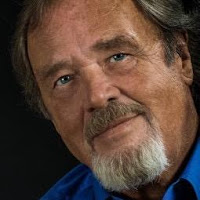 “But like I said, I was getting pressure from both sides to get a new album out and that’s when I called Lou Pomanti, I said, you know you’ve been bugging me for years to do this album, I think the time is right. I don’t have any original material ready to go and we need an album three months from now. I said can we do it? He said, sure we can!”
Ray Shasho: David, what year did you join Blood, Sweat & Tears?
David Clayton-Thomas: “In the summer of 1968. We recorded the album over the course of that summer, it was released in October and by Christmas it was the number one album in the world.”
Ray Shasho: The album was a huge commercial success and spawned (3) consecutive Top 5 singles. It also won a Grammy Award for ‘Album of the Year.’ How did a newly reconstructed Blood, Sweat & Tears achieve commercial success right out of the gate?
David Clayton-Thomas: “We had the top musicians in New York, who weren’t generally known to the public, but these were the ‘A’ team guys … Bobby Colomby, Randy Brecker… these are great-great musicians! But I think the musical climate was different then. Today it seems that everybody wants to put out records to please the marketing guys and it sounds like everything else on the radio. In the 60’s it was a different philosophy, we came into an era that was mostly big power rock bands like Hendrix, The Who, Cream … and we came out of left field with Julliard graduates playing trombones, trumpets and flutes with Basie-Ellington types of arrangements and very much a New York City band. We succeeded so quickly because it was so different, there was nothing like it out there. And in those days was a bonus. Blood, Sweat & Tears were serious musicians and all of a sudden they were playing to 22,000 screaming people at Madison Square Garden. It was a great band and had a great run. I’m very proud of it.”

“The Toronto music scene is heavily R&B oriented and the reason for that being is, back in the 60’s when we young Canadian musicians were growing up, and I’m talking about people like Burton Cummings, Randy Bachman, Neil Young, Joni Mitchell … there was a color bar in the states, if you were a black band and worked in Detroit you worked black clubs. They wouldn’t even allow mixed bands, you couldn’t even have a white guy in your band or a white band couldn’t have a black guy in it. What happened was because of our proximity to all those great towns, all those great R&B artists from Chicago and Detroit came up to Canada. There was no color bar up here. Up here they played in all the finest clubs and were idolized. Those great R&B artists loved to go to England and to Canada because there was no racism here. The first time I heard Eric Clapton, I said this guy has been listening to Chicago Blues … well of course; all the black artists would go over and play in England and would develop a huge following there, everyone from The Beatles to the Stones were heavily influenced by the Black American artists.”
Ray Shasho: David, here’s a question that I ask everyone that I interview. If you had a ‘Field of Dreams’ wish like the movie, to sing or collaborate with anyone from the past or present, who would that be?
David Clayton-Thomas: “I’ve been very lucky because I’ve already collaborated with everyone who I’d want to collaborate with … I would have loved to sit down and sing with Ray Charles, I did get to sing with Aretha Franklin on a number of different occasions and she’s another one of my idols. There are a few young bands … I saw a Bruno Mars show a couple of months ago and he kicks ass … that’s a serious old school R&B artist.”
Ray Shasho: David, thank you so much for being on the call today and for all the incredible music you’ve given us with Blood, Sweat & Tears and all the great music you continue to bring!
David Clayton-Thomas: “It’s been a pleasure talking with you Ray.” 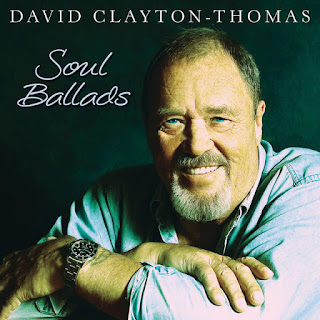 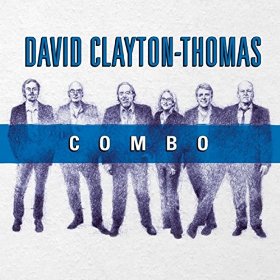 COMING UP … An interview with vocalist/author JOE BONSALL
of the legendary … ‘OAK RIDGE BOYS’ and guitar legend/singer/producer DAVE EDMUNDS (Rockpile).

PURCHASE Ray Shasho’s latest novel Wacky Shenanigans on F Street –Proud to be Politically Incorrect in Washington D.C. -available at amazon.com or barnesandnoble.com   - Please support Ray by purchasing his book so he may continue to bring you quality classic rock music reporting. 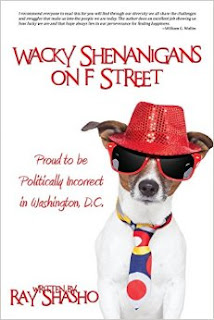 Posted by Classic Rock Here And Now at 2:51 AM