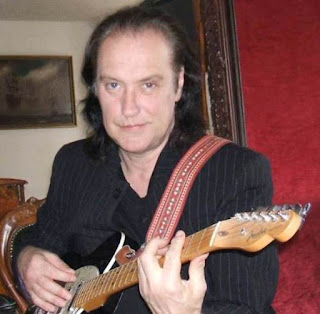 Dave Davies, guitar extraordinaire, vocalist and songwriter of The Kinks, is the founding member for the most precocious and critical bands in rock and roll history. The Kinks materialized musically in 1964 during the global hysteria of the British Invasion.

Dave Davies prolific power chords and older brother Ray Davies catchy lyrics scored commercially with “You Really Got Me” reaching #1 in the UK and #7 on the U.S. charts. That same year The Kinks released “All Day and All of the Night” another huge hit peaking at #2 on the UK singles chart and #7 on Billboard’s Hot 100 chart in the U.S.

The Kinks quickly became one of the elite rock and roll music acts of the British Invasion.

THE NEW ALBUM ‘I Will Be Me’ by Dave Davies is a powerful and ingenious statement. It’s Davies sixth solo effort. The album features guest appearances by The Jayhawks, Anti-Flag, British blues guitarist Oli Brown, jazz/rock guitarist Chris Spedding, stoner rock/psychedelic group Dead Meadow, Aussie rockers The Art, The Bloody Hollies, guitarist John Wesley, Geri X and others. The opening track…“Little Green Amp” instantly unleashes an unyielding rock and roll frenzy with a glorious flashback to the days of The Kinks. Davies commanding guitar riffs and poetic hardcore melodies are superlative. The following track … “Livin’ in the Past” will be better appreciated at peak modulation, the song absolutely rocks! Other notable tracks on the new Dave Davies release are … “Energy Fields” A surreal psychedelic rock journey that transcends the soul into new dimensions. “Erotic Neurotic” is a deranged and hip lyrical driven arrangement accompanied by guitar wizardry. “You Can Break My Heart” is another offbeat creation that exemplifies the sheer musical genius of Dave Davies. “Walker through the Worlds” …is my favorite track, a metaphysical interlude piloted by Davies spirituality and inner peace. Really cool tune! “Cote Du Rhone” (I Will Be Me)… is the ending and title track for the new album, the song illustrates Davies profound and significant songwriting. … I Will Be Me is extraordinary and brilliant; I gave Dave Davies new release FIVE (5) STARS. (Cleopatra Label Group)

DAVE DAVIES was born in London, England and grew up in a tight-knit musical family; he is the youngest of eight children including six sisters. Davies was well-versed on a variety of musical genres at an early age. After learning to play the electric guitar, he performed with his older brother Ray Davies when he was just 13 years old. The brothers recruited bassist and friend Peter Quaife and formed The Ravens. A self-produced demo tape was discovered by record producer Shel Talmy. In 1964, with Talmy’s guidance, the newly formed group landed a contract with Pye Records. Before they signed the contract, the band replaced their drummer with Mick Avory and recreated the bands moniker to The Kinks.

In 1968, The Kinks released their critically-acclaimed concept album Village Green Preservation Society. It was the last album to feature all original Kinks band members as bassist Peter Quaife left the group. Brothers Dave and Ray Davies would become the longest lasting members of The Kinks until their eventual demise in 1996.

Although The Kinks enjoyed enormous commercial success in the United States, an unresolved dispute with the American Federation of Musicians during their 1965 tour had sidelined the group from performing in America until 1969.

In 1970, The Kinks “Lola” written by Ray Davies reached #2 on the UK charts and #9 in the U.S. The song was inspired after watching their band manager, Robert Wace, dance with a transvestite. The song brought The Kinks back into prominence.
Also in 1970, Their single “Apeman” reached #5 in the UK and #45 on the U.S. charts.
In 1971, the band’s recording contracts with Pye and Reprise Records had expired. The Kinks signed a multi-album deal with RCA Records. The Kinks experimented during the RCA years with a series of theatrical concept albums and rock operas (1971-75).

In 1977, the Sleepwalker album was released. The band returned to its rock and roll roots after years of concept albums. Low Budget (1979) became one of their most successful albums in America, peaking at #11 on the U.S. album charts.

The Kinks were inducted into The Rock and Roll Hall of Fame in 1990. The band called it quits in 1996.

Dave and Ray Davies continue to release critically acclaimed solo projects and over the years there have been occasional rumors of a Kinks reunion.

In 2004, Dave Davies suffered a serious stroke as a result of high blood pressure. 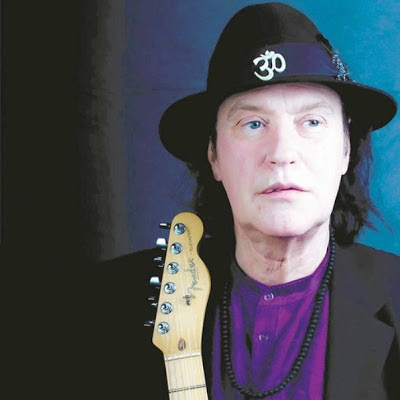 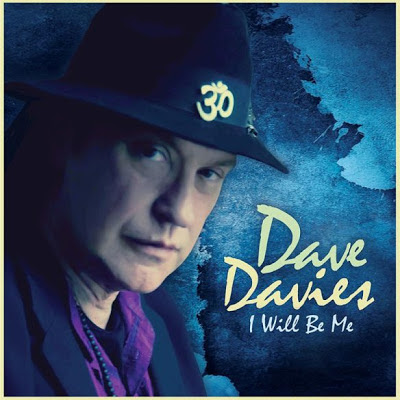 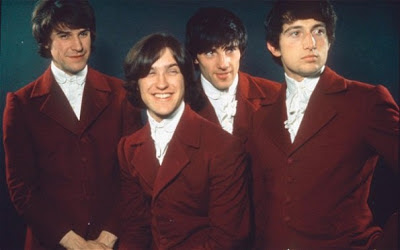 Posted by Classic Rock Here And Now at 11:42 PM