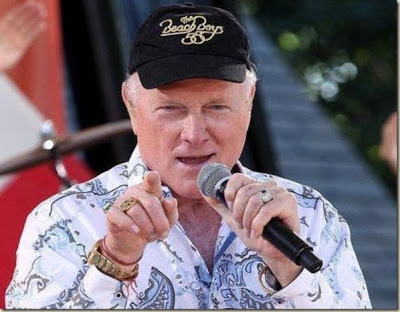 Mike Love is the high-spirited singer, songwriter and founding member for perhaps the greatest and most cherished rock bands in the U.S.A., The Beach Boys. Since the group’s inception in 1961, Mike Love has been The Beach Boy’s quintessence lyricist and showman.

The Beach Boys will be performing at Tampa’s Seminole Hard Rock Hotel & Casino on July 18th at 8:30 p.m., as part of the Hard Rock Heatwave summer event promotion. Tickets for the 21and over concert are $69 and available through Ticketmaster outlets, the Hard Rock Store inside the casino at 5223 Orient Rd, or charge by phone at 1-800-745-3000. Visit the Seminole Hard Rock Tampa official website at www.seminolehardrocktampa.com.

Brian Wilson, Al Jardine and David Marks will be taking their own lineup on the road for a separate summer tour in 2013.

The Beach Boys history: In 1961, the three brothers -- The oldest Brian, Carl and Dennis Wilson - were joined by their cousin, Mike Love, and schoolmate, Alan Jardine (who was replaced by David Marks, before rejoining). The Pendletones changed their name to The Beach Boys and celebrated their first hit song called "Surfin'" on the local airwaves in their home state of California. The tune was co-written by Mike Love.

After President Kennedy was assassinated on November 22nd, Brian Wilson and Mike Love wrote "The Warmth of the Sun" as a musical reaction to the tragedy on the following day.
The Beach Boys began touring outside the United States in January of 1964. The Beatles first shows in America were on February 9th at The Ed Sullivan Theater and first live appearance at the Washington Coliseum in D.C. on February 11th of 1964.

Bruce Johnston Joined The Beach Boys in 1965 replacing Glen Campbell who had been a touring member of the group while filling in for Brian Wilson.

On May 16th of 1966, The Beach Boys masterpiece- Pet Sounds was released, spawning the Top 40 hits "Wouldn't It Be Nice" and "God Only Knows." The album is still considered one of the most influential records in popular music history.

Also in 1966, one of the most expensive productions for that era, "Good Vibrations" penned by Mike Love was completed. The single became their third #1 hit and first Platinum-certified million selling single.

After going to England, The Beach Boys were declared as the only true rivals to The Beatles.
Mike Love’s spiritual pursuit for inner peace led to his lifelong practice of Transcendental Meditation™. In February of 1968, Mike Love accompanied The Beatles, Donovan, Mia Farrow and Prudence Farrow, on a historical pilgrimage to Rishikesh, India to attend an advanced Transcendental Meditation session at the ashram of Maharishi Yogi.


Throughout the 70's, The Beach Boys solidified themselves as America's fun and favorite band, giving us unprecedented releases like the double album compilation Endless Summer.

Throughout the 80's and 90's, The Beach Boys headlined (4) Independence Day shows on the Washington Monument grounds. On July 4th, 1985 they played to an afternoon crowd of an estimated one million in Philadelphia and that evening they performed for over 750,000 people on the Mall in Washington D.C. The Beach Boys also played at the Live Aid Concert, Farm Aid concerts, the Statue of Liberty's 100th Anniversary Salute and the Super Bowl.


“Kokomo” was released in 1988. The catchy summertime classic was penned by John Phillips (Mamas & the Papas), Scott McKenzie, Mike Love and Terry Melcher. The song became a #1 hit in the U.S., Japan and Australia. It was the only #1 hit without Brian Wilson’s contribution to the group.

The Beach Boys were inducted into the Rock and Roll Hall of Fame in 1988.

The band was honored at the 2001 Grammy Awards, receiving The Lifetime Achievement Award from the Recording Academy.


The Very Best Of The Beach Boys: Sounds of Summer Capitol/EMI's 30-track collection of the band's biggest hits, has achieved massive triple-platinum success with sales of more than two million copies in the United States since its 2003 release.

Most recently The Beach Boys released their 29th studio album entitled That’s Why God Made the Radio in 2012. It was the band’s first album featuring original material since the Summer in Paradise release in 1992. The album reached #3 on Billboard’s Hot 200 chart.

The Smile Sessions Deluxe Box Set (released in 2011) won a Grammy Award for Best Historical Album. The award was announced at the 55th Annual Grammy Awards on February 10th 2013.


Also watch for the release of Made in California, a 6-CD career retrospective Box Set premiering 60- previously unreleased tracks and featuring more than 7 1/2 hours of music from 1961 to present day. Capitol Records target date for the release is August 27th (Available for pre-order now at amazon.com).

Mike Love is responsible for many of the lyrics, concepts and hooks on the majority of classic Beach Boys hits including … “Good Vibrations,” “Kokomo,” “Fun, Fun, Fun,” “I Get Around,” “Surfin’ Safari,” “Help Me Rhonda,” “Do It Again,” and “California Girls,” including co-authoring more than a dozen Top 10 singles within a five year period.

The Beach Boys are undeniably a National Treasure.

Love was recently recognized for his decades of dedication to an investment in education and national service by being awarded City Year’s “Seven Generations Award.” He’s also been a longtime supporter of environmental causes. He created the “Love Foundation” which supports national environmental and educational initiatives. Love is a member of the Board of Directors of the Incline Academy in Incline Village, Nevada and responsible for raising over one million dollars to benefit the school.


Mike Love is happily married with eight children and spends time between his homes in Southern California and Lake Tahoe.

The Beach Boys will be performing at Tampa’s Seminole Hard Rock Hotel & Casino on July 18th at 8:30 p.m., as part of the Hard Rock Heatwave summer event promotion. Tickets for the 21and over concert are $69 and available through Ticketmaster outlets, the Hard Rock Store inside the casino at 5223 Orient Rd, or charge by phone at 1-800-745-3000. Visit the Seminole Hard Rock Tampa official website at www.seminolehardrocktampa.com.

Very special thanks to Ivonne Snavely and Jay Jones.

Coming up next … My recent interview with Dave Davies, legendary guitarist for The Kinks. 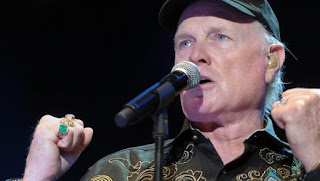 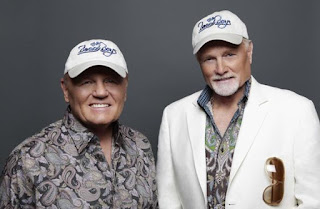 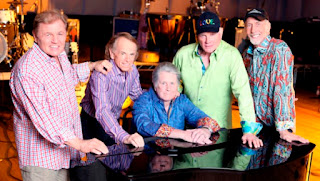 Posted by Classic Rock Here And Now at 2:15 AM