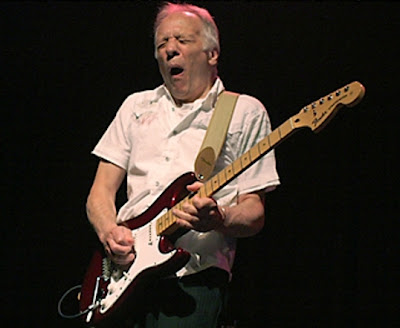 The most memorable cover tracks of roots and branches is Trower’s impressive blues rendition of the Willie Dixon penned, “Little Red Rooster,” Arthur “Big Boy” Crudup’s, “That’s Alright (Mama),” and the Booker T. Jones/ William Bell composition “Born Under a Bad Sign.” Robin Trower instills the magic of his own genius into these timeless classics. Trower’s heavier rock and blues adaptation of “That’s Alright Mama” should inspire generations for years to come.

My favorite tunes on roots and branches are the back to basics Trower arrangements of “See My Life” and “Sheltered Moon.” “See My Life” runs deep; it’s an incredible hard rockin’ blues composition that wails … Trower Power!
Robin Trower has also established himself as a first-rate rock vocalist. Although Trower contributed vocals while with Procol Harum, during his quintessential period with legendary music partner and friend James Dewar … Trower’s only voice contribution to the classic lineup was a short dialogue at the beginning of the track, “Twice Removed from Yesterday. …I gave roots and branches (5) five stars.

The BEGINNING: In 1960, the British guitarist formed The Paramounts, which would eventually evolve into the progressive rock band Procol Harum. The Paramounts lone hit was a cover version of The Coasters classic, “Poison Ivy” (1964 #35 U.K Singles Chart). The Paramounts split-up in 1966.

THE POWER TRIO: In 1973, the inception of a new power trio would epitomize what would become Robin Trower. James Dewar on lead vocals and bass, Robin Trower on guitars and Reg Isidore on drums launched their brilliant debut album entitled, Twice Removed From Yesterday. Most of the songs on the album were written by Trower and Dewar. The album was the first of many recorded on the British Chrysalis Record label created by Chris Wright and Terry Ellis (Jethro Tull).
Robin Trower’s guitar styles were immediately correlated with Jim Hendrix. Critiques hurried to dub him “The White Hendrix.” I say to those critics …


You didn’t listen closely enough to the music. From the very beginning, Trower developed a very unique style of his own. Trower’s ingredients included a heavy dose of hypnotic rock with progressive, blues, acid rock and R&B overtones. The metaphysical lyrical content was delivered by the commanding voice of James Dewar. The mesmerizing musical qualities of Trower and Dewar instantly transported the listener’s mind musically into other worlds and dimensions. Of course there were guitar techniques that were similarities to Hendrix but Trower grasped the means and created a brave new style.

Twice Removed From Yesterday established many of Trower’s touring setlist classics … the hypnotic “Daydream,” the unyielding “I Can’t Wait Much Longer,” the blues standard, “Rock Me Baby,” and my personal favorite track “Ballerina” spotlighting the haunting vocalizations of James Dewar. The album became certified gold.

Robin Trower’s next album, Bridge of Sighs (#7 on the U.S. Charts) became a huge commercial success and one of the most critically acclaimed albums in rock history. It was now evident that the band had created a certain musical mystique and allure over its listeners. Every song on the album was brilliantly composed and performed. The title track, “Bridge of Sighs” would become Robin Trower’s anthem.

In 1975, Robin Trower released For Earth Below. A magnificently engineered album produced by Procol Harum bandmate Matthew Fisher. Fisher also produced the first two Trower albums but this would be his last. Drummer Reg Isidore was replaced with Bill Lordan (Sly & The Family Stone).
Long Misty Days was released in 1976. The album reflected vintage Trower arrangements while the single, “Caledonia” actually found its way onto mainstream radio playlists. The album, Robin Trower Live was also released that same year.

In 1977, Rustee Allen (Sly & The Family Stone) was brought in to play bass so James Dewar could relax his role as the bands lead vocalist. The group also established itself as a mega concert attraction selling out arenas and stadiums worldwide and appearing on national television and radio syndicated music shows. In City Dreams, their fifth studio album was also released that year and became the bands fifth consecutive certified gold album.

The 1983 release Back It Up brought in Dave Bronze on bass and Alan Clarke on drums. It would also be the final album featuring their legendary vocalist James Dewar.
In 1987, longtime Trower lead vocalist and bassist James Dewar became disabled after a medical error damaged his brain. A new Trower lineup was announced that included vocalist Davey Pattison of the Ronnie Montrose inspired rock band Gamma. The band released the album Passion.

Robin Trower began a musical collaboration with Bryan Ferry (Roxy Music) in 1993 on the album Taxi which he also co-produced.

I had the great pleasure of chatting with Robin Trower recently about his latest album roots and branches and about an amazing music career that has spanned over five decades. He’s a soft spoken gentleman and just a really nice guy. It became evident to me that his love of writing music, creating new ideas and playing the guitar, always has and will forever be his passion. He also hinted about another new Robin Trower album. 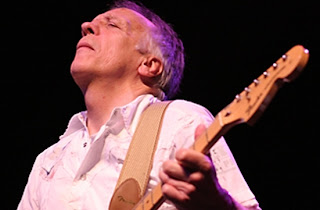 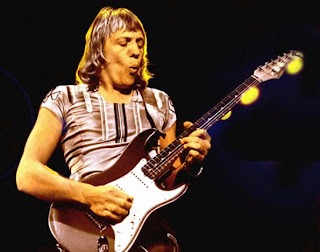 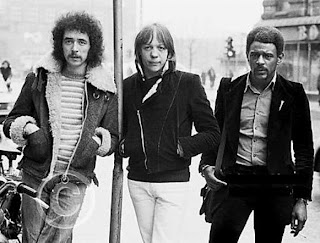 Posted by Classic Rock Here And Now at 6:42 PM