Dr. John Exclusive Interview: Musically He’s Been in the Right Place at the Right Time 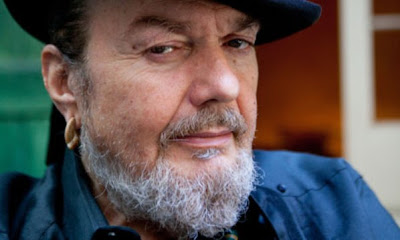 Malcolm John “Mac” Rebennack, Jr. is not exactly a household name, but Dr. John, the Nite Tripper, or Dr. John Creaux, are the distinguished stage names for a man whose musical genius inspired generations of musicians and enthusiasts.
The New Orleans native, whose roots can be traced back to the early 1800s, is a National Treasure. Dr. John’s musical ingenuity began at an early age. Mac’s dad owned an appliance store and record shop, and was quickly introduced to virtuoso jazz musicians like Louis Armstrong and King Oliver. His father’s connections enabled him to grasp the musical knowledge needed while rubbing elbows with elite performers. Mac’s impertinence became evident after meeting Professor Longhair in his early teens, and after receiving his dad’s blessing to launch a career as a professional musician.

As a teenager, Mac Rebennack, Jr. was hired by Johnny Vincent in a producer role for Ace Records. In the late 1950s he became an A/R (Artists and Repertoire) man for ACE as well as RON and RIC Records. He began playing the guitar and performed on recordings with such legendary artists as Professor Longhair, Joe Tex, Art Neville, and Frankie Ford. He switched to bass guitar and finally to keyboards after his left ring finger was injured by gunshot after defending bandmate Ronnie Barron.

Dr. John moved to Los Angeles in the early 1960s and quickly became a sought-out session musician performing on recordings by Van Morrison, Sonny and Cher, Aretha Franklin, Canned Heat, Frank Zappa and the Mothers of Invention and on The Rolling Stones Exile on Main St. album to name just a few.
He also launched a solo career during that period and developed the infamous stage presence of Dr. John, the Nite Tripper. A virtuoso pianist/keyboardist embellished in Voodoo charms and Regalia, inspired by an eclectic blend of funk, rhythm & blues, voodoo mysticism, psychedelic rock and Creole roots. His debut album Gris-gris released on Atco records in 1968 received instant rave reviews.

Dr. John was revered by his peers for his innovating eccentricity and musical dillettante. His albums, The Sun, Moon and Herbs (1971) and In the Right Place (1973) featured guest appearances by Eric Clapton, Mick Jagger, members of The Meters, Allen Toussaint, and David Spinozza. In the Right Place spawned Dr. John’s signature anthem tune, “Right Place Wrong Time” (#9 on Billboard’s Hot 100 singles) and “Such a Night” (#42 Billboard Hit). In the Right Place became the biggest selling album in his career.

Throughout the 70s, Dr. John added musical flavors of blues, New Orleans R&B, and Tin Pan Alley standards to his expanding musical repertoire, which already featured elements of funk, zydeco, jazz, rock and roll and boogie-woogie. Dr. John toured extensively and performed on classic rock television programs such as Don Kirshner’s Rock Concert and ABC’s In Concert. He also performed at the farewell concert for The Band (1976) and was featured in the movie The Last Waltz in 1979. The movie was filmed by director Martin Scorsese.
Besides a flourishing solo-career, Dr. John provided his incredible musical talents to various acclaimed tracks and recordings by Carly Simon and James Taylor, Neil Diamond, Maria Muldaur, Levon Helm, Van Morrison, Rickie Lee Jones, and Willy DeVille to name just a few. Dr. John also entered into a musical collaboration with American blues singer/songwriter Doc Promus, a successful relationship that endured for over twenty years. Promus was inducted into the Rock and Roll Hall of Fame in 1992.

Big Easy legend Dr. John celebrated Grammy Award wins in 1989, 1992, 1996 and 2000, and had received six other nominations over the years. He was also awarded the distinguished Académie Charles Cros 57ème Palmarès award in France, marking the first time since the 70’s that a North American artist had received the award.
After Hurricane Katrina, Dr. John instantly contributed his efforts in relief-fund raising concerts and recordings. In 2008, he released the album, City That Care Forgot earning him yet another Grammy Award for Best Contemporary Blues Album –The fifth of his illustrious music career.

In 2008, he was inducted into the Louisiana Music Hall of Fame.

Dr. John was inducted into the Rock and Roll Hall of Fame in 2011 by singer/songwriter/actor John Legend.

He’s recorded over thirty solo albums and has collaborated on countless recordings with legendary artists and musicians.
In 2012, Dr. John released the critically-acclaimed album Locked Down. The album was rated #15 on Rolling Stone’s list of top 50 albums for 2012. The album spotlights guitarist/vocalist Dan Auerbach of The Black Keys. The release was recorded in Nashville and produced by Auerbach.
At 72, Dr. John continues to be one of the hardest working entertainers in show business, performing at numerous outdoor music festivals and sold-out concert halls around the globe. He performed most recently in St. Pete, Florida at the Sunshine Blues Festival at Vinoy Park.

Coming up next …an interview with original Beatles drummer Pete Best! 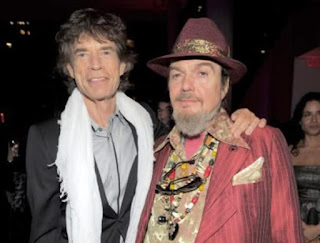 Posted by Classic Rock Here And Now at 3:15 AM