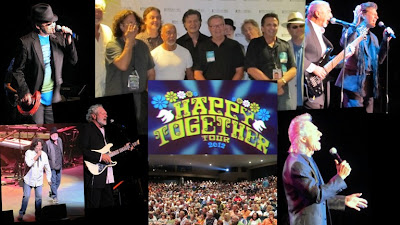 Your hometown “Boss Jock” excitedly babbled over the airwaves about the latest hit record to enter his hot “Stacks of Wax” while you listened impatiently on your pocket-sized AM transistor radio held close to your ear. Your next move was to rush down to the nearest record store and grab a 45 rpm copy for less than a buck before the store sold-out. Then you dashed back home or over to a friend’s house where it was played over and over again on a portable record player and practically wearing down the enduring stylus beneath the pivoting tone arm. There were no MP3s or Smartphones, just an uncomplicated time when the music meant more than the technology.
The Happy Together concert brought it all back in a single evening of personal gratification and appreciation for some of those artists that helped mold a very important generation. For about three hours last night, a packed Ruth Eckerd Hall rekindled its youth and stopped the proverbial clock from ticking.

The evening began promptly at 7:30 p.m. with the introduction of The Buckinghams. Original bandmates guitarist/vocalist Carl Giammarese and bassist/vocalist Nick Fortuna performed one of the tightest performances of the evening and their vocals were superlative. The Chicago band was often mistaken for a British group in the 60s because of their name, led off with their 1967 (#6) Hit “Don’t You Care.” In 1967 The Buckinghams were dubbed “The Most Listened to Band in America,” by Billboard Magazine. Their set continued with (#12) Hit “Hey Baby (They’re Playing Our Song)” and (#5) Hit “Mercy, Mercy Mercy.” Giammarese romantically singled out a woman sitting in the front row during “Susan” (#11) Hit. The Buckinghams concluded their set with their number (#1) Hit single “Kind Of a Drag” followed by a well deserved standing ovation.
Immediately after The Buckinghams exited the stage the PA announcer introduced The Grass Roots. The Roots are an interesting story, spotlighted by guitarist Dusty Hanvey and bassist/lead vocalist Mark Dawson. There are no original members of The Grass Roots in the band remaining. The heart and soul of The Grass Roots was frontman and leader Rob Grill who passed away in Orlando, Fl before last year’s Happy Together Tour. But nevertheless they are still a very good band. Dusty Hanvey’s guitar solo is definitely a highpoint on the tour, as it were last year. Hanvey is an exceptional guitarist who could probably match licks with most classic rock virtuosos. The Grass Roots opened with their (#16) Hit “Two Divided By Love” and (#9) Hit “Sooner Or Later.” Probably the biggest moment of the show came when the band harmonized a beautiful and haunting arrangement to all the veterans which quickly integrated into their (#8) Hit “Let’s Live For Today.” You could almost feel Rob Grill’s presence smiling down from the heavens. Dusty Hanvey’s solo during the song was remarkable and Dawson’s vocals were admirable. The band concluded their set with (#15) Hit “Temptation Eyes” and the bands biggest Hit (#5) in 1968 “Midnight Confessions.”
Without skipping a beat Gary Puckett arrived on stage. Puckett won the most youthful-looking prize for the evening and was remarkably fit. Puckett opened with one of many of his 1968 chartbusting hits “Lady Willpower” (#2) Hit, followed by “Over You” (#7) Hit. Puckett schmoozed the audience as a seasoned entertainer should. The Union Gap frontman lives in the Clearwater area so he had family and friends in the audience. Puckett mentioned that he was introduced recently at a Martin Short show at Ruth Eckerd Hall. Puckett’s next selection was “This Girl Is A Woman Now” (#2) Hit in 1969, followed by “Woman, Woman” #4 Hit in 1968, which Puckett said has reached the 16-million mark in total sales. Gary Puckett’s most memorable moment of the evening came with his performance of “Home” a tune dedicated to all the men and women defending our country. The song was accompanied by a heartfelt tribute film to the vets and received a huge standing ovation. Prior to the song, Puckett asked all the veterans in the audience to stand up and be recognized, and he thanked all of them while the audience applauded their accolades. Gary Puckett ended his set with “Young Girl” his #2 Hit from 1968.
Ray's interview with Gary Puckett can be found here www.examiner.com/article/an-interview-with-music-legends-micky-dolenz-ga...
After a short intermission it was time to bring out a Monkee. An exhilarated Micky Dolenz bounced out on stage as if he were still performing on The Monkees hit TV show. Dolenz definitely had the loudest crowd reception of the evening for an introduction. Wearing hat and sunglasses Micky belted out the Boyce and Hart penned 1966 tune “(I’m Not Your) Steppin’ Stone” (#20) Hit, followed by “She.” Dolenz proclaimed to the audience that the next tune was the one that started it all for The Monkees, then Micky performed a marvelous rendition of “Last Train To Clarksville” The Monkees (#1) Hit in 1966. Dolenz dedicated his next few selections to his former bandmate and close friend Davey Jones who passed away in February of this year. The Ruth Eckerd audience became fixated on a slideshow of Jones while Dolenz sang a few of Davey’s trademark tunes “Daydream Believer” (#1) Hit and “A Little Bit Me, and A Little Bit You” (#2) Hit on the Billboard charts.
Dolenz also thanked all the great writers of Monkees songs including Neil Diamond, Boyce and Hart, and on his next song, “Pleasant Valley Sunday” a Carole King penned composition. Micky Dolenz concluded his set with “I’m A Believer” The Monkees (#1) Hit in 1966.
Ray's interview with Micky Dolenz can also be found here www.examiner.com/article/an-interview-with-music-legends-micky-dolenz-ga...
After Micky Dolenz finished his set “Flo and Eddie” of The Turtles were introduced on stage. Professor Mark Volman (Belmont University) and Howard Kaylan repeated the Lady Gaga skit of last year and then opened their show with “She’d Rather Be With Me” (#3) Hit, followed by “You Baby.” “It Ain’t Me Babe” a Top Ten Hit in 1965 penned by Bob Dylan was performed next and always a crowd pleaser. The strongest tunes of their set were “Elenore” 1968 (#6) Hit and “Happy Together” (#1) Hit in 1967 knocking The Beatles “Penny Lane” from the number one position. The Turtles are always an exciting act to watch.
Ray's interview with The Turtles Mark Volman www.examiner.com/article/the-turtles-profound-witty-professor-mark-volma...
For the evening’s music finale, each artist was brought back to the stage one by one to sing their biggest hit song with the rest of the performers.


The Happy Together Tour has been delighting audiences since 1984, and last night’s packed house made it evident that there is a continued need for nostalgia entertainment. And after all, how can you go wrong when you’re featuring five of the greatest bands of the decade singing over 25 hit songs. It was a fun and entertaining evening for all.


Contact author/columnist Ray Shasho at rockraymond.shasho@gmail.com
Order Ray’s great new memoir called ‘Check the Gs’ and relive those magic memories of your youth. The book is also available for download on Nook and Kindle for ONLY .99 CENTS at amazon.com or barnesandnoble.com.

~~Pacific Book Review says… Ray Shasho is a product of the second half of the 20th century, made in the USA from parts around the world, and within him is every trend in music, television, politics and culture contributing to his philosophical and comically analytical reflections collected in his fine book of memories. I found Check the Gs to be pure entertainment, fantastic fun and a catalyst to igniting so many memories of my own life, as I too am within a few years of Ray. So to all, I say if you have a bit of grey hair (or no hair), buy this book! It’s a great gift for your “over-the-hill” friends, or for their kids, if they are the history buffs of younger generations trying to figure out why we are the way we are. 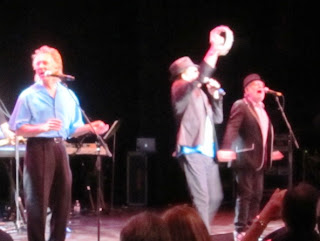 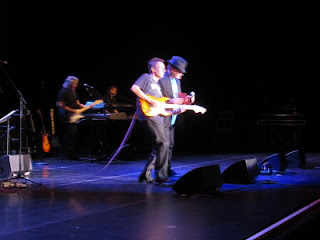 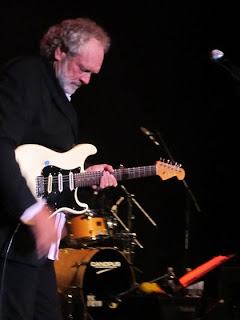 Posted by Classic Rock Here And Now at 3:00 AM