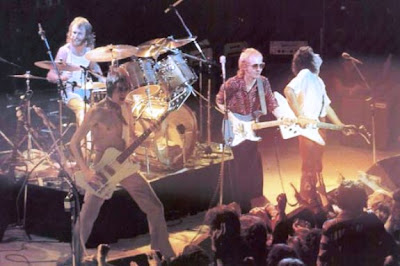 Wishbone Ash is an ingrained rock and roll phenomenon, and since the bands induction in 1969, they’ve continued to captivate ardent followers as well as contemporary fans. The band’s latest release is entitled Elegant Stealth, and like a fine wine, their music seems to improve with age.
The British progressive rock group was originally led by the commanding guitar-duo of Andy Powell and Ted Turner. Wishbone Ash are pioneers for spotlighting two lead guitarists and immortalizing the Gibson Flying V guitar. The Flying V became the bands trademark and would instantly identify the group.
In 1970, the group opened for Deep Purple. While Purple’s guitarist Ritchie Blackmore warmed up on stage during a sound check, Andy Powell walked onstage and began jamming with Blackmore. Blackmore suggested the band to producer Derek Lawrence, who later helped the band score their first record deal with Decca/MCA Records. Their debut album Wishbone Ash was released in December that very same year.
The band’s most commercially successful release came in 1972 with Argus (Named “Best British Album of the Year” by Melody Maker). The early, original, and most successful line-up of Wishbone Ash featured Andy Powell (guitars/vocals), Ted Turner (guitars/vocals), Martin Turner (bass/vocals) and Steve Upton (drums).
Wishbone Ash became one of England’s most popular hard rock acts during the early to mid 70’s under the management of Miles Copeland III.
Despite numerous personnel changes throughout the decades, Wishbone Ash has managed to churn out 23 quality albums. The band has remained in the limelight despite erratic changes in the music industry, perhaps due to remaining close to its roots while recording and touring extensively.
Andy Powell has also worked on sessions with George Harrison, Ringo Starr, Kashif, Stewart Copeland, Renaissance and many other legendary artists.
In 1988, Andy joined Ted Turner on the “Night of the Guitar” tour featuring Randy California (Spirit), Steve Howe (Yes), Leslie West (Mountain), Alvin Lee (Ten Years After), Robbie Krieger (The Doors), Jan Akkerman, Peter Haycock(Climax Blues Band) and Steve Hunter(Mitch Ryder, Lou Reed, Alice Cooper).
The current line-up of Wishbone Ash features original lead guitarist, singer, and songwriter Andy Powell, Bob Skeat on Bass, Muddy Manninen on guitars and Joe Crabtree on drums. Their latest release Elegant Stealth will transport you to the band’s glory days of the 1970s.
Elegant Stealth is a superlative mix of progressive rock virtuosity.
Andy Powell defined his career with Wishbone Ash by disclosing …”We love the life, we live the life, and the life has been good to us.”

*Coming up next my interview with Frank Marino of Mahogany Rush 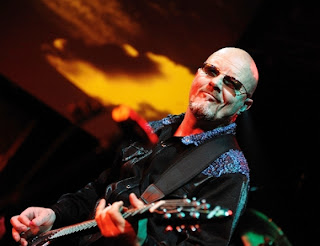 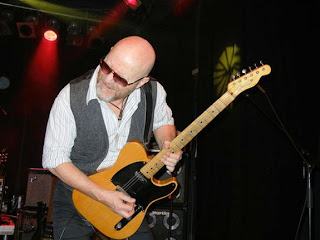 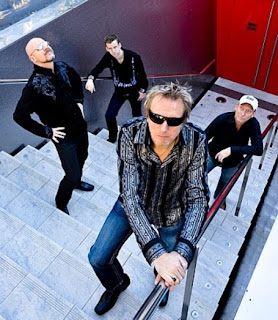 Posted by Classic Rock Here And Now at 1:55 AM