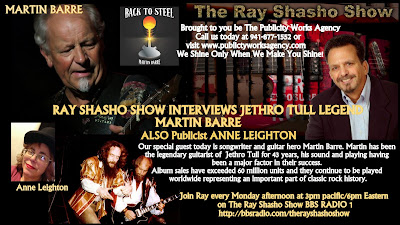 Our special guest today is songwriter and guitar hero Martin Barre. Martin has been the legendary guitarist of Jethro Tull for 43 years, his sound and playing having been a major factor in their success. Album sales have exceeded 60 million units and they continue to be played worldwide representing an important part of classic rock history.

Martin’s guitar playing has earned him a high level of respect and recognition; he was voted 25th best solo ever in the USA and 20th best solo ever in the UK for his playing on 'Aqualung'. His playing on the album ‘Crest of a Knave’ earned him a Grammy award in 1988.
Most Recently: Martin Barre has announced the release of his sixth and most important solo album to date. Back to Steel celebrates the guitarist’s 50-year career with a return to his roots of steel strings and electric guitars released through Garage Records and will be available through www.martinbarre.com, iTunes and Amazon.com initially. Martin Barre and his band have started their 2015 tour throughout the UK and Europe. Following Cruise to the Edge in November 2015 in Florida, Martin and his band will also be touring the U.S.

It is my great pleasure to welcome the legendary guitarist of
Jethro Tull …Martin Barre. 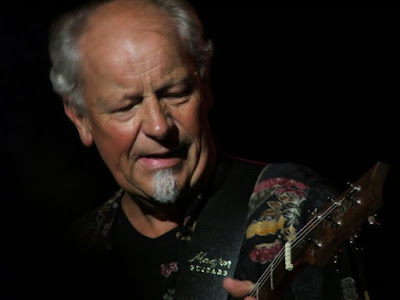 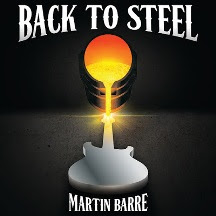 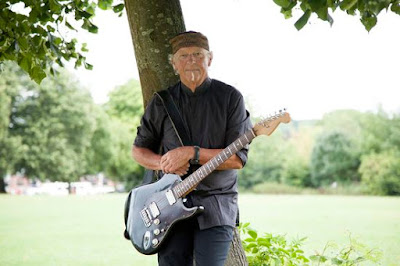 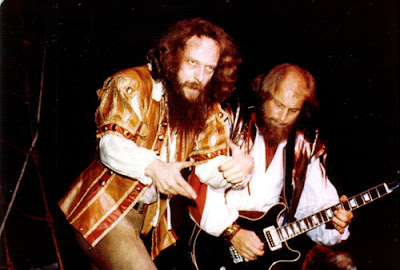 Anne’s worked in radio at WZIR-Buffalo, WRNW-Briarcliff Manor, WFUV-Bronx, WBUZ-Fredonia, and was an editor at HIT PARADER magazine, plus freelanced for a number of magazines including FELINE WELLNESS, CATFANCY, MUSCLEMAG INTERNATIONAL, INSIDE KARATE/KUNG FU, GOLDMINE, and CREEM. Anne’s play’s include REACH FOR THE SUN, which was performed by Poets Repertory Theater of Long Island, ONE WAY TO HEAVEN performed by the San Antonio Living Church, and THE PASSION OF MARY which was read at the Kingsbridge Library Center in her hometown of the Bronx.

THE LEIGHTON EXPLOSION officially released on October 8th and available to purchase now at amazon.com.

I’ve worked with Anne for several years now and she’s one of the best in the business.

It’s my pleasure to welcome Anne Leighton
to The Ray Shasho Show! 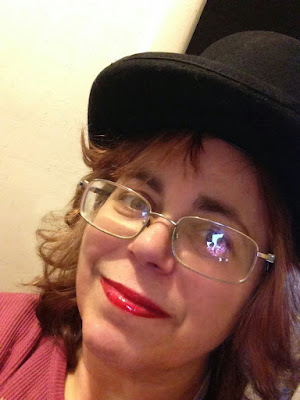 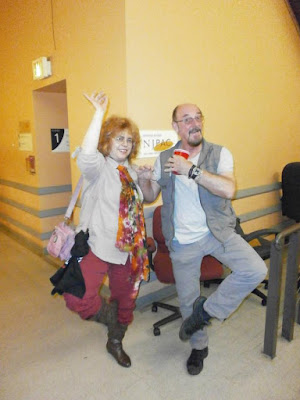 Posted by Classic Rock Here And Now at 6:55 PM No comments: 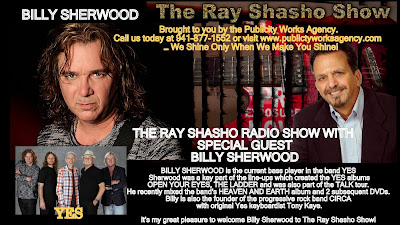 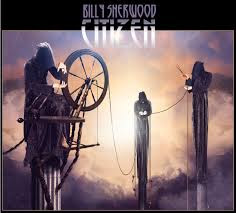 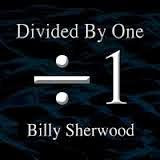 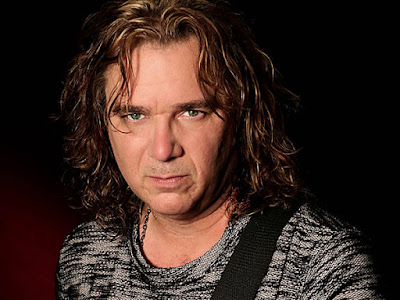 Posted by Classic Rock Here And Now at 2:08 AM No comments: 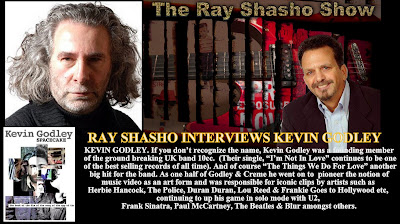 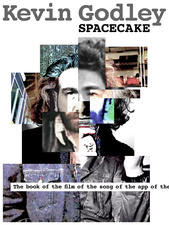 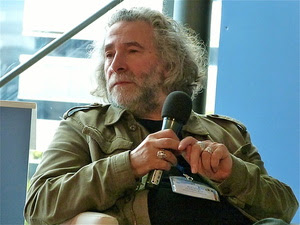 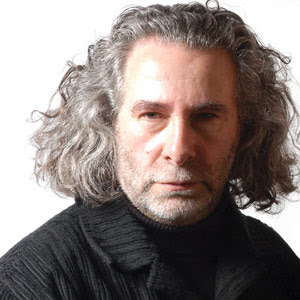 Posted by Classic Rock Here And Now at 1:52 AM No comments: