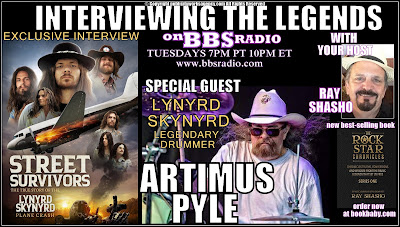 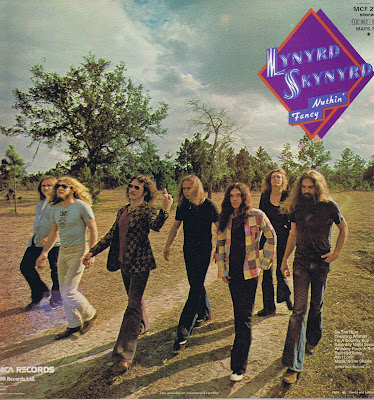 Artimus got his first real break at the Charlie Daniels band's Volunteer Jam. His first recording lists -- Artimus Pyle, percussion. Then with other work for the Marshall Tucker Band, Artimus became known as a powerful session drummer.
Using his connections with Charlie Daniels and Marshall Tucker, both acts that toured often with Skynyrd, Artimus met with Ronnie VanZant and Ed King at Studio One in Doraville, Georgia. The results of that meeting -- Saturday Night Special -- greatly impressed Ronnie. Artimus' live debut with the band took place in Jacksonville's Sgt Pepper's Club in October 1974. The gig, a show to raise money and awareness for Jacksonville's food bank, was hot Everyone remembers the band walking through the front door and into a crush of people that doubled the legal occupancy of the club. Playing under the hot lights in an over-packed club with an underpowered air conditioner made for a memorable night When Bob Burns left the band permanently following Skynyrd's first European tour in December 1974, Artimus quickly got the nod as Skynyrd's new drummer. 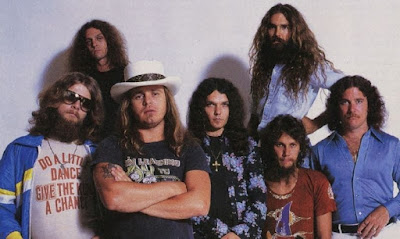 The years Artimus played with Skynyrd were the years that solidified the legend behind the band. Quickly developing into one of the nation's top touring draws with a grueling schedule of 300 shows a year, the constant work and touring paid off. By October 20, 1977, Skynyrds songs had become radio staples.
More than just a "tribute" to Lynyrd Skynyrd a tribute to the man that defined it. Artimus Pyle has said " If it wasn't for Ronnie, no one would know my name." Since his departure from Skynyrd in 1991 , Artimus Pyle's career has led him down an amazing path of solo records and projects culminating into one the finest tributes to southern rock royalty. 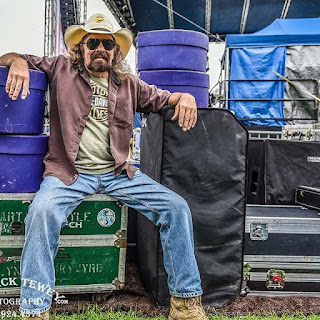 The Artimus Pyle Band is a high energy, true to the music, and true to the era rock group. One of the few that is on the road today. Artimus Pyle, Brad Durden, Jerry Lyda, Dave Fowler, and Scott Raines are not only a group of friends and contemporaries but a group with some of the most seasoned musician in the southeast. 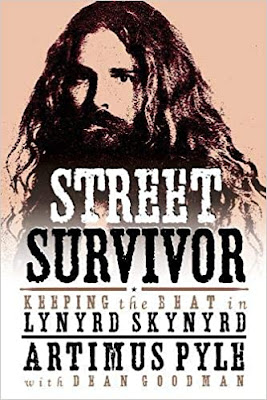 ARTIMUS PYLE was born in Kentucky and raised in Tennessee and Ohio. He joined the US Marines in 1968 and Lynyrd Skynyrd in 1974. He played drums on four albums, including Street Survivors, released three days before the plane crash that killed his friends Ronnie Van Zant, Steve and Cassie Gaines, and Dean Kilpatrick. He has five children, and lives in Black Mountain, North Carolina. DEAN GOODMAN (Los Angeles) is a veteran journalist, lives in Los Angeles. He is the author of Strange Days: The Adventures of a Grumpy Rock n Roll Journalist in Los Angeles.
ORDER
S t r e e t   S u r v i v o r s:
The True Story of The Lynyrd Skynyrd
Plane Crash
Format: DVD -Available at amazon.com 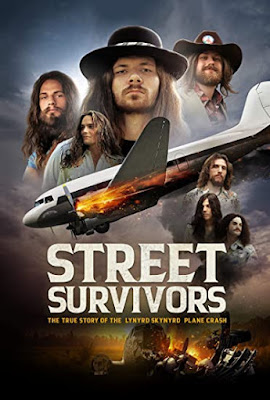 In 1977, a plane carrying Southern rock legends LYNYRD SKYNYRD mysteriously runs out of gas mid-air en route to a concert, crashing into a dangerous Mississippi swamp while killing several of the band members, crew and both pilots. STREET SURVIVORS: The True Story of The Lynyrd Skynyrd Plane Crash tells the story thru one of the survivors, drummer Artimus Pyle, who not only survived the fatal crash (that claimed the life of the band's founder and front man Ronnie Van Zant amongst others), but who also bravely pulled the remaining survivors out of the plane wreckage before staggering towards the nearest farmhouse in rural Mississippi to seek help.
Discography
LYNYRD SKYNYRD
Lynyrd Skynyrd Nuthin' Fancy (1975)
Gimme Back My Bullets (1976)
One More from the Road (1976)
Street Survivors (1977)
Legend (1987)
Southern by the Grace of God (1988)
Lynyrd Skynyrd 1991 (1991)
Artimus Pyle Band
A.P.B. (1981)
Nightcaller (1983)
Live from Planet Earth (2000)
Artimus Venomus (2007)

Author Interview - Ray Shasho
By Literary Titan
The Rock Star Chronicles uses your interviews with rock legends to humanize them and preserve their contribution to the genre. Why was this an important book for you to write?


Music is a universal language that we all sh
Posted by Classic Rock Here And Now at 1:07 AM