Tom Rush is a gifted musician and performer, whose shows offer a musical celebration…a journey into the tradition and spectrum of what music has been, can be, and will become. His distinctive guitar style, wry humour and warm, expressive voice have made him both a legend and a lure to audiences around the world. His shows are filled with the rib-aching laughter of terrific story-telling, the sweet melancholy of ballads and the passion of gritty blues. 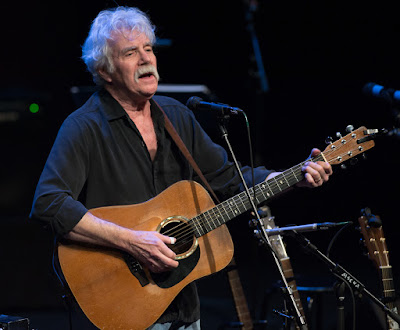 Rush’s impact on the American music scene has been profound. He helped shape the folk revival in the ’60s and the renaissance of the ’80s and ’90s, his music having left its stamp on generations of artists. James Taylor told Rolling Stone, “Tom was not only one of my early heroes, but also one of my main influences.” Country music star Garth Brooks has credited Rush with being one of his top five musical influences. Rush has long championed emerging artists. His early recordings introduced the world to the work of Joni Mitchell, Jackson Browne and James Taylor, and in more recent years his Club 47® concerts have brought artists such as Nanci Griffith and Shawn Colvin to wider audiences when they were just beginning to build their own reputations.

In 2012, he began a revival of his Club 47® shows at Boston’s Symphony Hall. Tom Rush: 50 Years of Music, featured old friends David Bromberg, Jonathan Edwards and Buskin & Batteau, and new friends like Dom Flemons of the Carolina Chocolate Drops. The show was streamed live, and has been released as a DVD video.
He followed up with a sold-out show at Symphony Hall in 2013, with the Kweskin Jug Band, Maria Muldaur, Geoff Muldaur and Bill Keith, Patty Larkin, Sarah Lee Guthrie and Johnny Irion.

Today, Tom Rush lives in Massachusetts when he’s not touring. His voice has grown even richer and more melodic, and his music, like a fine wine, has matured and ripened in the blending of traditional and modern influences. He’s written a number of new songs. He’s doing what he loves, and what audiences love him for: writing and playing …passionately, tenderly…knitting together the musical traditions and talents of our times.

For more information about Tom Rush including
upcoming concert dates
visit ...
www.tomrush.com
and 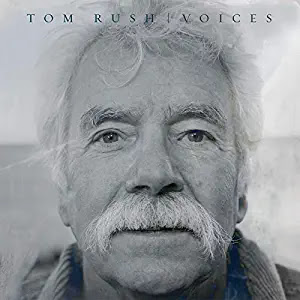 2018 release. Tom Rush's Voices is the CD that fans of modern folk music and contemporary singer-songwriters have been waiting for 50 years. 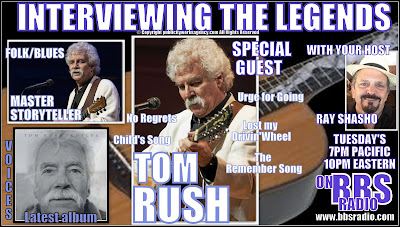 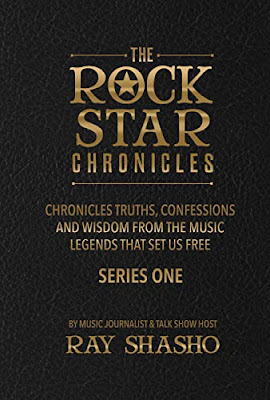 MY NEW BOOK IS FINALLY OUT!
ENTITLED
THE ROCK STAR CHRONICLES
TRUTHS, CONFESSIONS AND WISDOM FROM THE MUSIC LEGENDS THAT SET US FREE
…Order yours today on Hardcover or E-book
at bookbaby.com or amazon.com
Featuring over 45 intimate conversations with some of
the greatest rock legends on the planet