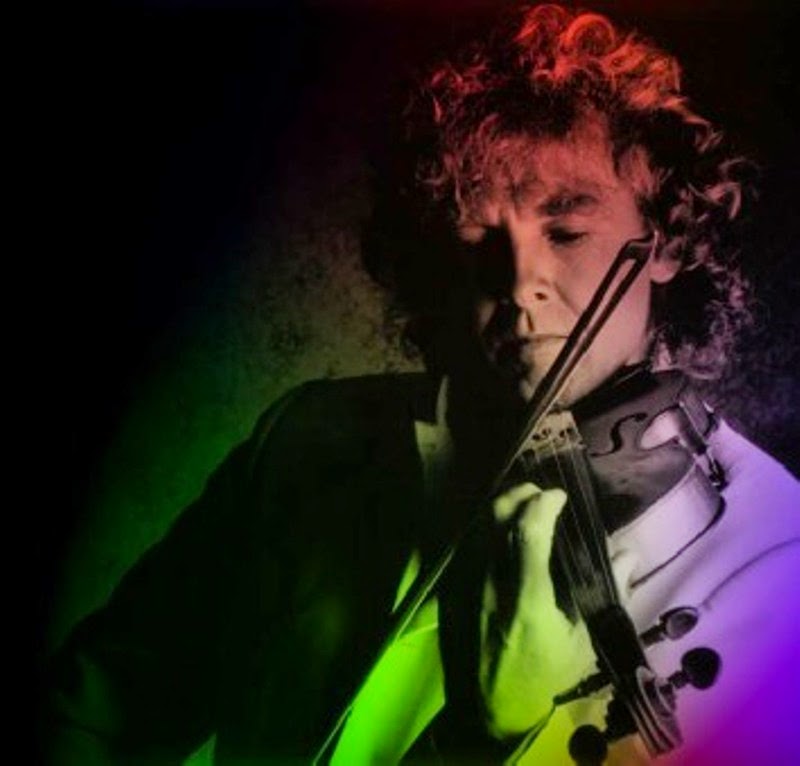 British progressive rock & classical music virtuoso Darryl Way has been perfecting his artistry and passion for the electric violin for over four decades. Way recognized that installing pickups underneath the strings of a violin would essentially operate it in the same way that an electric guitar works. After listening to ‘Children of the Cosmos’ Darryl Way’s latest CD, I’m thoroughly convinced that Way has accomplished his longtime artistic endeavor.

‘CHILDREN OF THE COSMOS’ in essence is a one-man show starring progressive rocker Darryl Way. Way wrote all the music on the CD except for “Fire with Fire” which lyrics are written by Billy Lawrie, the brother of 60’s Scottish Pop singer, Lulu (“To Sir, with Love”). “Fire with Fire” is a powerful track that also spotlights the amazing vocals of Darryl Way’s Daughter, ‘Rosie.’ All instrumentation and melodies on the release are composed by Way, and for an added and rare bonus, Darryl elected to sing on the album. Way’s musical dexterity takes center stage on ‘Children of the Cosmos.’ As in his earlier days with Progressive Rock legends ‘Curved Air,’ Way integrates his classical virtuosity with rock music. Way enjoys exploiting the latest technology while incorporating state-of-the-art synthesizers into his compositions and presenting the musical illusion of a full-sized orchestra. On many tracks, Way’s electric violin parallels performances of such prodigious guitarists as John McLaughlin or Jeff Beck. Way also captured Ravi Shankar’s distinguished Sitar on one of my favorite tracks on the CD entitled “Summer of Love.”

I chatted with Darryl Way recently about … His new CD entitled ‘Children of the Cosmos’… The electric violin vs. the electric guitar …‘Curved Air’…Working with Ian Anderson and Jethro Tull, Playing with ‘Pierre Moerlen’s Gong’…My infamous ‘Field of Dreams’ question … and much more!

“I stay abreast on the very latest technology because it gives me that feeling to be able to do the things I want to do here in the studio and fulfills all my needs basically. It’s nice to work with bands and other people, but from a creative point of view, it’s lovely to have these fantastic sound powers.”
Ray Shasho: Let’s talk ‘Curved Air’ … you wrote the haunting psychedelic rocker “Marie Antoinette” just A brilliant tune! Was “Propositions” your song as well?
Darryl Way: “Propositions” was written by Francis Monkman, he was always very keen with working on different time signatures and that’s one of the pieces he wrote. That was always a bit of a showstopper when we did it live.”
Ray Shasho: I like the story of how you first met your future ‘Curved Air’ bandmate Francis Monkman …
Darryl Way: “I was picking up my electric violin for the first time at a music store. We had this idea of putting guitar pickups underneath the metal strings, up until that time most of the violins had gut strings or wound gut strings and there was a company called Thomastick who developed all metal strings around the 70’s. We took it to this music shop named Orange on Denmark Street in the West End of London. So that gave suddenly the possibility if you had a pickup underneath the strings of a violin you could operate it in the same way that an electric guitar works. They said they’d do it and try and put it together. We gave them an old violin and they put the pickups underneath and that was the first day that I picked it up and plugged into an amplifier. Francis (Monkman) happened to be in the shop and he heard this great big noise coming from a tiny violin and he was very impressed. He was at the Royal Academy of Music and I was at the Royal College of Music and so that’s how we got together, and we swapped phone numbers. He had a couple of players that he was working with and I had a player that I was working with named Nick Simon who was an American studying music in London as a pianist. So we formed a band together called Sisyphus which was the beginnings of ‘Curved Air,’ and we were all trained musicians except for the bass player.”

“We were all inspired by the music that was happening around us, at that time there was The Nice with Keith Emerson and he was obviously leading towards classical music, and King Crimson with Robert Fripp … there was a feeling amongst us crossover musicians that we had that little window of opportunity to get involved in popular and rock music, and that was the liberating thing for us.”
Ray Shasho: Why do you think “Back Street Luv” (#4 UK singles chart) was selected to be mainstream radio’s hit song?
Darryl Way: “I don’t really know… Warner Brothers probably just decided that they were going to push a single and that was the one. In those days you looked down your nose at having a hit single because we were an album band. But to sell albums you still had to have a hit single, and that’s what Warner Brothers thought I think. So they really pushed that and made it a hit, which we were all grateful.”
Ray Shasho: You had several bands after ‘Curved Air’ including … ‘Darryl Way's Wolf’ and ‘Stark Naked and the Car Thieves’?
Darryl Way: “That’s when I got together with Stewart Copeland, because after ‘Wolf’ I was managed by Miles Copeland. Miles said my brother is a drummer, why don’t you try getting together with him. So Stuart and I had a jam in a basement at Miles’ house in London. It was a very strange jam if you could imagine … Stuart on drums and me on violin jamming in a basement. But I quickly realized that he was a very talented drummer. We created a band with George Hatcher on vocals, Phil Kohn on bass and Mick Jacques on guitar. The band was very blues orientated and we did one gig only before Miles decided to put ‘Curved Air’ back together. So Curved Air went back on the road again and Stewart Copeland came with us as our road manager. After the original lineup did the reunion tour, the drummer and bass player didn’t want to carry on, so we used Phil Kohn on bass and Stewart came in on the drums.”
Ray Shasho: You played on one of my favorite Jethro Tull albums ‘Heavy Horses’ (1978) …talk about working with Ian Anderson.
Darryl Way: “When we were touring America we toured with Jethro Tull. Ian and I got along quite well and we also socialized when we weren’t on tour. He decided that he wanted to have a violin on the album and so he chose me to do it. Ian Anderson was very specific what I should play and quite a perfectionist and everything had to be exactly the way he wanted it. I haven’t seen him for decades but we use to hang out in the old days. Of all the bands that we toured with in the 70’s, the biggest reaction I’ve ever seen by an audience was with Jethro Tull.”
Ray Shasho: You worked with ‘Gong’ for awhile as well?
Darryl Way: I can only really remember doing a gig, we did a festival in Paris and I can’t remember the recording session. We also did a live television show on ‘The Old Grey Whistle Test’ and that was ‘Pierre Moerlen’s’ Gong, and to be brutally honest with you … I was struggling with it because I’m not a jazz player. I admire the art form but not able to play it. I was very uncomfortable taking over for Didier Lockwood who played with Stéphane Grappelli, that kind of playing is very tricky or very clever. I don’t have that style up my sleeve, so I was a bit of a fish out of water with that band.”
Ray Shasho: Darryl, here’s a question that I ask everyone that I interview. If you had a ‘Field of Dreams’ wish like the movie, to play, sing or collaborate with anyone from the past or present, who would that be?
Darryl Way: “Oh gosh that’s a hard one! The ones I’m thinking about are all too hot and I don’t want to play alongside people who will make me look like shit! (All laughing) It would be nice to do something with Keith Emerson, to perform with Paganini perhaps, would have loved to do something with Johnny Mac, John McLaughlin, Jerry Goodman, and for a drummer …King Crimson’s Michael Giles.”
Ray Shasho: Who is your favorite electric violinist?
Darryl Way: “Well Jerry Goodman is the one that I think really cut the mustard. Jerry was on the same kind of path as I was and really wanted to play the violin in the same way the electric guitar was developing. He can play jazz but he’s a rock violinist. I’d say Jerry Goodman was my favorite.”
Ray Shasho: Do you have plans for touring any time soon?
Darryl Way: “I did a bit with ‘Curved Air’ recently … but as age has approached touring is not my cup of tea really, but I do want to do a few gigs, that’s for sure.”
Ray Shasho: Darryl, thank you for being on the call today but more importantly for all the incredible music you’ve given us with ‘Curved Air’ and continue to bring us.
Darryl Way: “Ray thank you very much indeed.” 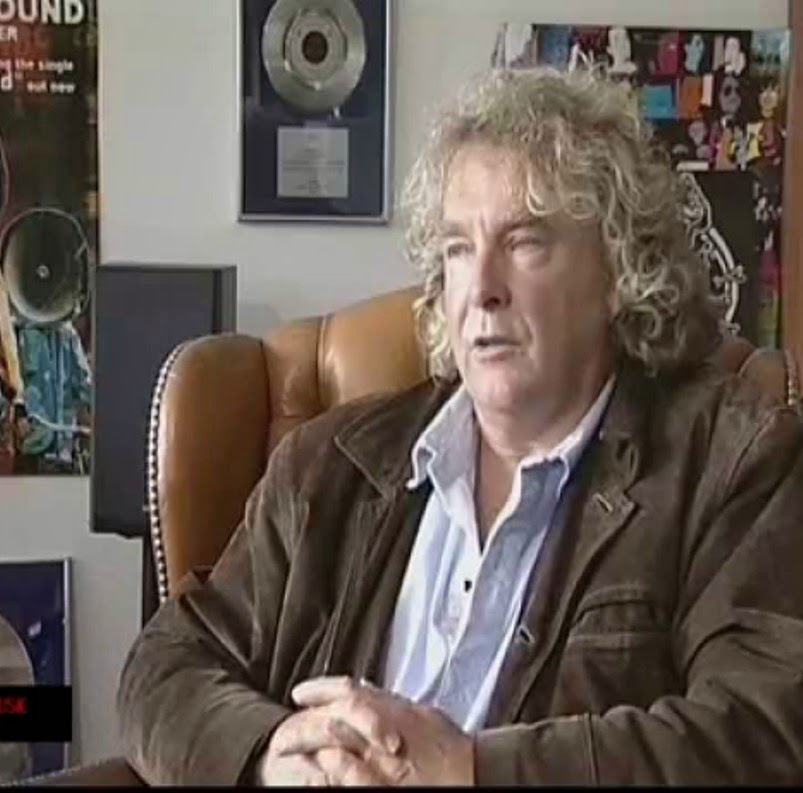 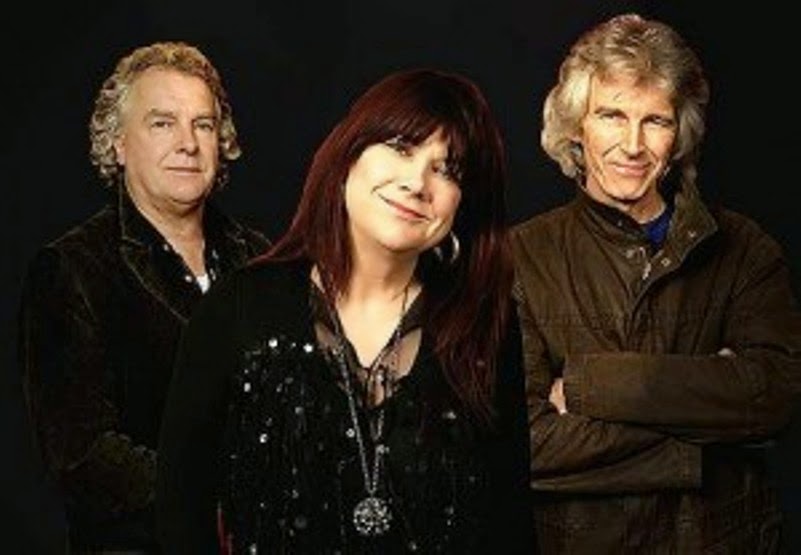 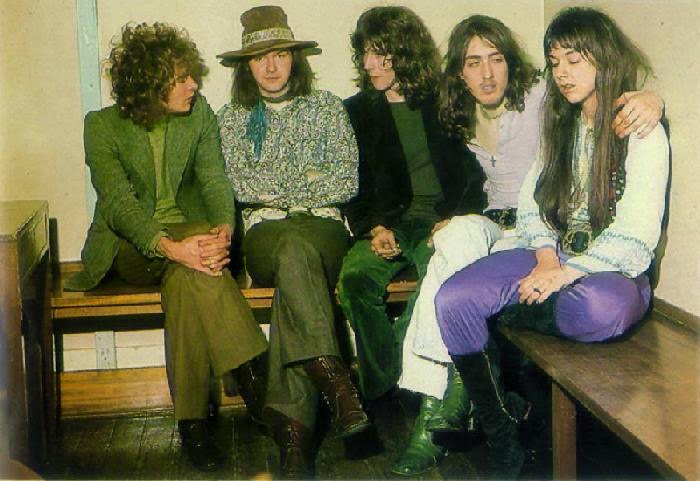 Posted by Classic Rock Here And Now at 7:50 PM