Billy Gibbons Interview: “We Fired Up the Tempo, Cranked Up the Volume, and Let It Rip ... Hard!" 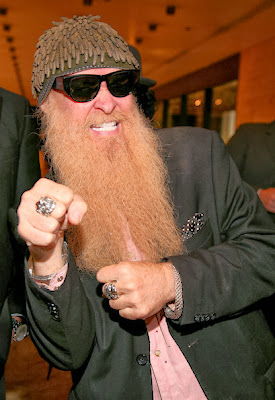 Billy Gibbons and ZZ Top have essentially pioneered its own musical genre since the release of their first studio album in 1971. The band fused hard rock, blues, and Texas boogie into their own unique sound, style, and live performance. The hard rockin’ power trio of Billy Gibbons (guitars, vocals), Dusty Hill (bassist and vocalist) and Frank Beard (drums) has energetically and persistently entertained audiences worldwide for over forty years.

ZZ Top will be bringing their Texas-style rock & blues boogie to Ruth Eckerd Hall in Clearwater, Florida on December 27th and to the Hard Rock Live in Orlando on December 29th. Tickets for the Clearwater show are available at www.rutheckerdhall.com or by calling 727-791-7400 for more information. Tickets for the Orlando show are available at www.hardrock.com or call 407-351-(LIVE) 5483.

In 2012, after a nine year hiatus from the recording studio, ZZ Top released their fifteenth studio album entitled La Futura. The album spotlights many of the attributes that has distinguished the band as rock music legends. Tracks like “Chartreuse,” “Have a Little Mercy” and “Big Shiny Nine” reminisce to the Top’s heyday while igniting habitual hot and saucy Texas boogie intoxication. “Heartache in Blue” is my favorite track on the album, an exceptional blend of the blues highlighting Gibbons impressive guitar licks with virtuoso harpist JamesHarman. The track “Flyin High” was actually requested by longtime ZZ Top fan and NASA astronaut Mike Fossum. It was played in space on-board the Soyuz spacecraft during its launch to the International Space Station.
The Best Buy version of the CD includes two bonus tracks … “Threshold of a Breakdown” and “Drive by Lover” another personal favorite and skillfully choired by bassist Dusty Hill.
La Futura is an exhilarating Texas boogie & blues pilgrimage … ZZ Top style!

BILLY GIBBONS was born and raised in Houston, Texas.  Billy received his first electric guitar after his thirteenth birthday. Some of his early influences included electric blues musician and songwriter Jimmy Reed.
While attending Warner Brothers’ art school in Hollywood, California, Gibbons played with various bands. At 18, he formed the psychedelic blues-rock group, The Moving Sidewalks, inspired by fellow musician and friend Rory Erickson of the 13th Floor Elevators. The band recorded one album entitled Flash (1968).The Moving Sidewalks were …Billy Gibbons, Tom Moore, Don Summers and Dan Mitchell.
Gibbons became a prominent songwriter with his penned releases “99th Floor” and “Need Me.”  The band performed with The Doors and with Jimi Hendrix during his first American tour. Gibbons also formed a special friendship with Hendrix. Hendrix mentioned Billy on The Dick Cavett Show by stating that Gibbons would be the next big thing as a guitarist. Hendrix gave the up and coming guitarist a pink Stratocaster.

ZZ TOP was formed in Houston, Texas in 1969. After various lineup changes, the classic line-up of Gibbons, Hill and Beard signed with London Records and recorded their debut self-titled album in 1971. Early on, Gibbons became the bands principal songwriter. The group also began a long and rewarding relationship with manager/producer Bill Ham. In 1972, the band followed up in the studio with Rio Grande Mud.
The release of their third studio album entitled Tres Hombres (1973) would define ZZ Top’s perennial sound and style while launching the band into rock stardom, performing at large arenas and stadiums. Tres Hombres (Top 10 album) was a brilliant rock & blues statement.  The album spawned the bands signature tune “La Grange” (#41 Billboard Hot 100), a song about a bordello near La Grange, Texas. Other notable tracks were “Jesus Just Left Chicago,” “Beer Drinkers & Hell Raisers” and “Waitin’ for the Bus.”

In 1975, ZZ Top released Fandango! (Top 10 album) Half of the tracks were recorded live in concert and the other half were new studio released songs. ZZ Top was now a top headlining concert attraction selling-out arenas worldwide. The Fandango tour consisted of three legs and 55 shows. It began in March of 1975 and ended February of 1976. Various supporting acts during the tour included KISS, Status Quo, Peter Frampton, R.E.O. Speedwagon, Aerosmith and Blue Ӧyster Cult to name a few. Fandango spawned the hit single “Tush” (#20 Billboard Hot 100).

In 1990, ZZ Top released Recycler. It was their final album with Warner Brothers Records. The track “Doubleback” was featured in the film Back to the Future Part III. The single “My Head’s in Mississippi” reached #1 on the Billboard Album Rock Tracks chart.
In 1994, the band signed with RCA Records and released their 11th studio album entitled Antenna.  The single “Pincushion”reached #1 the Mainstream Rock Tracks charts. Billy Gibbons co-produced with Bill Ham on the album.

In 2004, ZZ Top was inducted into the Rock and Roll Hall of Fame by Keith Richards. ZZ Top has generated 11 gold records, 7 platinum, 13-multi-platinum records, while selling over 25-million units.

The band continues to tour relentlessly and still packs the house worldwide.

I had the rare opportunity to ask Billy about ZZ Top’s current tour, the band’s latest studio release, his relationship with Jimi Hendrix, my infamous “Field of Dreams” wish question, and much-much more.

Very special thanks to Bob Merlis 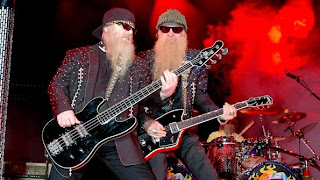 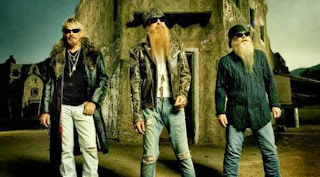 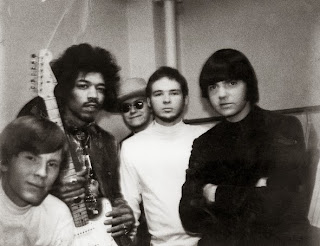 Posted by Classic Rock Here And Now at 8:11 PM