Gary Lewis of the Playboys Interview: Happy Together Tour 2013 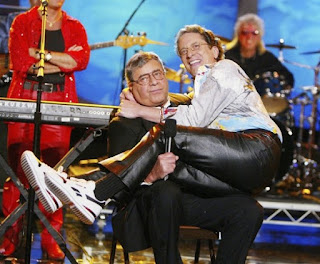 
The annual Happy Together tour kicks off on June 8th in Biloxi, Mississippi and arrives at Ruth Eckerd Hall in Clearwater on Friday June 14th. This year’s incredible lineup of legendary 60’s and 70’s Hit Makers are headlined and hosted by The Turtles featuring Flo & Eddie, Chuck Negron of Three Dog Night, Gary Puckett the lead singer from the Union Gap, Mark Lindsay the voice of Paul Revere & the Raiders and Gary Lewis of The Playboys.

These Five legendary music artists have generated over (60) Top 40 hits (half in the Top10) including (6) number one hits. The tour will span 54 cities in the U.S. and Canada.
Tickets for the Ruth Eckerd Hall show are available at www.rutheckerdhall.com or by calling 727-791-7400.

GARY LEWIS and The Playboys became instant sensations after their first music gig in Disneyland and eventually performed to packed houses nightly. Gary Lewis was the lead singer and drummer, David Costell on lead guitars, Al Ramsay on bass guitar, David Walker on guitar and John West on Cordovox (electronic accordion).
Gary Lewis is the son of legendary comedienne and actor Jerry Lewis and Patti Palmer Lewis (née Esther Calonico) a former singer with the Ted Fio Rito Orchestra. Now it was Gary’s turn to begin an illustrious entertainment career in rock and roll.

In the summer of 1964, by suggestion of band leader Les Brown (His Band of Renown), Gary Lewis & The Playboys were invited into the recording studio by producer/arranger Snuff Garrett. Garrett’s musical partner was Leon Russell. The band immediately scored commercially with an Al Kooper/Bob Brass/Irwin Levine penned composition entitled “This Diamond Ring.” The song reached #1 on Billboard’s Hot 100 chart. With a little help from his famous dad, the group was asked to appear on The Ed Sullivan Show. After their appearance, Gary Lewis & The Playboys became household names.

1965 became a momentous year for Gary Lewis & The Playboys. “This Diamond Ring” sold over one million copies and became a gold disc. Cashbox Magazine named Gary Lewis “Male Vocalist of the Year,” and a string of hits just kept on coming.  The Playboy’s second hit single “Count Me In” reached #2 on the charts. The band continued to churn out the hits with “Save Your Heart for Me” (#2 Billboard Hot 100 Hit), “Everybody Loves a Clown” (#4 Billboard Hot 100 Hit) and “She’s Just My Style” (#3 Billboard Hot 100 Hit).
Lineup changes during this period included adding … Tom Tripplehorn, Carl Radle  and Jimmy Karstein.

Gary Lewis was drafted into the U.S. Army on January of 1967 and later served in the Viet Nam War. Lewis returned to music after his discharge from the Army but could not recapture the amazing success generated before he was drafted. The music culture had also changed with the emergence of hard rock and psychedelic.

Gary Lewis &The Playboys generated (17) Top 40 hits, (8) gold singles and (4) gold albums in a period when the Brits were dominating the American airwaves. The group sold (45) million records worldwide.
The band appeared on American Bandstand, Hullaballoo, Shindig!, The Tonight Show starring Johnny Carson, The Mike Douglas Show and The Ed Sullivan Show (6) times … to name just a few of their Television appearances.

He was also featured in several movies including …Way… Way Out, A Swingin’ Summer, The Family Jewels, Out of Sight and My Boyfriends Back.

Lewis resurfaced with a new band as a nostalgia act to great success.

TODAY Gary Lewis is 66 years of age and lives in Rochester, New York. He will be rejoining the Happy Together tour since sharing the stage in 1985 with The Turtles (featuring Flo & Eddie), The Mamas & the Papas, The Grassroots and The Buckinghams.

In 2012,  Gary Lewis & The Playboys released a brand new single entitled “You Can’t Go Back.” The song was written by Lewis and Nick Rather.

I had the great privilege of chatting with Gary Lewis recently about Happy Together 2013, his incredible journey with Gary Lewis & The Playboys, getting drafted, a famous dad …and much-much more!

Coming up next … an interview with Chuck Negron of Three Dog Night and the Happy Together Tour 2013.
Check out Happy Together 2013 show dates here www.pollstar.com
Tickets for Happy Together 2013 at Ruth Eckerd Hall in Clearwater, Fl are available at www.rutheckerdhall.com or by calling 727-791-7400.
Gary Lewis & The Playboys official website www.garylewisandtheplayboys.com
Download Gary Lewis & The Playboys latest single “You Can’t Go Back” at itunes.
Very special thanks to Jeff Albright of The Albright Entertainment Group.

Purchase Ray’s very special memoir called ‘Check the Gs’ -The True Story of an Eclectic American Family and Their Wacky Family Business … You’ll LIVE IT! Also available for download on NOOK or KINDLE edition for JUST .99 CENTS at amazon.com or barnesandnoble.com   - Please support Ray so he can continue to bring you quality classic rock music reporting. 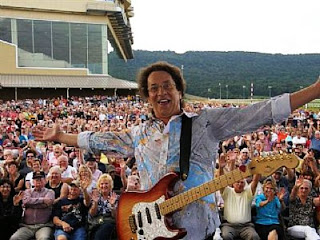 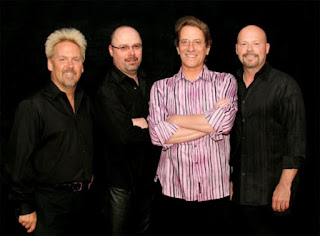 Posted by Classic Rock Here And Now at 3:36 PM