Exclusive: John Mayall to Celebrate his 80th Birthday While Performing in Sarasota 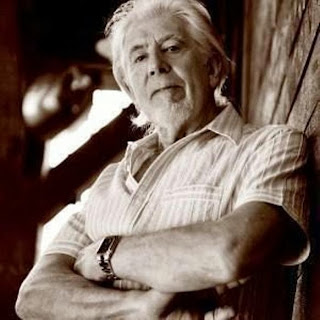 John Mayall is appropriately acknowledged as the “Father” or “Godfather of British Blues.” His magnificent musical journey spans over a half century. Mayall is a virtuoso multi-instrumentalist, singer, songwriter, producer and bandleader acclaimed for founding and pioneering The Bluesbreakers, a medley of musicians that integrated various lineups and prompted the careers of legendary artists such as Eric Clapton, Peter Green, Mick Taylor, Jack Bruce, John McVie, Roger Dean, Mick Fleetwood and Keef Hartley to name just a few. Many of the proficient musicians that Mayall inducted into his Bluesbreakers band are already in the Rock and Roll Hall of Fame … So why hasn't John Mayall been inducted yet?

John Mayall will be celebrating his 80th birthday while performing with his band on November 29th at the Sarasota Municipal Auditorium in Sarasota, Florida with special guests Larry McCray and Tucci. For tickets and further information visit www.brownpapertickets.com/event/466811 or call (941) 954-4165 for more information. The Sarasota Municipal Auditorium is located at 801 N. Tamiami Trail, Sarasota, FL 34236.

JOHN MAYALL grew up in a village near Manchester, England and initially learned about jazz and the blues by listening to his father’s record collection. Mayall spent two years at art school. At 18, he worked in the Royal Engineers for national service (military duties) as an office clerk in the south of England and Korea.

In 1962, Alexis Korner and Cyril Davies opened a new club devoted entirely to blues music. This became the catalyst for Mayall to give up his day job of graphic design and form a blues band. He moved from Manchester to London and began assembling musicians under the branding of 'The Bluesbreakers.' Mayall was thirty years old.

Peter Green replaced Eric Clapton on their next release A Hard Road (1967). Green and John McVie also had ambitions goals of starting their own band and formed Fleetwood Mac. The Bluesbreakers hired Mick Taylor for their next release entitled Crusade (1967). Taylor would eventually leave to join The Rolling Stones.
Throughout the years …Eric Clapton, Mick Taylor, Roger Dean and Jack Bruce revisited The Bluesbreakers while contributing on various studio recordings. John Mayall is highly respected for incorporating legendary band members and studio musicians under the Bluesbreakers umbrella.
In 1969, John Mayall moved from England to Laurel Canyon in Los Angeles.

Throughout the 70’s … Mayall incorporated jazz, pop and funk into his repertoire while working with such performers as Red Holloway, Blue Mitchell, Larry Taylor, and Harvey Mandel.

The 2001 release, Along for the Ride featured Peter Green, Mick Taylor, John McVie, Billy Gibbons (ZZ Top), Steve Miller, Billy Preston, Steve Cropper, Otis Rush, Gary More, Jeff Healey, Shannon Curfman and Jonny Lang.
John Mayall celebrated his 70th birthday during a fundraiser event called ‘Unite for Unicef’ in Liverpool, England and was filmed, recorded and released as a DVD and double CD in December of 2003. The concert featured old friends Eric Clapton, Mick Taylor and Chris Barber.
The BBC aired an hour-long documentary of John’s life and career entitled ‘The Godfather of British Blues.’ Mayall was also awarded an OBE (Orders, decorations, and medals of the United Kingdom) by The Queen’s Honours list.
In 2007, John Mayall released his 56th album, the critically-acclaimed … In the Palace of the King a tribute to Freddie King.
John Mayall has also released numerous live recordings on his own online label, Private Stash Records which are available on his website at www.johnmayall.com.

In 2008, John Mayall officially retired the name ‘Bluesbreakers’ and opened a new chapter with The John Mayall Band.
In 2009, John Mayall released Tough with his new band.

Very special thanks to Jane Ebdon

Coming up NEXT … My interview with Julian Lennon 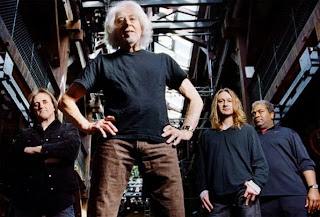 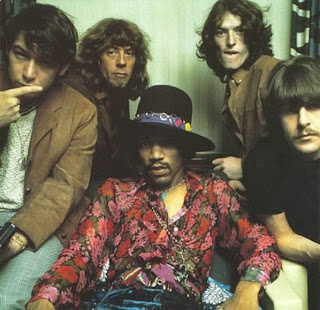 Posted by Classic Rock Here And Now at 12:59 AM